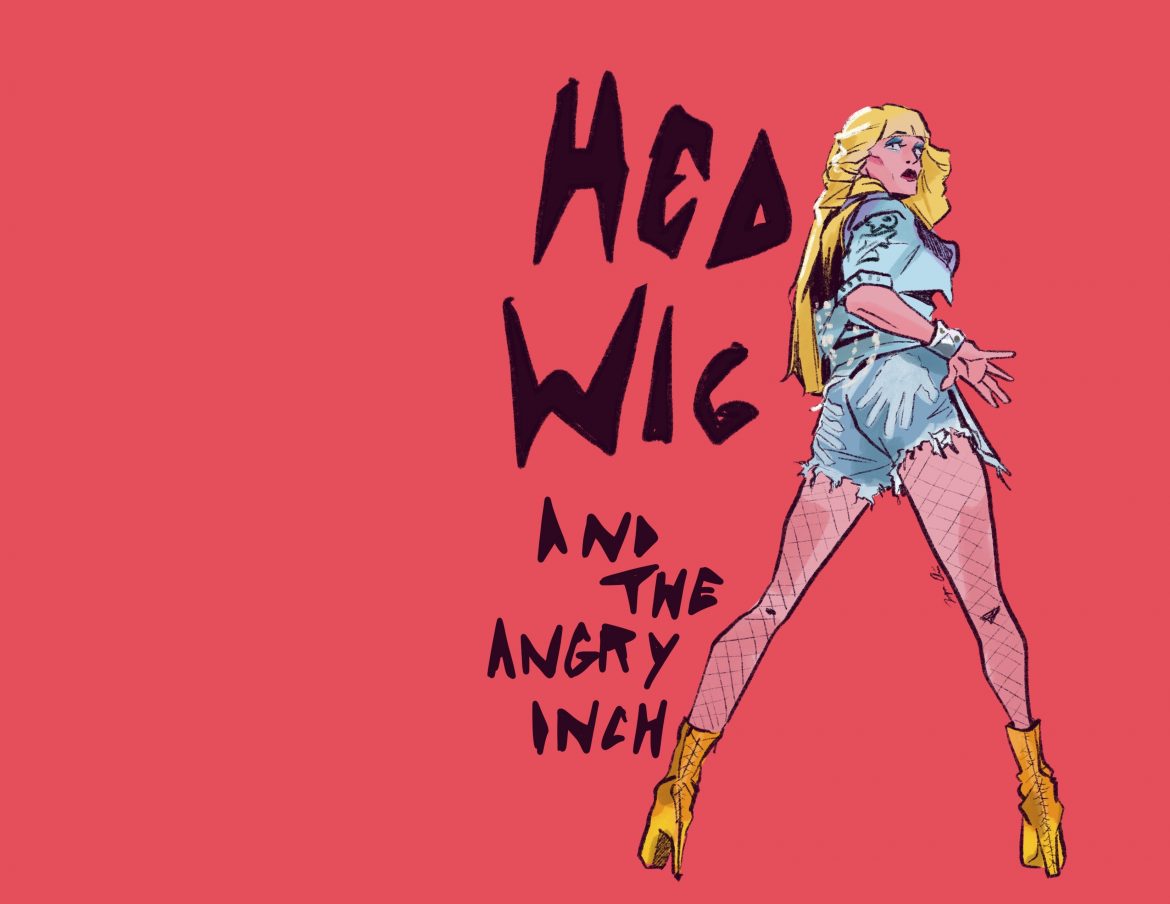 After a particularly stressful week of writing midterms, I took a break from studying at the Kelly Library and made my way over to the Cat’s Eye to watch the Victoria College Drama Society’s (VCDS) production of Hedwig and the Angry Inch. Directed by award-winning theatre artist Anthony Palermo, Hedwig ran from October 14 to 15, and it is the first musical VCDS has produced on campus since the pandemic. The show follows genderqueer rock singer Hedwig Schmidt as she explains how she ended up performing for us in a band called “The Angry Inch.”

As audience members found their seats, they were greeted with warm fairy lights hanging from the ceiling, rainbow projections on the wall, and ABBA blaring on the speakers. Needless to say, it was a very inviting atmosphere. When the show began, it was clear that this would be a musical by students for students. It was personalized in a way that kept the production current and engaging. For example, in this production, Hedwig’s set canonically takes place in the Cat’s Eye. And the hilarious quip at Lea Michele’s expense works because she is currently (and controversially) starring in Funny Girl on Broadway.

Thomas Cardoso Quinn as Hedwig is a star. Their energy is electric, and it is matched perfectly by Emma Coulson’s portrayal of Yitzhak. Their vocals were sharp and the harmonies were stunning. Most importantly, their comedic timing was on point. The comedy in this show is interwoven carefully with the emotionally difficult parts of it. As a thought-provoking story about gender expression and love, it demands a delicate balance of the two to tell an authentic story, and it was achieved quite nicely in this production. I was amazed that the story could be told so well with only two actors on stage.

Come to think of it, the musical ensemble who were on stage the whole time probably count as actors too, as they embodied the rest of “The Angry Inch.” Each member of the band wore a fabulous wig to compliment Hedwig’s (I can’t believe I had to watch the show to get the pun: “Hedwig” = “Head wig”). In one of my favourite moments of the production, Hedwig pulls off a wig only to find another one lying underneath it. Wigs are a very big deal in this musical, and I loved it.

The Cat’s Eye stage was also utilized perfectly. In the show, Hedwig’s set runs parallel to rockstar Tommy Gnosis’ concert, and a door would open to invite us to that venue every so often. The door, along with the great video aids created by Isabella Cesari that juxtaposed new and old gender ideals, did the work of transcending the physical boundaries of the stage. The intimate setting also lent itself to audience collaboration. We got to sing along to “Wig in a Box” while lyrics were projected on the wall, and we didn’t need to be asked to lift up our hands during the final song “Midnight Radio.”
If you missed Hedwig and the Angry Inch, don’t worry! Anthony Palermo is directing an immersive production of Angels in America with the St. Mike’s Troubadours in January 2023, so be ready to grab tickets when they go on sale.