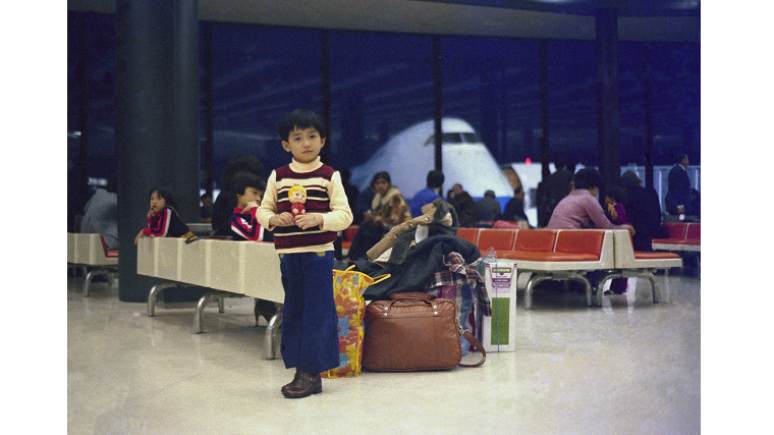 The first glimpse of the Royal Ontario Museum (ROM)’s new exhibit “The Family Camera” is that of a hallway covered in door-length mirrors and enlarged family photographs. The lighting is dim, and walking past the mirrors it is easy to feel connected with the myriad of faces featured on the wall. This introduction into the exhibit puts the viewer on par with the photos being featured and encourages the viewer to consider their own story and how their story relates to the larger Canadian narrative.

The stated aim of the exhibit is to “discover the connections between family, photography, and migration and bring your idea of family into focus,” and indeed, this exhibit combines imagery from multitudes of families to create a theme of the importance of familial heritage and identity. One of the most striking aspects of the exhibit is a portion in which four different family photographs feature Niagara Falls.

The continuity between the photographs is moving because while they were taken at different times and the families are all from different places, they still all went to the same place: Niagara Falls, one of the iconic symbols of Canada. It is a very touching part of the exhibit because it prompts the viewer to consider their own first visit to Niagara Falls and what it represents to newcomers to Canada.

Another interesting portion of the exhibit includes the various cameras featured in the center of the room. Ranging from early cameras to modern iPhones, this part prompts the viewer to consider the role technology has played in preserving public memory. A video plays across the room as well, with various newcomers interviewed on the importance of taking photographs.

A fascinating part of the exhibit is a recreated family living room with a television in front of it, featuring yet more photographs. Each photograph is from a different time, but all the photographs depict families who moved to Canada. What is especially moving is the universality of the living room, the photographs, and of the human experience of being uprooted in order to start life again in a different place.

The ROM states on its explanatory notes that the exhibit “considers the social, political, and technological influences that impact how we conceptualize and rep- resent family,” and the exhibit does succeed in presenting to the viewer a wider sense of what it means to be a family, and how that is documented: “Family photographs record. They also shape our understanding of ourselves and the world around us.”

“The Family Camera” exhibit is at the Royal Ontario Museum until October 29, 2017. Be sure to check this wonderful experience out!