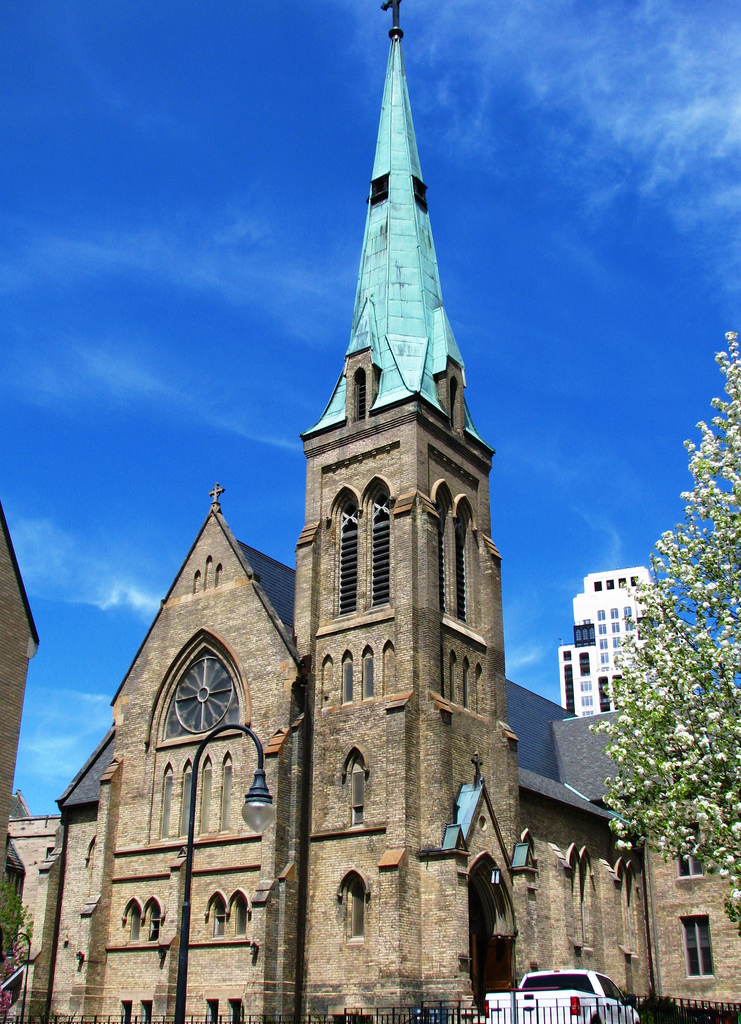 In the chapel at Hart House there are three windows, all seemingly random designs that stand out from the rest. Though beautiful, the contrasting colours, shapes, and designs make the overall effect initially quite puzzling and out of place. That is, until you learn that these particular mosaics are crafted from shards of shattered stained-glass windows originally found in French and Belgian churches, all decimated during World War I. Student soldiers from this university collected different pieces from different churches along their campaigns and brought them back where they have been memorialized in the chapel windows at Hart House.

The reason I bring up this story is that there are some things worth saving, some traditions that ought not to be forgotten, and some contributions that should not be ignored, despite the inevitability of time and the constant march of progress. That being said, this story is also about making something special from things that ordinarily would never have come together. Here at the University of Toronto, we are living in the shadow of a prestigious and often intimidating history, one that shapes much of what we do. Yet we are also challenged to come together in ways hitherto unimagined to create new ideas and to forge ahead into uncharted territory; in short, to make our own unique mark on the world. In order to do that we are saddled with the demanding task of balancing the old and the new, deciding what to preserve and what to prune for the next generation of students. And I feel that in particular, St. Mike’s feels this pressure as a historically Catholic college within a secular university. As St. Mike’s students head further into 21st century life, what will faith at the college mean? And what role will faith play in the daily lives of students?

Weighing in on this matter are a number of first-year students. “Within the St. Mike’s community, I believe that we are all under the general umbrella of faith,” said Emily So. “However, opinions about those ideas do have a lot of diversity within the community itself, given the different backgrounds of people.” So, a life science student from Toronto, cited her decision to be a part of St. Mike’s as “a college that my family has been part of in the past and one with a relation to my religion.” She also plans on being involved in The Mike as Social Media Manager to “keep the idea of faith prevalent in our community.”

Diversity of faith and opinion seem to be common trains of thought, as life science student Nicholas Pagano sees St. Mike’s as “definitely a whole variety of people, whereas back in the day I would’ve said there were a lot more Catholic people from similar cultures.” Pagano considers the college currently as a place where “ultimately the only thing we share is a desire to learn.” He noted a shift from the college’s “[original] idea of ‘faithful’ students and [now] instead preaches sharing faith.” He maintained that, “Faith is not so much how I act today than how I live overall. When it comes to a day-to- day routine there isn’t really a set formula of what faith is supposed to be, but it sets a guideline of how I treat people, how I treat myself.”

Hans Xu, a computer science student, also places a real value on the importance of faith in one’s daily life, saying it “keeps you humble even when things are going really well for you, and once it gets too bad you know there is still hope. Faith keeps my life steady.” Xu also noted that “a lot of people come from Catholic high schools, have a Catholic background, but are still trying to figure out what their faith means to them,” and that St. Mike’s can be a great place to do just that. He plans on staying involved in the faith community by “being an active part of the parish, volunteering opportunities, checking out the campus ministry, and taking part in potential March for Life events.”

Aloysius Wong, a student planning on studying peace, conflict and justice, is a student at Victoria College. However, he has been able to experience St. Mike’s by virtue of the Gilson Seminar of Faith and Ideas, St. Mike’s exclusive new One program, which for him is “a modern take on faith, [and] being a part of the Gil- son Seminar will continue to help me learn how to face some of the doubts I have and wrestle with secular values and the faith.” Wong views the college as having to “rediscover what it means to be a Catholic college within a secular university with Catholic, religious, and non-religious students in its college, and reconciling that, and making sure everyone’s welcome, but also holding onto that traditional identity moving forward.” He also emphasizes how key the faith can be to students, saying, “I think going into first year what a lot of students face is, ‘Where am I going after this?’ and ‘Who and what am I called to be?’, and these are both religious and secular questions. I think what faith helps with is, even if you don’t know what you should be doing or who you should be, you know how you should be doing things. And I think that’s really beneficial in discovering who you’re meant to be.”