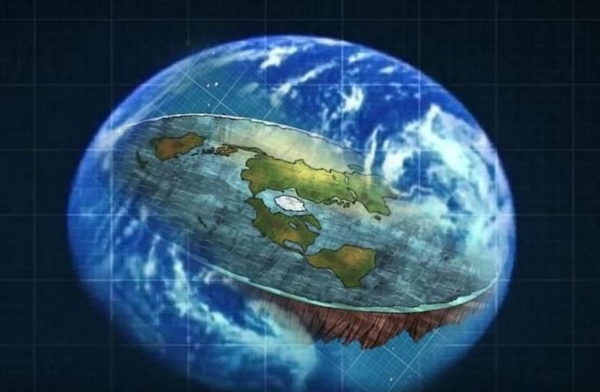 The problem with trying to put everything down on paper

Who said our world was round?

The Earth may be round, but it’s possible that we’ve made our world much flatter than it looks. I think we’re all living in a perception of the world that we’ve been taught to believe is two-dimensional.

Although I say “flatten,” the word closer to what I mean might be “simplify.” For me, the world that we’ve created for ourselves looks more like a cabinet of dividers than a globe of complexities. We use the word “sad” to convey a feeling that we all feel in different ways, to different extremes, and at different times… Our words are just titles for definitions that should be longer than novels, although we often forget this and are then frustrated when our meanings aren’t conveyed through those words, or when there are no words with which to convey our meanings. We categorize a whole slew of personalities and backgrounds under singular labels like “Asian,” “African-American,” or “Muslim.” We categorize hundreds of movies under single labels, like “horror” or “comedy.”

I don’t intend to be so “mainstream” by looking at the 2016 American presidential elections as an example of what I mean, but it’s a great example because it’s so widely known. Most people can agree that the election was between two sides — Democrats and Republicans, and more specifically, between Hillary and Trump. This conclusion makes sense, because that’s technically what it was. Americans picked a side and stuck with it, sometimes quite religiously. The divide between the two groups was especially clear after the elections. People who voted for Trump were wreaking havoc against groups of people whom they believed were collectively against them, and those who voted for Hillary attacked anyone whom they labelled a Trump supporter. There were two divisions labelling and separating America, and if you didn’t put yourself into one of the two categories, someone else would probably assign one to you.

Labels make the ideologies of the two sides seem simple and easy to understand, but I would say they hinder us from understanding that the divides aren’t really all that defined, like a wall, they’re actually more abstract, like a veil. When it comes down to it, the lines between the two groups may be arbitrary, though there are some statistics which suggest that there also may be a correlation between one’s class and race and one’s choice of presidential candidate. But, a lot of the time, the accusations made by one side were parallel to the accusations made by the other. Many Americans from both the group of Trump supporters and the group of Hillary supporters, for example, defined themselves as such because of similar feelings of distrust towards the other candidate. The dividers were held up by the people who picked sides, but the generalizations about people from the other side were often inaccurate. In fact, many Americans who were considered to be on a particular side did not even choose that side for themselves. This can be inferred when you realize that the voter turnout in 2016 was down to 60%, which means that up to 40% were completely opposed to both sides; however, many of these people were placed in a divider regardless, based on the colour of their skin, or their religious culture.

Although the labels themselves were constructed, the effects of them were real. People were getting beat up on the street, kicked out of homes, and property was being damaged. Many Hillary supporters, or rather, anti-Trumps, couldn’t understand how Trump could have won, and how any sane character would vote for him. Meanwhile, many Trump supporters couldn’t understand why Hillary supporters were so vehemently against their new president.

Of course, American politics is not the only case of these kinds of constructed divisions. People are considered transphobic if they forbid transgendered people from using the washroom of the gender they identify with, but they can also be considered transphobic if they make off-hand comments, or are SJW-type characters in regards to the topic. People can be considered racist if they mass murder a group of people of a certain race, but they can also be considered racist if they prefer someone from their own country as a romantic partner over someone of a vastly different ethnic background.

It makes sense that we would simplify and label the world this way. It helps us better understand the contrasting/opposing/complex ideas that exist. The way we use this simplification can be seen through our portrayal of our physical world: the way continents appear on a traditional world map is not how our world looks from space, instead, the lines of the continents on a map are straightened out and flattened to make the re-creation easier to grasp. Even the lines of Toronto’s subway system are compressed and straightened, since stretching the map out or adding the uneven lines would make it unnecessarily complicated.

I would suggest two problems with this “flattening out.” The first can be seen in my first example. Because we can only think about so much at one time, we tend to rely on our default simplifications when confronting issues, meaning that a lot of the time, we approach issues believing in the sort of narrow categories of people and things we’ve been taught. Through this approach, the voices of a smaller group of people might be lost because of their amalgamation into a larger one. For example, the problems we have today in regards to gendered bathrooms arise from a time when the complexity of gender was not known, and those who did not wish to conform to the either of the two genders were categorized by others anyway.

Similarly, because mental health awareness was also limited in the past, children with mental health disorders were marginalized because their conditions were put into the dividers that were labelled “stupid” or “slow.” The generalizations about how kids were supposed to learn often limited the learning of these individuals who didn’t fit into the framework. The emergence of different labels for a greater range of mental health disorders is an improvement, but they’re still labels and are therefore prone to similar limitations. For example, someone with ADHD who doesn’t fit into all of the stereotypes of that disorder — someone who got straight A’s, someone who wasn’t constantly moving or jittery, or someone who was able to focus on things like books and video games for long periods of time — can be easily considered a fake. In some cases, this is true even if one has been given the diagnosis by a specialist.

Secondly, it could even be argued that the limitations caused by a simplified form of thinking are one of the factors which leads to war. For example, although a war between countries may fundamentally be over natural resources like oil (as was the case with the war between Iraq and America), the generalized view of the whole Middle Eastern region of the world as terroristic allows the popular condoning of the usage of resources on such a war. As Margaret Atwood says, “War is what happens when language fails.” It’s the simplification and the resulting limitation of understanding, in my opinion, that causes conflicts on both small and worldwide scales.

The problem with pointing these simplifications out as a problem is that the simplifications are also one of the reasons we’ve been able to come as far as we have. As much as they limits us, they also make us productive. Because we were able distinguish a group known as transgender, we were able to see the problem with things like gendered bathrooms, and because we distinguished a group known as ADHD, we knew that, like regular physical illnesses, the symptoms were not always the same in everyone diagnosed, but were rather a general group of characteristics that could be used to diagnose and treat individuals who want an equal opportunity in the learning environment provided to them by this world.

Although at times we may take it for granted, we may very well know that these constructed dividers exist everywhere, making the world easier for us to understand in certain aspects. The words that make up this article itself can never fully control how different readers interpret it, nor can they fully translate what I mean when I use them. But still, at least some of my meaning is conveyed through what I say, and although my words may not ever be enough, they are still more effective than if I had never said anything at all. As a writer, I know the power of my words, but I also know their limitations, and reminding myself of this helps me better understand where others are coming from. I don’t mean to be didactic in any way, but I truly believe that, until we are able to plug our brains into each other and directly communicate what we mean to each other — through the entirety of the memories, emotions, thoughts, etc., that make up what we mean — the best way to better understand each other may be to understand the limitations of this medium of understanding each other.