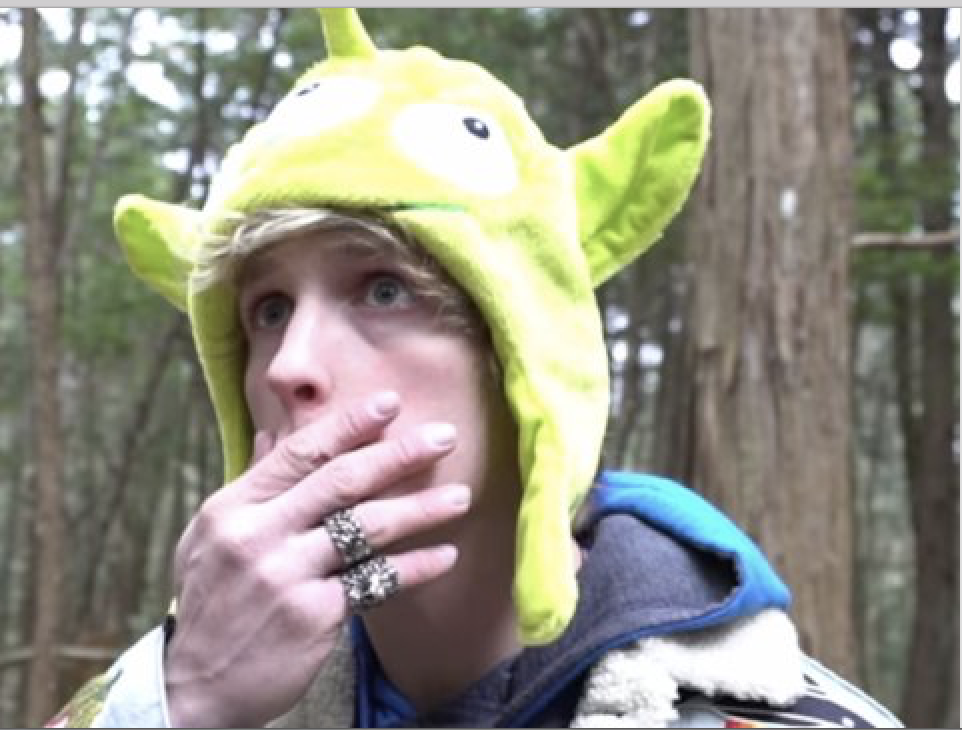 How a 16-minute video rocked the internet

2017 was an interesting year for YouTube. Billions of users log in each month to explore the world of internet drama, diss tracks, and live pranks. However, on December 31, 2017, well-known YouTube superstar Logan Paul released one of the most controversial videos of the year. Paul uploaded a video of himself at Aokigahara, or the “Suicide Forest,” a forest in Japan where many people have decided to end their lives. Paul found a man who had hung himself in this forest, and proceeded to approach the dead man and investigate. This video was immediately met with a tsunami-size wave of backlash, causing Paul to delete the video just almost 24 hours later.

The Suicide Forest has been known around the internet for a few years now, having been featured on major sites such as CNN, Vice, and Buzzfeed. Due to the fact that it concerns very sensitive subjects, the mentioned articles are done in consideration of those who have ended their lives in Aokigahara, as well as the subjects of suicide and mental health. These reports are seen as informative rather than controversial. Even those on the same platform as Paul, one being popular YouTuber Shane Dawson, were able to maintain the same tone of seriousness as the news networks, providing no excuse for the lightheartedness and comedic tone of Paul’s video.

The first red flag of Paul’s video is the title itself: “We found a body in the Suicide Forest??”. Seeing this clickbait from an activity standpoint, the message is clear: Logan Paul was well aware that he was using the man’s suicide as a way to get a huge number of views, comments, and reactions. It shows the absolute lack of consideration that Logan has for what he saw in Aokigahara, let alone what he did.

Aside from the title, the next major red flag of the video is when the dead man is physically on camera. While Paul may have thought he was covering his legal standpoint by blurring out the man’s face, that had practically no effect in this video. Paul could blur everything out from the man, but once again it does not justify his actions. Of the many responses to the video that I saw, one that stood out to me was the video of YouTuber Kendall Rae. She said, “Imagine if you were that man’s family, and you ended up finding out your loved one committed suicide through Logan Paul’s vlog.” While no information was provided on this man, the culmination of this person’s emotional struggles and mental health led to his incredibly sad death portrayed to 10+ million viewers. Not to mention that Paul’s demographic is generally young teenagers, between the ages of 10 and 15. Just think that an incredibly large number of impressionable youth were exposed to the heavy topic of suicide through a 16-minute, insensitive daily vlog.

Now that we have talked about the immediate shock value of the video itself, I would like to mention what happened after. While they had no involvement in the actual production of the video, I do believe YouTube as a corporation made some mistakes. YouTube claims to possess an algorithm that “scans” videos in order to determine if the video contains inappropriate content, and if that is the case the video is demonetized or removed completely. I guess this algorithm isn’t foolproof, as Paul’s video was able to skyrocket to the top of the Trending charts in a matter of minutes with no action. Now what did Paul have to say about the situation? A 10-minute apology video and a letter on Twitter, which I think has more the tone of “I hope this doesn’t affect my social media image,” than, “Exploitation of someone’s suicide is not something that belongs in vlogs and I’m sorry.” Being realistic, this video will probably have no affect on Logan’s career. He will continue to drastically gain followers and hold some power over the land of social media. But right now, the important question for the consumer is: Is this the man you want to be one the faces of YouTube?

Emily So is a first-year Life Sciences student at USMC. She started her position this year as the Social Media Manager at The Mike. She hopes to get more involved during her time at St. Mike’s, and in her downtime she usually stresses at the Starbucks in the Medical Sciences building, or plays the piano in Brennan Hall.