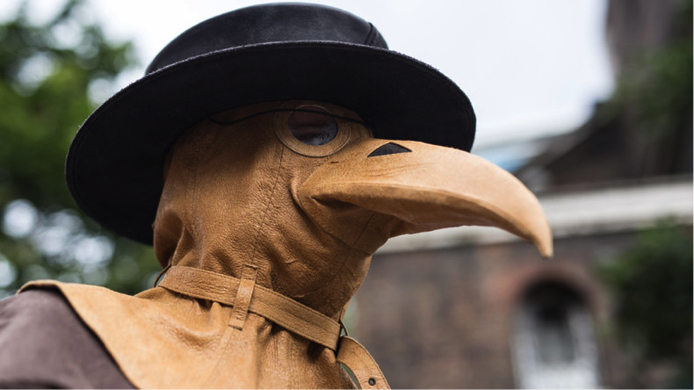 Not a figment of the past, but our current reality

Most of us have heard about or studied the period known in our history as the Black Death, the Great Plague, the Black or Bubonic Plague, or simply just, the Plague. Most likely in grade school, we came across the period in medieval history when we learned how our ancestors were viciously ravaged by a rat that killed an estimated 60% of Europe’s population during the 1300s. This also spread to the Middle East, killing about 40% of Egypt’s population, and causing the Great Plague of London, in which 1 in 5 residents perished.

This was during an era when society’s basic standard for hygiene was lacking. The bacterial disease and the animals that carried it originated in Asia, and the disease was spread throughout the continent by war and traveling the legendary Silk Road. Because of these particularly dirty rats and insects, the entire world’s population went from 450 million to 350–375 million. That is a lot of people dying in horrible, black-tinged, tumorous suffering. The effects of the disease included coughing and vomiting blood, fever, and death usually two to seven days after infection.

Is the Plague something that we need to worry about today? Unfortunately, yes. Many people do not know that this same plague exists today in 2018. In fact, about 150 years ago in 1855, 10 million people died in India due to the Black Death.

Scientists fear that the Plague will become drug-resistant, as a drug-resistant bacterium of the plague was found recently in Madagascar in 1995.

So why is this important? The Plague is currently a huge issue in Africa, especially Madagascar, causing people to worry about it spreading to other countries. Madagascar has experienced two Bubonic Plague outbreaks in the 21st century. In 2014, 40 people died, and last year in 2017, a staggering 202 people died. According to the Madagascar Ministry of Public Health, 2,348 people were infected in 2017. One could only imagine what would happen if we did not have the modern technologies and healthcare that we do today. Madagascar had to put millions of dollars into preventing this plague from spreading further, resulting in having to take serious cuts to their tourism industry and business.

In 2006, the Democratic Republic of the Congo suffered at least 50 deaths due to the bacterium. Other countries with confirmed cases and fatalities of the Plague in recent years are China, India, Vietnam, Mongolia, and the United States. That is rather close to home. Fatality by the plague is preventable through use of antibiotics, so if you feel or see any symptoms of “buboes” (large tumour-like bumps full of blood) on the groin, neck, and armpits, along with a fever, please visit a healthcare practitioner.

Thankfully, here in Canada we are relatively safe from the dangers of bacterium spread from unkempt, rat-infested abodes. It is quite astonishing that this force of nature has lasted thousands of years, and that it caused such a large shift in the economy, politics, and religion of that era.