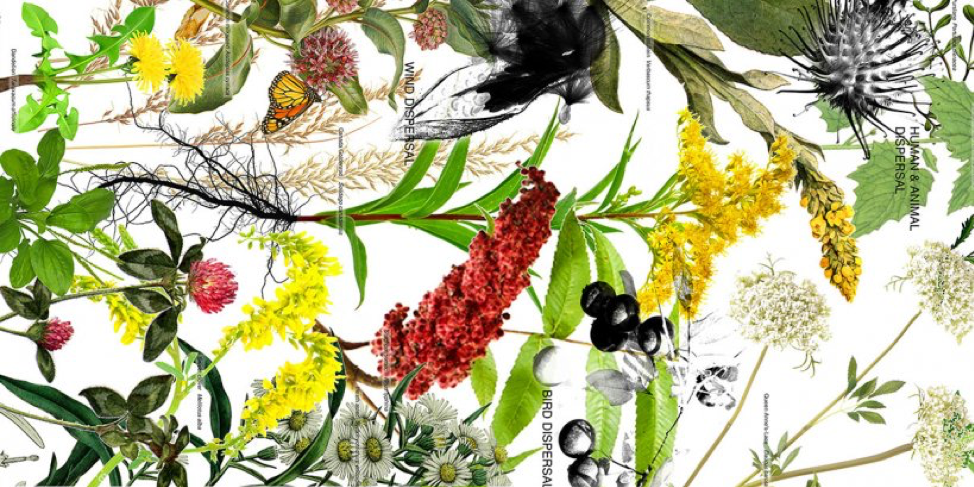 A panel discussion was held on October 23 at the John H. Daniels Faculty of Architecture, Landscape and Design regarding the initial draft of the first ever Toronto Biodiversity Strategy. The strategy aims to increase Toronto’s natural habitats by making the urban canopy more environmentally diverse and less environmentally harmful.

The Strategy arose in part from the City of Toronto’s Biodiversity Booklet Series, a series developed in 2009 by a variety of experts and citizen scientists calling attention to the rich variety of plant and animal life that can be found in the city. The Parks Forestry and Recreation Division, the Environment and Energy Division, and the Toronto and Region Conservation Authority (TRCA) were also integral in the creation of the Strategy. Various other influences include representatives from the Royal Ontario Museum (ROM), universities, environmental groups, biodiversity experts, and amateur scientists.

The panel discussion drew on various sources of expertise to bring insights on the potential implications of the draft Toronto Biodiversity Strategy. The discussion was moderated by Dr. Scott MacIvor, a community ecologist and Assistant Professor in the Department of Biological Sciences at the University of Toronto Scarborough.

As an introduction to the panel, MacIvor explained the design and unusual orientation of the Panel’s representative image. “Biodiversity is represented in a number of ways, shapes, colours, sizes,” said Maclvor. He hopes that by inspiring discussion about biodiversity in Toronto, our conception of what biodiversity is can be ‘flipped on its head’. “We need to think critically about how we incorporate biodiversity as a strategy in all the ways we think about city planning in Toronto.”

As per the legal draft of the Toronto Biodiversity Strategy, biodiversity in the urban context refers to “the variety and richness of living organisms as well as habitat diversity found in and on the edge of human settlements.” Accordingly, this encompasses a wide range of issues, and any decisions regarding urban biodiversity will hopefully be made with the utmost care and deliberation.

One thought-provoking response to the question of what biodiversity means to them came from panelist Dr. Deborah McGregor. MacGregor joined York University’s Osgoode Hall law faculty in 2015 as a cross-appointee with the Faculty of Environmental Studies, and her research focuses on Indigenous knowledge systems and their various applications. “The first compulsion I have is to challenge the binary, so when I see biodiversity, especially in the Strategy, I see an exclusion of people, and in the Indigenous context…people would be included in this whole process,” she explained. “I agree with everything [of what biodiversity is] … but if you’re putting a different lens on it, from the people who have been here for thousands of years, you think about this a little bit differently.”

Dr. Peter Del Tredici had a keen insight as to how biodiversity fits into practice in urban systems and planning. “Cities — if you just look at the total number of species — are much more biodiverse, there are many more species in the urban environment than there are in the surrounding non-urban environment,” he explained. “This comes as a surprise to most people, but cities by nature have a lot of habitat biodiversity, and that habitat biodiversity is reflected in the biodiversity of the species.” Del Tredici is a botanist specializing in the growth and development of trees and is currently teaching in the Urban Planning Department at the Massachusetts Insititute of Technology (MIT).

In terms of focusing on the scale of biodiversity in the city, Associate Professor at the University of Toronto Mississauga (UTM) Dr. Marc Johnson saw all levels as extremely relevant, but as often depending on the context. “The level of biodiversity I was excited about [as a kid] was underneath a rock…and finding the isopods, and ants, and snails, everything underneath there, and that is what I was excited about. As I got older I tried to understand these communities and when I got a lot older understanding the diversity across the entire world,” he relates. “And so, I think that understanding the connectedness, understanding that our city goes beyond urban, even if the governance of our city doesn’t go beyond the borders. But our impact goes beyond those borders.” Impact and scale are two very closely related terms for Johnson. “It’s very important that we don’t think where Toronto stops, which is what I think the strategy currently does,” he said. “But I think that thinking from a larger scale – from the local…is how to do it if we want to do this seriously, if we want to do this right.” Johnson is also the Canadian Research Chair for Urban Environmental Science, and the Director of the Centre for Urban Environments (CUE), a transdisciplinary research centre based at the UTM to discover how to make cities healthier for the environment and humans.

Addressing the threat of non-native species in Canada, Dr. Sandy Smith spoke to the importance of strategy. “I think when you’re dealing with problems like this…you have to pick and choose your battles.” “When you [MacIvor] asked what an ecologist says to a planner – you only have so much money, time, and energy to put into this,” she said. “Whether it’s in my backyard or on a larger scale, you can’t change them all.” To Smith, change is more of a natural process, one that depends on the interconnectedness of species. “The one thing I know as an ecologist is that things change, and that they’re connected.” Smith also sees the native/non-native species debate in a different light. “My definition of invasive has been a bit different than other people, because I don’t see them as alien species,” she explained. “Native and non-native doesn’t always overlap with invasive, this is just how nature works…we just have to decide how we want to work with this.”  Smith is a Professor at the Faculty of Forestry at the University of Toronto (U of T). She specializes in forest health, urban forestry, and is a leading expert in the ecology and biological management of invasive forest species.

Urban Environmental Designs at U of T

One local installation of the urban environmental design initiative that the Strategy aims to promote can be found at U of T. Located outside of John H. Daniels, the west side of Darwin’s Hill is a living laboratory for botanical study. The hill features 18 of the deciduous trees native to Canada, all planted on the recommendation of the City of Toronto for naturalization. Such a wide variety has been planted in the hope that students, local designers, and the public at large can observe the seasonal changes, growth rates, and unique features of each tree.