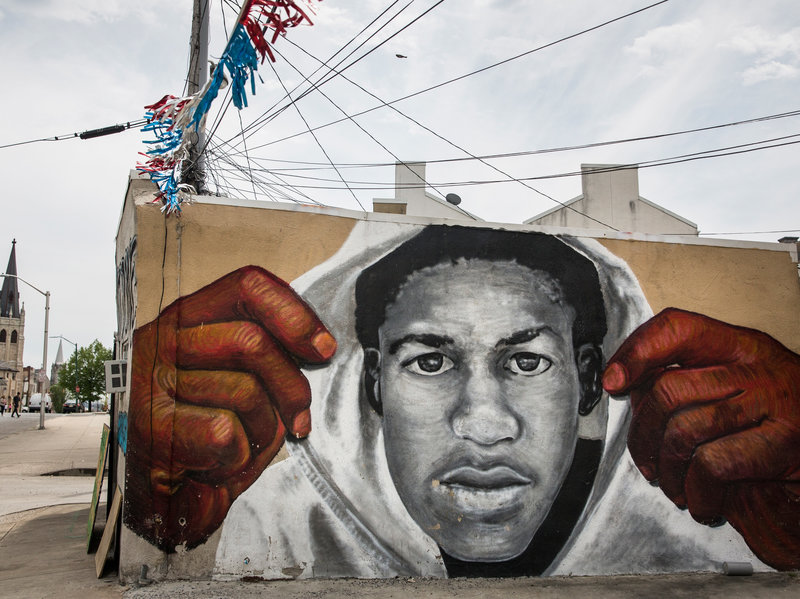 An account of my experiences as a black woman in Canada

As I walk through the streets of Toronto, I am always on edge. I am nervous, I am worried. I hate that I stand out. I hate that I am different. I hate that the colour of my skin makes me different when it is simply just melanin that sets me apart. At every moment of my life, I am aware and thinking about the fact that I am a black woman, and that for me, life will not be the same as it will be for my white friends. People may say, “It is 2018, what is there to worry about?” However, I can assure you that there is plenty to worry about.

Although black people are no longer being taken from their homes, shackled, put on boats, and shipped off to become someone’s property, this does not mean everyone is equal in the eyes of society. Unfortunately, some people still have a mentality that black people are inferior. This often manifests in relatively subtle ways. We can especially see this in the treatment of African Americans in the United States. Black people have been shot while in their own homes. In the case of Trayvon Martin, a bag of Skittles and a hoodie was enough to warrant a lethal shot. But let us not pretend that there is not inherent racism here in Canada — here in Toronto.

Despite knowledge of high-profile cases of violent racism, many people still deny that racism reaches into the unreported everyday lives of average people. So, I’ll share some of my own experiences. I am a black, 19-year-old woman, and although I am young, I have experienced racism in many different ways. I have experienced it both blatantly and subtly, and both forms are painful. A form of racism I deal with on a day-to-day basis is micro-aggressive racism. A micro-aggression is defined by Merriam-Webster as “a comment or action that subtly and often unconsciously or unintentionally expresses a prejudiced attitude toward a member of a marginalized group.” An example of a micro-aggressive comment that I got a lot growing up, and still do today, is that I don’t “act like a normal black person.” This comment always confused me. I asked myself, “How should a black person act? Is it not just the colour of my skin that is different? Why must I act a certain way?” Apparently, because I do not use slang, because I am well-spoken, and because I cannot dance well, I therefore do not fall into their idea of what qualifies as an “act” of blackness. This comment made me struggle with my identity and who I was for a very long time. I always felt like an outsider. I felt as though I was too white for my black friends and too black for my white friends. These micro-aggressive comments still hurt, even though they are subtle and not always intentionally racist. I have also experienced very blatant forms of racism that have shaken me, and most definitely scarred me. I have had the “N-word” screamed at me several times from vehicles, as I am minding my own business walking down the street. I have been followed around stores and have had my bag checked while all my other white friends were fine to leave. I have been ignored at a bar and not served and told by the server, “Sorry for the wait, we were going to people who looked like they would tip more.” I have been kept a secret from a significant other’s family simply because I was black and he knew they would not approve. I have been accused of stealing money in my workplace when none of my white colleagues were questioned, and later it was found that I was not the culprit. How is someone to tell me racism is not alive when I experience it each and every day? I worry for my siblings to grow older, when they will no longer be sheltered, because I fear for them to see how abhorrently black people can be treated, and I fear that they will endure some of the things I have faced.

A question I think about every single day is: Will it ever end? Will we ever come to a place where everyone is seen as equal and there is no hate, no prejudice? As it may seem like this is not realistic, it is important to have faith that we will see a new day — a day when people realize the colour of our skin does not warrant stereotypes, prejudice, preconceived notions of blackness, nor blatant mistreatment. As the great Martin Luther King Jr. said, “I refuse to accept the view that mankind is so tragically bound to the starless midnight of racism and war. That the bright daybreak of peace and brotherhood can never become a reality… I believe that unarmed truth and unconditional love will have the final word.”

It is essential we work toward this new day, a day where people are treated as equals, and love does in fact have the final word. It is both imperative and morally obvious that equal treatment is necessary to create a better society, but the only way to truly combat nuanced and subtle forms of racism is to speak truth to power and move others to do it too. This means fighting for equal representation in places of power. This means making sure that people in power have either experienced or are aware of and sympathize with the plight of being a person of colour to ensure policies reflect the needs of the underprivileged. In order to change policies, though, the people who elect representatives must know that there are ways to elevate those who are disadvantaged by not only the colour of their skin, but by their socioeconomic status. Pushing for better education will undoubtedly lead to change. It is the most fundamental weapon against evil and hate that we have.