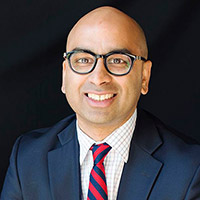 Issues of timing, taste, responsibility span the realms of fiction and non-fiction alike

In its fifth collaboration with the University of Toronto (U of T), The New York Times hosted “The Art of Book Reviewing” on November 30 at the Isabel Bader Theatre, where literary powerhouses from U of T and The Times alike met to discuss the various considerations involved in crafting book reviews for The Times especially, but for newspapers in general as well.

Introducing the panel was Catherine Porter, The New York Times’ Canada Bureau Chief based in Toronto. Closing remarks were made by University College Principal Donald Ainslie.

Moderator Sam Tanenhaus, currently a visiting professor at U of T, is teaching courses including the University of St. Michael’s College (USMC) course “Trump and the Media.” Tanenhaus, who sees book reviews as “miniature memoirs,” was the former editor of The New York Times Book Review from 2004 to 2013. One insight Tanenhaus had concerning book reviewing was the high level of scrutiny facing book reviewers that is almost unprecedented in other areas of journalism. “For instance, if you’re covering the Pentagon as a reporter of The New York Times,” Tanenhaus said, “the Washington Bureau Chief doesn’t say, ‘Now will you be compromised by friends you’ve got in the Pentagon?’ But that does happen all the time with book reviewing.”

To Tanenhaus, reviewing goes beyond merely relating what the author has written. “One of my heroes, Oscar Wilde, said criticism is the highest form of autobiography,” he explained, “and I think the idea is that [as a book reviewer] you’re expressing your own taste and judgement.”

University of Toronto alumna Jennifer Szalai spoke to her work as a nonfiction book critic at The Times. Writing one review a week, Szalai has to judiciously choose which works to address. “Every day, I probably get in between 10 and 20 advance copies of books that are coming out in the months ahead,” she explained.

One complication of nonfiction reviewing is the case of embargoed books, like Michelle Obama’s new book with its $65 million (USD) advance. “An embargoed book is a book that the publisher has decided not to release any advanced copies to reviewers,” Szalai explained. “And so what that means is that they try to — which The Times does not do — get editors and critics to sign a non-disclosure agreement.” Books like these take on a news value on their own, and as such warrant a certain level of attention from reviewers. “For certain books, there’s some material in them that’s so politically insensitive or incendiary or controversial that they try to keep a lid on things,” she said, “so that it doesn’t leak before the book is out and get distorted or steal the thunder of publication day.”

Szalai also addressed the rule at The Times of critics not being able to review works by fellow New York Times staff members. “You want the review to be fair,” she said. “Ultimately you don’t want the reader to think that there’s some sort of ulterior motive on the part of the reviewer, whether it’s to promote a friend on the one hand, or if it’s an enemy, to really take their book down.”

One of the particulars of nonfiction reviewing for Szalai is not only taste, but responsibility. “In the context of the times, and this is a particularly politically fraught time,” she said, “I feel a responsibility to give a sense of certain books that people are interested in but maybe don’t have the time to read.”

USMC Principal Randy Boyagoda, long-time contributor to The New York Times Book Review and holder of the Basilian Chair in Christianity, Arts, and Letters primarily addressed the task of reviewing fiction. Like Tanenhaus, he spoke to the rigours of The Times when it comes to impartiality in reviewing. “In many ways, I got my start in book reviewing for The Globe and Mail and The National Post […] because I knew no one, and editors would say as much,” Boyagoda explained. “This [lack of knowledge] means you can write straightforwardly about whether you like these books or not.”

He cites an experience he had a number of years ago at an interview in Paris for The Walrus magazine, in which he received advice on the stakes of book reviewing. “As a book reviewer, you have a responsibility to your readers, to let your readers know whether or not to buy the book,” he related, “almost a civic obligation.” In his own experience, especially in fiction, Boyagoda emphasized the importance of quoting an author, to “give a reader the sense of not what is being said but how it is being said.”

As a U of T English professor, Boyagoda spoke to the importance of book reviewing to the university culture. “I think it’s very important for contemporary students of literature, of ideas more generally, to have a sense of what they’re studying in class is meaningfully connected to what’s going on in the world at large,” he said. In his graduate class that studies the American novel, in which they examine works including David Foster Wallace’s Infinite Jest, Boyagoda makes a point of emphasizing continuities between the syllabus and the culture at large. “If we don’t see that [continuity], then the problem becomes all that matters is those [writers] that are dead already,” he explained. “And a lively book culture fails if the people that are studying it aren’t committed to thinking about what’s going on in contemporary fiction.”