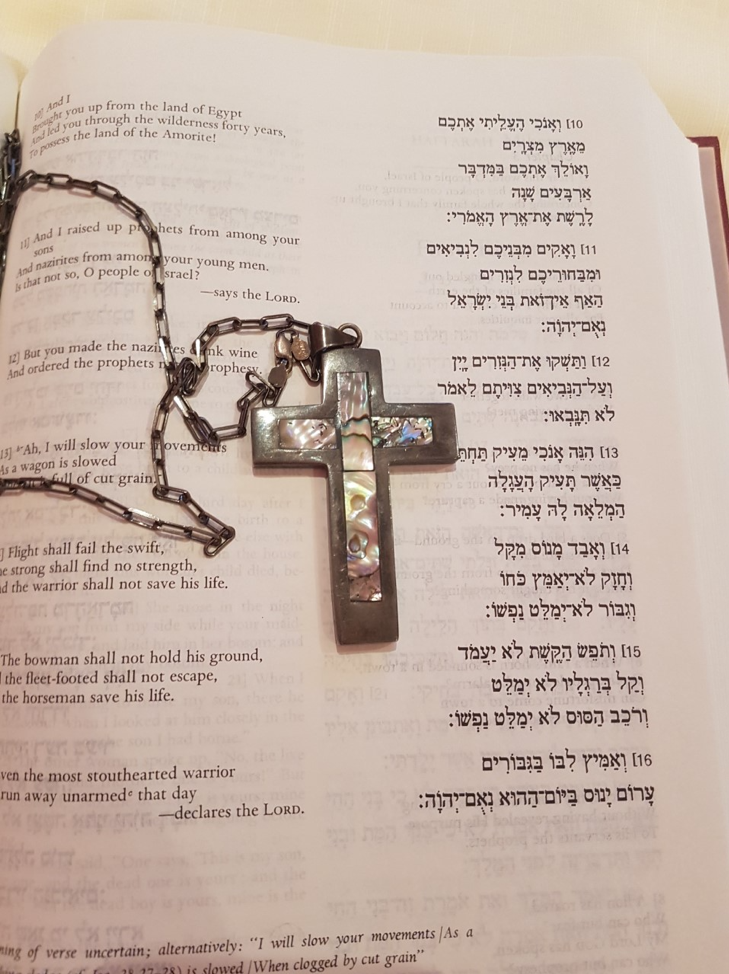 My story of converting from Judaism to Catholicism

I remember sitting in Sunday school learning about my religion, Judaism, for the first time. It was a part of my upbringing and played a significant role in my life. Other than my home, it was where I was first taught about God.

My father is Jewish and my mother is Catholic. They agreed to raise my brother and I Jewish. I was brought up Reform, which is the most liberal denomination in Judaism. Since a young age, attending synagogue every year on High Holidays was a regular routine that my family and I did. Also, weekly Shabbat dinners with family were always a fond memory I had growing up.

Most significantly, one memory I had as a child was receiving a book at Sunday school titled Illustrated Jewish Bible for Children. I was very interested in the book and would read it daily. Not only was it a children’s book, but rather an informative book that talked about stories from the Hebrew Bible. By reading it, I knew God existed.

Since attending Sunday school, I always believed in God but did not feel close to Him growing up. There were times where I did pray but it was mostly when I needed God to help me with something or ask Him for a small favour. Most times, I felt He was there but I didn’t hunger for a close relationship with him. I simply lived my daily routine.

I remember when I was 12, there was a Christian girl at my middle school. She wasn’t in my grade but I would often see her in the hallway. One day, she had a large crucifix necklace on. It was so big and it really caught my attention. There was something interesting about the necklace that made me think about it after I came home.  I remember thinking, “Why is she wearing it at school?,” and, “Where did she get it?” I was being pulled toward her crucifix and I couldn’t explain why. That same day, I approached my mom and asked her if she could get me a similar necklace, one just like the girl’s.  She did, and 18 years later, it is still beside my bed to this day.

There were days where I did wear my necklace but I would often feel shy wearing it around my family so I would tuck it under my shirt. In Judaism, people don’t believe that Jesus is the Son of God or the Messiah. This belief made me shy to proudly wear my necklace. The necklace was more than just an ordinary necklace. It was my comfort and hope, especially during difficult times. In my early 20s, I experienced a lot of anxiety, which affected my health. During that period, I reached out to God and asked Him to heal me physically and mentally. I knew He was able to and I faithfully believed that He would. I waited for my prayers to be answered which felt like months. After one year, I asked God, “Where are you?”

Little did I know, it was during that difficult time that God was working within me.  Over time, I realized that God was leading me closer to Him because, after each prayer, I felt closer to him. And the closer I felt to God, the more I desired to read a Bible.  So I went out and bought one and received my knowledge of Christ through reading scripture.

My mother knew I was reading the Bible so she invited me to visit her Catholic Church. When I finally visited, I immediately fell in love with the beauty of the church. The stained glass windows and murals inside the church were beautiful. I felt a sense of peace and belonging in my soul.

After visiting the Catholic Church, I knew that it was where I wanted to belong. However, I still identified myself as Jewish and felt God would love me the same, whether I converted or not. It wasn’t until afterwards that I realized the lifestyle I was living in was becoming meaningless to me. I wasn’t finding any happiness in what the world offered me and I didn’t seem to include God in my daily life anymore.  Not having Him as a part of my daily life made me feel empty.

I came to a realization that God was only able to fill the emptiness in my life. But this wasn’t my own realization. I know it was the Holy Spirit pulling me back to God.  So I started seeking him in prayer once again and reading the Bible more.  Returning back to God is what truly led me to become baptized and confirmed into the Catholic Church. It was a decision I was always considering, but I know it fulfilled what my heart desired most — a personal relationship with Jesus.

Looking back, I wonder why God didn’t heal me, but if he did I wouldn’t be where I am today. I most likely wouldn’t have ever owned a Bible or have a close relationship with Him. I may not always understand His ways but I know there is a greater glory. He sees the bigger picture of my life and wanted me to become fully dependent on Him. As Paul states in the Bible, “For this slight momentary affliction is preparing us for an eternal weight of glory beyond all measure” (2 Corinthians 4:17).