How an era of coach-quarterback relations can define team success

The stage is set for what is without a doubt the biggest annual sports event in North America: the Super Bowl. The New England Patriots and Los Angeles Rams will be squaring off in Atlanta for bragging rights for the next year before the Patriots inevitably make the Super Bowl again with the help of Tom Brady and his dark book of secrets known as the TB12 method. However, what is less obvious about this year’s big game are the implications it has for the future; namely how all other teams in the National Football League should be envious of the two remaining teams and should do everything in their power to mimic the relationships between the respective teams’ quarterback and head coach. Tom Brady and Bill Belichick have been on top of the football world for the better part of two decades — their relationship being one of a kind with the combination of the greatest quarterback of all time with the greatest coach of all time. On the other side, we have Sean McVay and Jared Goff, one of whom is the youngest head coach in Super Bowl history, and the other being the fastest quarterback chosen first overall to make it to the Super Bowl. McVay has shown flashes throughout the year that have made the majority of the football world believe that he is the next big thing, while Goff’s development this year has come out of nowhere after spending the last two years mired in disappointment. To put all of this as simply as possible, McVay and Goff are having success that is extremely reminiscent of Belichick and Brady in their first Super Bowl 18 years ago, putting the rest of the NFL on watch.

We all know Brady’s draft story. A scrawny teenager going to play quarterback for the University of Michigan, he only saw his first start in his junior year before going on to be selected 199th overall in the sixth round of the NFL draft. Pretty much nobody gave him a chance at any point, right up until then-starting quarterback Drew Bledsoe had to be carted off the field following a ferocious hit from Mo Lewis of the New York Jets. After he was declared out for what looked like the rest of the season, Belichick gave Brady the reigns to the quarterback position, and he never looked back. Five Super Bowl titles and four Super Bowl MVPs later, and Brady will almost certainly go down as the best to ever do it. However, what most people will point to as the biggest reason for him winning for so long, being coached by Bill Belichick, is also perhaps one of the best arguments for why he deserves the title of Greatest of All Time, and it’s something most people fail to realize.

What has characterized Bill Belichick’s career is also the reason so many teams fear going up against him — his ability to game-plan for any opponent to the point where he is able to eliminate their biggest strength, while also rolling out plays that other teams could not have game-planned for. His meticulous approach to game-planning every single week makes him unlike any other head coach in the history of the NFL, consistently putting his team in a prime position to win. However, even with all of this, the actual team needs to step up and make the right plays at the right time, and that’s where Tom Brady comes in. While Brady might have one of the best systems to be in, the very same system has continued to show why he is the most cerebral quarterback of all time. Brady calmly reads each play as it develops, rarely making mistakes and always making plays happen seemingly out of nowhere. This elite combination of having a coach to outline what every player is doing on each down paired with a quarterback that will make plays only he can in the clutch has been the reason for New England’s sustained success over such a long period of time. This is a dynamic relationship between two of the smartest minds in the history of football, and other than Patriots owner Robert Kraft, have been the two stalwarts in the team across all five of their championship runs.

Their matchup in this year’s Super Bowl is perhaps the modern-day equivalent of the same kind of combination. Sean McVay is a pioneer in today’s league, using trends from today’s game in both pro and college football to adjust their schemes and constantly analyzing other teams and their players to see how the rules and fatigue affect their style of play, all while emphasizing player rest and sports science. His unique approach to game-planning is what made the Rams the 13–3 team that dominated on both sides of the ball each and every game, and it is a glimpse into the future of how most football teams should start approaching the game. Jared Goff on the other hand is the perfect quarterback to be placed into a system like this. He handles snaps with a calmness reminiscent of a veteran with years of experience, reading plays as they develop to ensure that a mistake is not made. With McVay’s execution of the offense changing from week to week, giving Goff consistent options on every play, he is always the one there to make sure the plays actually happen, and that mistakes don’t.

Given the nature of these two situations, is it any surprise that both Brady and Goff are the only two quarterbacks in the league with accuracy ratings above 80% on plays where there is little to no pass rush? Far from it, in my opinion, and because of this, every team in the league should be looking for pointers from these two franchises. We’ve seen a plethora of horribly thought out contracts handed out to quarterbacks clearly undeserving of such a payday simply because of the fact that today’s league is more quarterback-centered than any other. Brock Osweiler, Kirk Cousins, and Sam Bradford are a few of the recent examples of terrible decision-making by franchises searching desperately for a franchise quarterback to lead them to a Super Bowl title. What these franchises should be searching for is a quarterback that can work well with their head coach, creating a dynamic that allows for communication between the two and are looking for constant improvements. This league is one of near-constant turnover and change, with players coming in and out of rosters at a moment’s notice. Being able to adapt to that change and have a head coach and quarterback willing to make weekly changes to better position themselves for each matchup is imperative to success in today’s league, and teams should look no further than the last two teams standing this year for prime examples on how to be run. Regardless of the outcome on February 3, this matchup is a preview for things to come; a league that prioritizes the quarterback-coach dynamic above all, and I am more than excited to see how things play out in the future.

Reflections after a day spent playing video gamesRory McCreight - SPORTS EDITOR  I had a lazy, hungover Saturday this weekend.  It was the day after my birthday, and like anyone else, I spent the
Read More

A Tale of Two (Hockey) Cities 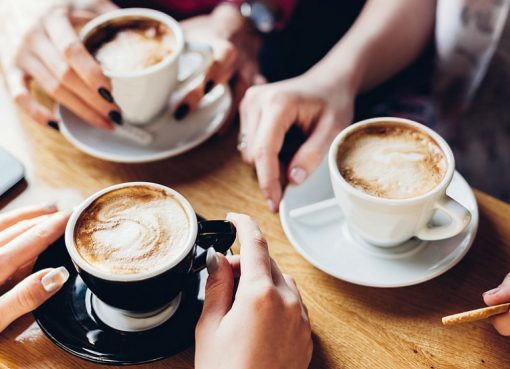 The social influence on student coffee consumptionYinan Liu  CONTRIBUTORSPhoto: iStock. Traits, as defined by biology terminology, are the significant features of an organism. Biologists can diff
Read More