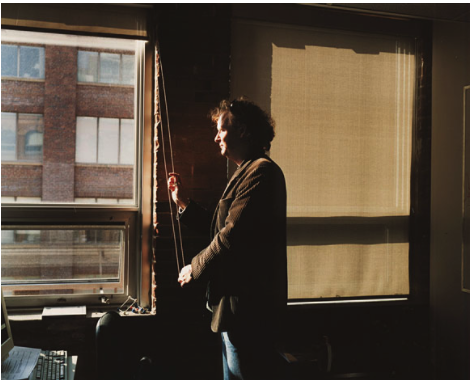 When Incredibles 2 was released, the internet was ablaze with comparisons between the original film and the finely detailed sequel. It looked as though every hair follicle and cotton fibre was brought to life — a painstaking process made easier by the last decade’s advancements in 3D graphics technology. Jos Stam is a researcher in the field of computer graphics, whose focus is on the simulation of natural physical phenomena for 3D-computer animation. Stam’s latest development in the science of subdivision surfaces has won him his third Oscar at the Academy’s Scientific and Technical Awards.

Unsatisfied with the hierarchical academic culture in Geneva, he remained in Toronto, where he found a more laissez-faire approach to mentorship. At U of T he was able to engage one-on-one with professors and peers in a casual and considerate way. As long as discussions were about productive and exciting ideas, academics at all stages of their career were open to talking.

Stam found himself drawn to the artistic possibilities that can be achieved with the right software, saying, “Our job is to hide the math for a person who’s more artistic.” An interviewer for Wired, Michael Behar, suggested that Stam’s unique perspective as an artist-turned-programmer puts him at an opportune intersection between the two disciplines. He approaches graphics animation as an artist, with an understanding for what needs to be done in order allow the animator the cleanest canvas with unlimited possibilities.

Stam resides in Toronto, working on Nucleus, his latest completion being a module that seeks to simulate the way that fabrics move over a rigid surface. According to Peter Schroder, a computer science professor at the California Institute of Technology, “What [Stam] is doing with Nucleus is asking whether we can find some common mathematical principles without going all the way to something that is ridiculous from a computational point of view.” Stam is balancing art and graphics design in a way that only someone with experience and love for both disciplines can understand.

Despite his invaluable contributions to the film industry, Stam himself rarely watches films, and generally only on mute to study the pictures. On Twitter, Alfonso Cuarón once said, “In the history of CINEMA[MK1] [EB2] , masterpieces have existed without sound, without color, without a story, without actors and without music. No one single film has ever existed without CINEMAtography and without editing.”

Stam’s work is seemingly pioneering the future of cinematography. He is expanding the potential for realistic mise-en-scène, character design, and set design in animated films. His work has even featured in live action films, including Spider-Man 3 and The Day After Tomorrow. Where cameras are unable to render realistic images, Stam’s Nucleus and Maya technologies can fill in that space.

A U of T graduate who has made a splash in the film industry through his pioneering work in computer graphics animation, Stam’s career reveals the many ways — most unexpected — one can pursue their passions. Stam is an artist — though not in the most conventional way — whose invaluable contributions to cinema perhaps make him one of U of T’s most lauded alumni.

It’s capitalized in the tweet referenced, so as along as its a quote it should follow the capitialization I assume?