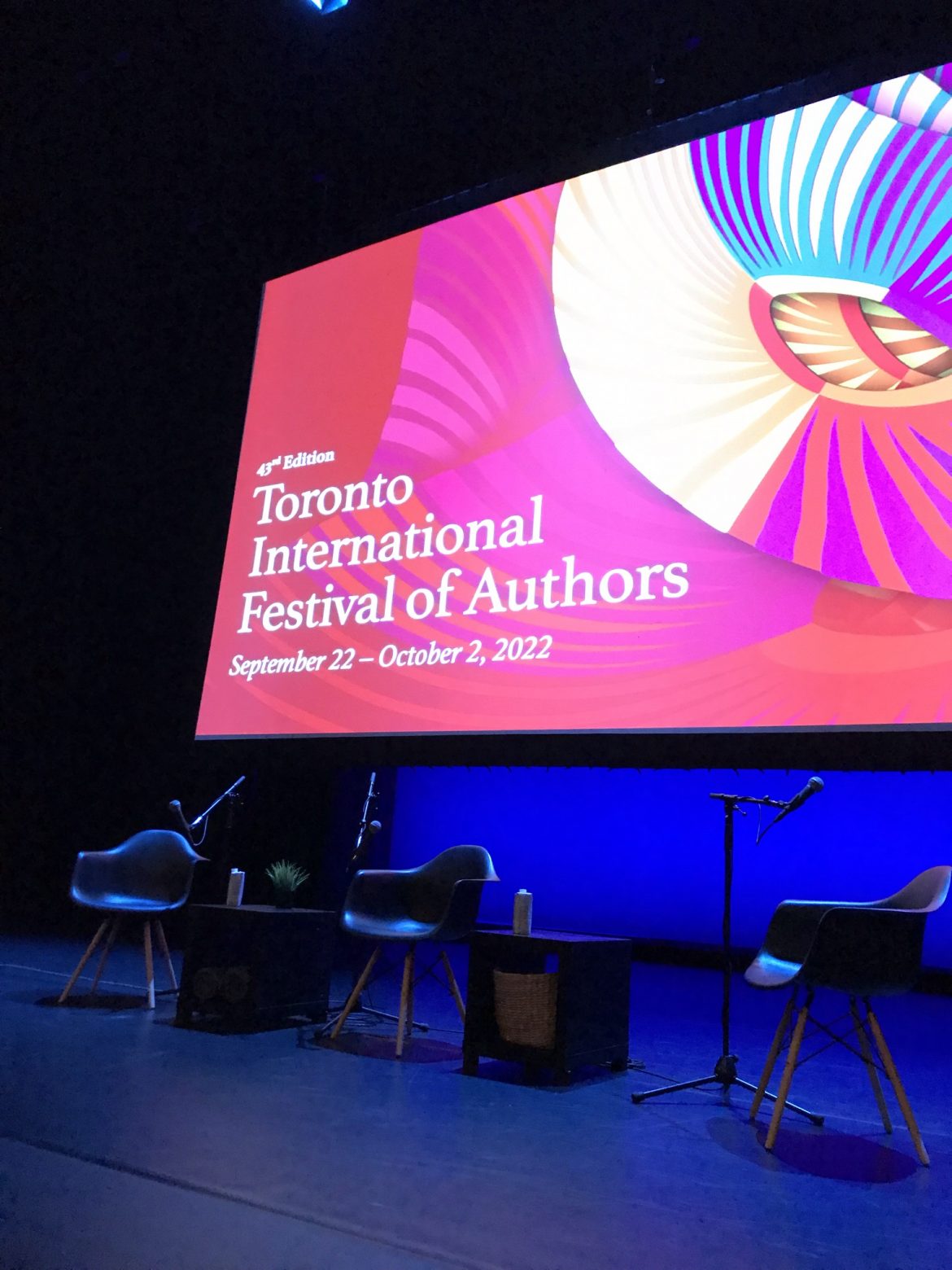 On September 27th, 2022, at 8 pm, the Toronto International Festival of Authors (TIFA) hosted its second annual PEN Canada Graeme Gibson talk: a conversation on the topic of “Disinformation, Dictators & Democracy.”

The two speakers at the event were Maria Ressa, a Nobel Peace Prize Laureate, founder of a Filipino news website called Rappler, as well as a “trailblazing investigative journalist targeted by the Philippine government for exposing its human rights abuses, misinformation, and corruption;” and Ronald Diebert, a professor at the Munk School of Global Affairs and the “director of the internationally recognized Citizen Lab, a Canadian multidisciplinary facility conducting research into cyber espionage, Internet censorship, and human right violations online.” The conversation was hosted at the Fleck Dance theatre. It was moderated by CBC IDEAS’ Nahlah Ayed, with a brief Q&A portion at the end.

After a reading of an introductory statement written by Margaret Atwood, the conversation opened with a frame of urgency: According to Ressa, she almost did not make it to the event. Facing at least seven court cases, Ressa’s appeal to leave the Philippines was approved only ten minutes before she had to leave her apartment for her flight. “Part of the way you lose your rights,” Ressa emphasizes, is through the “randomness that keeps you off…throws you off kilter.” She likens this randomness to the “impunity online” perpetuated through what Deibert calls the “Business Model Monitoring Us All.” As a part of this frame, Ressa calls attention to the attack on novelist Salman Rushdie this August, stating that “the man who stabbed him was radicalized online.”

For both speakers, this online radicalization is largely a consequence of the “digital ecosystem,” which works to spread disinformation that has severe effects on the political and social spheres – all for profit. “The promise of the internet,” Diebert claims, is this “uncomfortable truth about human nature. People tend to gravitate towards content that gets on their nerves.” Ressa calls it “A Race to the Bottom.” Ressa goes on to explain that people no longer have a “shared reality.”

When digital content is tailored to individual people based on their digital “clone,” maximized for profit, people no longer see the same things. “The more marginalized you are, the more marginalized you become” within this system, says Ressa. “News organizations struggle to give you the news you need to hear to hold your government to account.” By 2024, Ressa predicts, if nothing is done to fix this, democracy will crumble – “we will fall off the cliff.”

Near the end of the moderated conversation, Ayed asks a question that pierces through the room, leaving an immediate silence in its wake. Following her previous line of questioning regarding the role of the “average person” in combating disinformation and upholding democracy, Ayed asks: “How long can you sacrifice?” In response, Ressa smiles. “I don’t know. I will do all I can…I’m ready for worst-case scenarios. I’m not foolish – It’s a game of chicken for me.” She looks to the crowd, this mass of faces she cannot see on account of the bright overhead lights, and speaks plainly, “As long as the constitution guarantees my rights, I’m not gonna voluntarily give them up.”

Among those who participated in the Question-and-Answer portion, three Filipino audience members working in cybersecurity, journalism, and creative writing respectively, stood up to take the microphone. All seemed to ask questions along the lines of “what can I do?” “How can I help?” “What should be done?” Ressa replies that “We need to imagine better. Come to it [your field] with your understanding of what is right and fair…please create…look at the facts…go back to the values…and don’t become a monster to fight a monster.”

The concluding standing ovation refused to subside as people were ushered out of the venue.

Note: The quotes used in this article were transcribed by the writer during the event and have been edited for length and clarity.