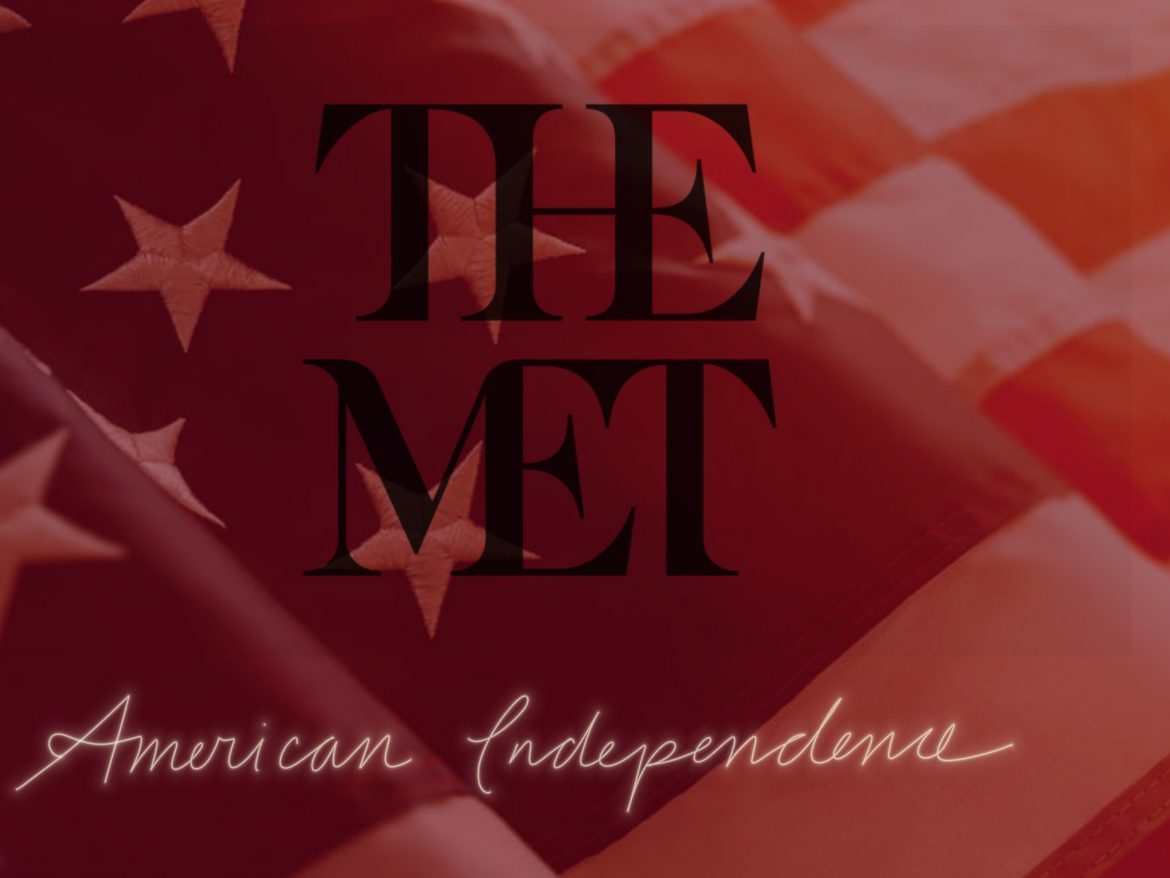 The Met Gala, nicknamed “Fashion’s Biggest Night,” was cancelled in 2020, but made its return this year on September 13th. This year’s theme was “In America: A Lexicon of Fashion,” and while many American guests arrived in noteworthy attire, Canadian actor and writer Dan Levy was one attendee who really seemed to understand the assignment. Considering the success of Levy’s sitcom Schitt’s Creek both in Canada and the U.S., it was not surprising that he had garnered an invitation to the prestigious New York event. Nor was it a surprise that he used his invitation to call attention to an important aspect of American culture.

What many guests seem to forget is that the Met Gala is anything but a regular red carpet, as it offers the space and opportunity for celebrities to wear gowns and costumes that could not be worn anywhere else. It is a night for designers to shock, surprise, and inform, but many celebrities ignore the theme and instead opt for a safer, simpler look. Levy wore a custom look by Loewe’s Jonathan Anderson and Cartier that was anything but safe or simple. The outfit featured a graphic of two men kissing, done by American artist David Wojnarowicz, who was an AIDS activist and prominent LGBTQ+ community member. The sleeves of the shirt featured prints of world maps, which were meant to evoke the boundaries and divisions that queer people face in the world, as Anderson explained on Instagram.

Levy used the stage of the Met Gala as an opportunity to bring attention to a lesser-known American figure who embodied the LGBTQ+ activism that has garnered more and more support over the years in the United States. Levy’s outfit did exactly what fashion is supposed to do at the Met Gala: it made a statement and gave people something to talk about and reflect upon. The look was interesting and fit the theme perfectly. Wojnarowicz died of AIDS in 1992, but at the Met Gala, his work and bravery lived on and received much-deserved recognition.
Of course, although it is a little bit ironic that a Canadian managed to respond to the theme better than some of the American guests, it was no surprise that Levy chose to share this message at the Met Gala. Levy, who recently signed a deal with Netflix to produce more content for the streaming platform, is best known for writing and starring in the Canadian sitcom Schitt’s Creek, a show that has been praised for breaking boundaries by normalizing same sex relationships. Many Canadians will remember the iconic billboards that decorated downtown Toronto as the final season aired featuring Levy and his on-screen partner Noah Reid. There is no doubt that the show’s success helped earn Levy a ticket to fashion’s biggest Night, and he remained faithful to his advocacy at the Met Gala in a way that truly did its theme justice.