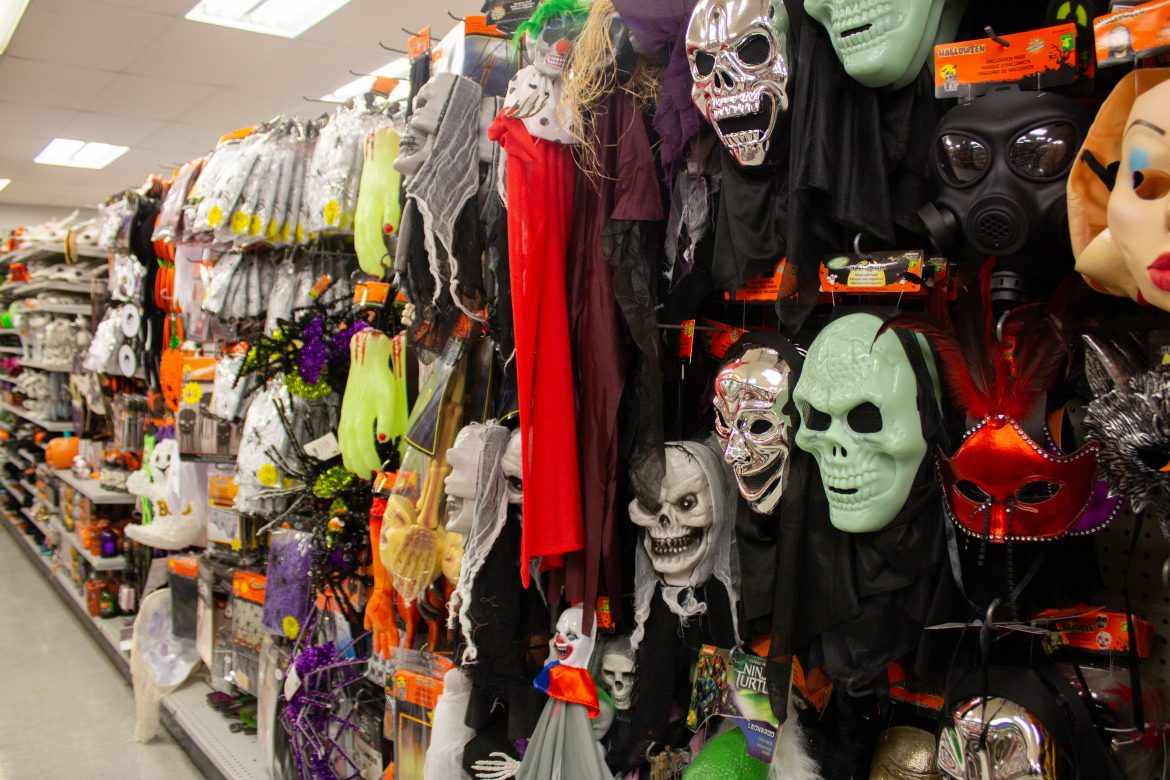 I sat down in a dark and empty room, analyzing recent trends, closed my eyes shut and visualized what I’d seen over the last few years. I felt a glowing sensation arise inside me, my skin sparkling like a Twilight character. Unfortunately, no fangs appeared, but I did realize my true potential. It was nothing to do with my academic career, but more so with my newfound costume prediction abilities. And it’s an absolute honour and privilege to be writing to the student body from my laptop. I only hope you will accept my predictions with a warm embrace.

There were many costumes I couldn’t add here, otherwise, my list would be too long. But if you’re having trouble choosing something you can use this list and later lie to your friends that you came up with it. But beware, you might be wearing the same thing as the next average Joe!

Tried and true. Tested for many years. Most likely safe. These are costumes that many people can put together last minute because they’re just so basic– not necessarily in a bad way either. Most people will pick one of these at least once in their lives. Maybe you will be one of those people this year.

We’ve got: devils, angels, black cats, and Karen Smith’s mouse from Mean Girls (basically any animal that has cute ears and simple makeup). There are superheroes, princesses, pirates, vampires and cowboys. Then there are ghosts with sheets over their heads, different decade outfits from the 20th century up until the mid-2000s and horror movie masks such as Scream and The Purge.

Pop culture predictions can be the most interesting. Everybody has different interests, so it makes it a tiny bit more difficult to fit everything that’s happened in the past year or so. It really depends on what you’ve been keeping up with, so you might not go as a Kardashian necessarily, but you might see these costumes because I believe they’re popular enough to become widespread.

My magic glowing ball (a.k.a my brain) tells me: any character from Stranger Things, You, Squid Game, House of Dragon, or Euphoria (with an emphasis on makeup) will be popular trends this year. I see potential for Barbiecore, current pop musicians such as Olivia Rodrigo, Taylor Swift, or Harry Styles. Pop icons like Britney Spears, Lady Gaga, and Beyoncé are also good ideas.

And you might see Top Gun attire, which no offence, I really hope I don’t see because it was kind of a flop when I saw it. (For the record, I love action movies, and I think I hoped for more action than was given, but that’s another story.) As a bonus, I even see the Corn Kid. Yes, you will have to dress as corn and carry corn with you around campus for it to work. And yes, you will have to sing the viral song as well. You have to be very committed.

For this section, I’m going to go with classics and predict “Toronto Mans” (ironically or unironically), the basic Harley Quinn and Joker duo, Super Mario Bros characters, minions from Despicable Me, Kim Possible characters, Marvel, the Scooby-Doo gang, Winx Club, Powerpuff Girls, Cher and Dionne from Clueless, and anime characters. The TV shows from the above category also count here and for some of these, I’m sure they will happen. And, just because I previously mentioned Kim K., I will also say that people will dress as her and her family.

Halloween is an incredibly versatile holiday, and I don’t think people appreciate that aspect enough. Costumes can vary from being low effort, extremely detailed, cute, or gory. I honestly don’t hold it against anyone who doesn’t care about dressing up, but I am very curious to see what people come up with and how many people will end up dressing similarly. I’m hoping my predictions will come true so I can get bragging rights, even if I got just one of them right! I’m sorry in advance if you think your costume is original but you’ll see someone down the street looking exactly like you because of this list. Or perhaps I should ask you to play along and not change your costume because you saw it here. Either way, have a happy Halloween!