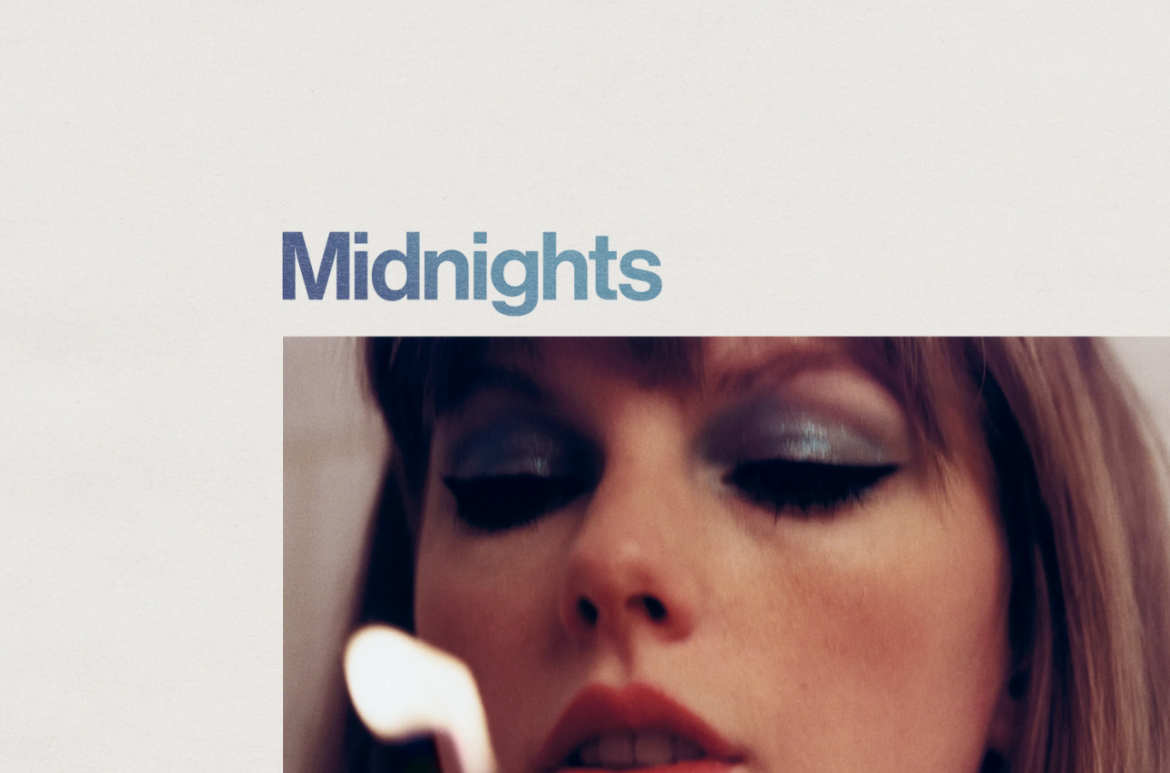 On October 21, 2022, Taylor Swift released her tenth studio album Midnights. In an Instagram post, Taylor describes the album as “the stories of 13 sleepless nights scattered throughout her life.” Exactly three hours after the album fittingly dropped at midnight, Taylor chaotically released Midnights (3am Edition) which contained an additional seven bonus tracks. As an avid Swiftie, here are my unfiltered thoughts on each of the tracks after listening to the album for a month.

“Lavender Haze”: This is an excellent opening track and perhaps one of my favourite songs that Taylor has written. The beat and bassline are perfect and intertwined perfectly with the melody.

“Maroon”: I think this song beautifully highlights Taylor’s lower vocal range. Also, I find it very poetic that not once during this song does she use the word “red.” Lyrically, “Maroon” is quite strong and invokes beautiful imagery in the listener’s mind.

“Anti-Hero”: This song was fully stuck in my head for the entire first week that the album was out. While the “sexy baby” lyric took me by surprise at first, I think this song has a message that we have all been able to relate to at one point or another in our lives.

“Snow On The Beach (feat. Lana Del Ray)”: I have to admit, like many others, I was disappointed that Lana didn’t have a full verse on this track and was only given background vocals. However, the song is quite beautiful and you can tell that Lana definitely lent a hand in writing it based on the lyrics and melody.

“You’re On Your Own, Kid”: Taylor’s fifth tracks never disappoint and this one is no exception. The message of this song is so beautiful and I think it will resonate with many of us who have grown up with Taylor’s music. If you haven’t already, I would highly recommend giving this song a listen.

“Midnight Rain”: This song fell a little bit flat for me. While the lyrics definitely capture one’s attention, the production sounds a bit generic which causes the song to blend into the background. However, I think an acoustic version would sound amazing.

“Question…?”: Rhythmically, this song is super fun to listen to. I think it is super underrated and definitely needs more attention. It also has a more chill vibe which works nicely with its placement in the tracklist.

“Vigilante Shit”: As an avid reputation stan, this song is everything that I needed and more. The bass line adds some nice depth to the track and makes it sound great on headphones.

“Bejeweled”: At first I sort of discounted this song, but after the music video was released and the TikTok dance went viral it’s been stuck in my head. I just know that this one is going to be a fan favourite when she performs on her upcoming tour.

“Labyrinth”: This song has a beautiful, delicate melody which is overlaid on top of simple and elegant production. The result is a charming song that nicely showcases Taylor’s higher range.

“Karma”: I’ve been excited about this song from the moment that it was announced to be on the album. For context, “Karma” is a concept that has been floating around the Swiftie community for years. It’s rumoured to be a discarded album that was never released and is apparently just sitting on her laptop. Swiftie theories aside, this is a catchy and witty song that has a solid message.

“Sweet Nothing”: While I do think this is one of the weaker songs on the album, it’s definitely not a bad one by any means. It’s very reminiscent of folklore and evermore and I almost want to believe that it was an unreleased song from one of them.

Mastermind: A strong closing track. I think Taylor did a wonderful job of encapsulating the feeling of satisfaction that we get when a plan is perfectly executed and yields the result that we want. I also think this song perfectly captures where she is at with her songwriting journey and shows how much she’s grown in this regard over the years.

Bonus Tracks on the 3am Edition:

“The Great War”: If there is one thing that Taylor Swift does well, it’s using a metaphor to craft an excellent song, and this track is no exception to that. For this reason, this track is one of my favourites on the extended version of the album.

“Bigger Than The Whole Sky”: I struggled to figure out what this song is about and honestly I still have no idea. Despite this, I like this song a lot. Once again, Taylor’s higher vocal range works really well with the production and the guitar in the background is a nice nod to her country days.

“Paris”: Since the album was released, “Paris” has become one of my favourite Taylor Swift songs of all time. The track is reminiscent of a classic 1989 song and is a great example of the classic pop sound that Taylor is known for.

“High Infidelity”: This is another song that is a little bit forgettable for me. It’s a little bit too similar to some of the other songs in the album and doesn’t have anything special that makes it stand out. While I don’t think there is a bad song on this album, this one would definitely fall lower in my rankings.

Glitch: This song needs a jumpscare warning. About halfway through the song, there is a long pause which makes you think that the song is over, and then out of nowhere she screams “GLITCH.” Overall, not a bad song though, and I’ve definitely replayed it a few times.

“Would’ve, Could’ve, Should’ve”: John Mayer better watch his back because there are several hundred thousand Swifties out for blood. Taylor sometimes does this thing where she puts absolutely heartbreaking lyrics over a fun, upbeat track like she does in this song and, honestly, it makes for a great song every time.

“Dear Reader”: This song has also become one of my favourites of all time. It’s the perfect track to end the extended 3 am edition of Midnights. The vibe is super chill and the message is so important. I honestly think that this slower indie-pop sound really suits Taylor and she should play around with it more often.

Overall, I think Midnights is a collection of well-produced pop songs which encompass a wide range of sounds and moods. While I was originally not the biggest fan of this album, I’m happy to say that it has grown on me immensely and some of the tracks have even earned a place in my permanent rotation. Midnights is exactly the album we need as we emerge from a three-year pandemic and I know it will be an excellent album for Taylor to perform on her upcoming Eras Tour.