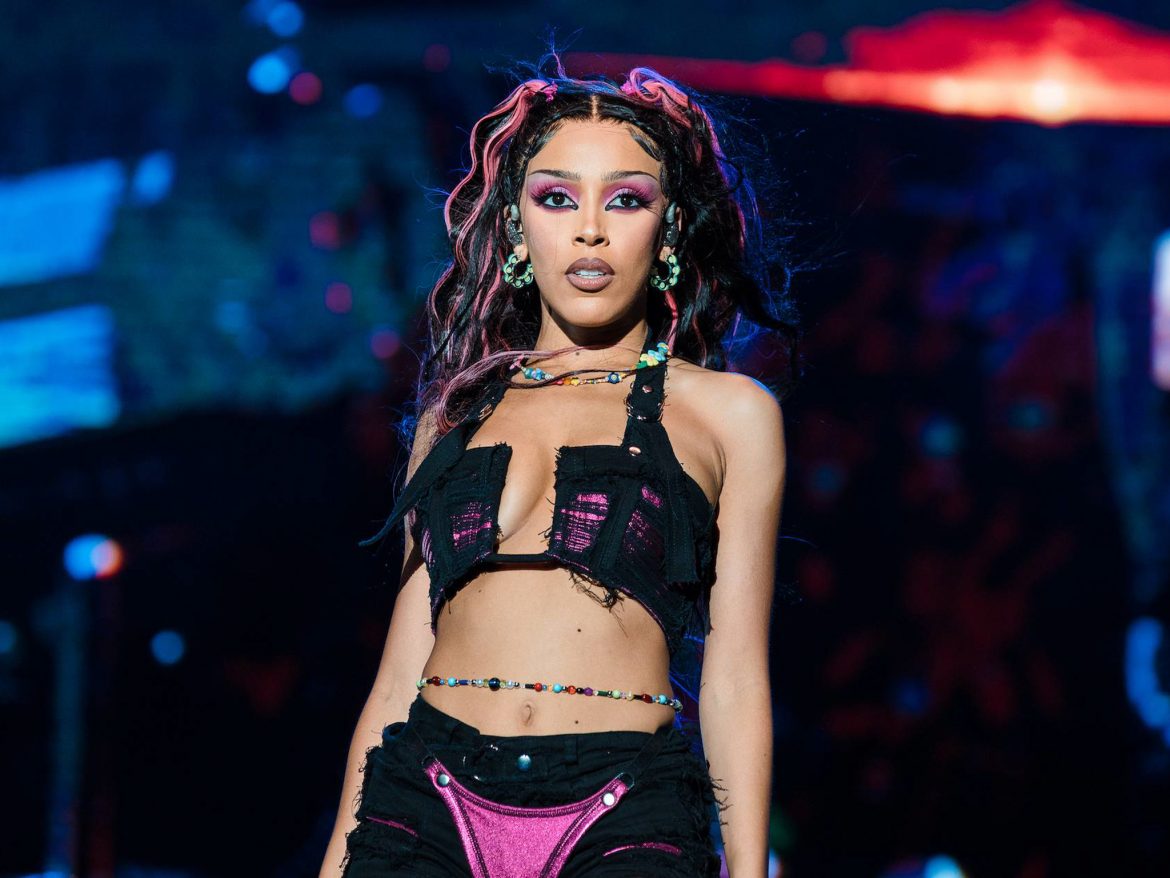 A very late review of Doja Cat’s “Planet Her”

If you have been on TikTok, I can promise you that you have heard an audio clip from the iconic Doja Cat. Even if you claim not to know who she is, at least one of her catchy songs has been stuck in your head at one point or another. Maybe even one of her meme worthy videos of her just living her life. But that’s not what we’re here to talk about today. Whether it be the addicting dance that follows the song “Woman,” or the iconic yelling at an ex through “Ain’t shit,” you have heard the songs from her newest album Planet Her, and have felt the impact of the message she’s pushing through her music.

The album showcases a full array of Doja’s musical talents. Songs ranging from quick beats to slower one, emphasize how she can sing and rap and how quickly she can change her flow to match with the song. The songs themselves express her amazing and creative song writing abilities that have continued to surprise and baffle people (even though a lot of the songs sound like something you would hear playing in Justice in 2012). Doja’s movement, in the album, from writing a song about being a cow and not a cat that says meow, to a song that empowers women, is probably the best way to show her creativity, and even so, where her priorities lie.

To be honest, in listening to the album (even though this review is way later), there is no central theme to be found, and it seems Doja is just putting out her music. With songs like “Woman,” Doja asserts that without women, society would not be able to run, and even challenges the definition of femininity, questioning what makes something or someone feminine over something else. Her song, “Get Into It (Yuh),” with its iconic lines of “get into it (yuh),” frequently spotted in a viral TikTok trend, showcases the way that Doja is pretty much able to find a rhyme for every word. She could probably find a rhyme for orange with the way she creates and matches words in that song.

Honestly, the entire album might not have a central theme, and the way songs follow each other may seem like Doja is jumping all over the place, but each song is pretty much an instant hit, incredibly creatively written, and plays to her strengths. Doja Cat herself is not a traditional artist in any way. She has been unapologetically herself from the second she stepped onto the scene, so naturally, it’s not surprising that her music would follow the same style. Maybe that’s what makes her music so popular and iconic. Doja does what she wants and writes the music she likes, showing her passion and enjoyment, instead of trying to write for other people. Overall, Planet Her is a masterpiece of iconic songs which reflects Doja’s personality, not just as a songwriter and musician, but who she is as a person.