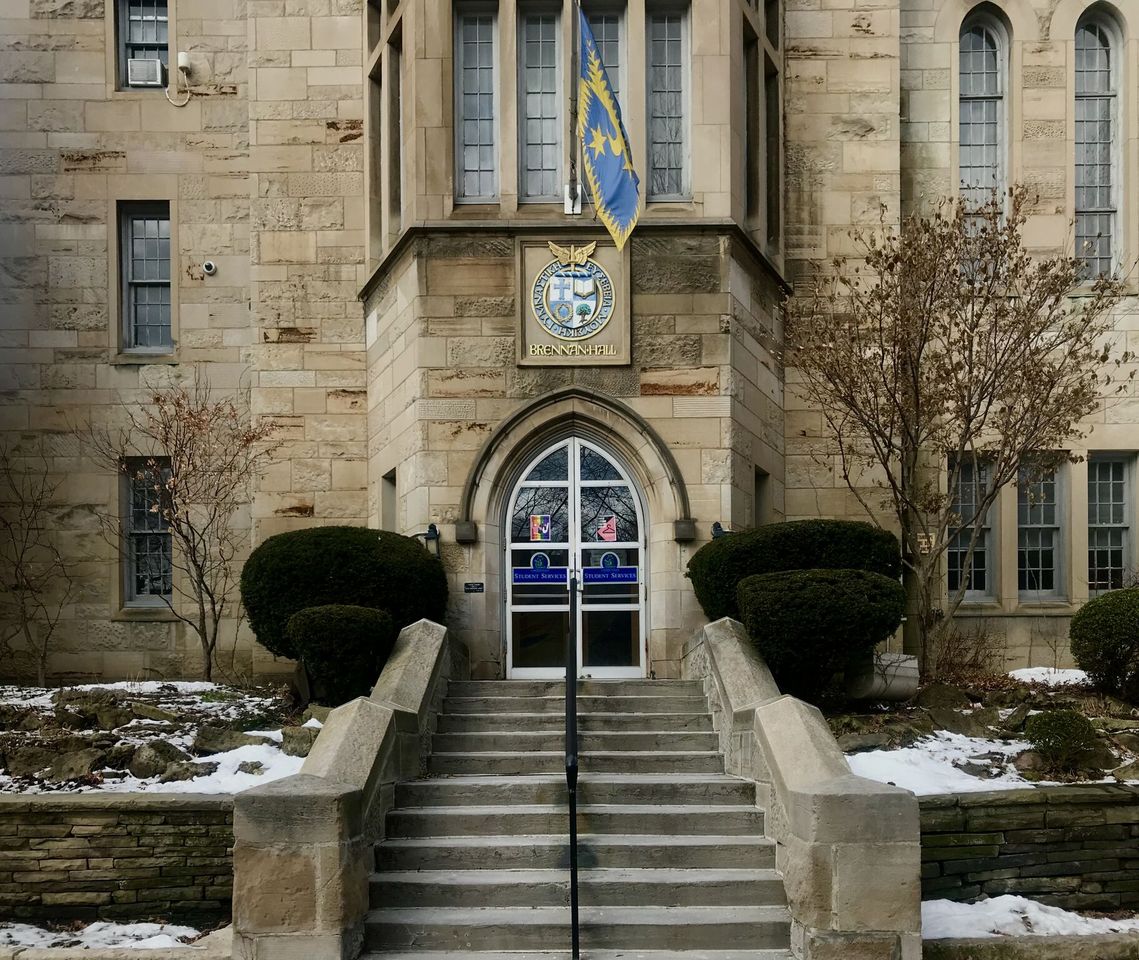 Recently, students at the University of St. Michael’s College (USMC) have drafted a proposal for USMC to provide free menstrual pads in bathrooms on campus. In an interview with The Mike, Chiara Perry, a third-year political science major and Vice President of Community Life for the St. Michael’s College Student Union (SMCSU) spoke about starting this initial proposal.

Perry further commented on her motivation behind the proposal. “The issue of period poverty prevents people who experience menstruation … [from going] to school or work. This initiative would aid the issue of period poverty present within our society, effecting one third of Canadian women under the age of 25, which does not even address the number of trans men who experience menstruation.”

Though, this proposal is still in its early stages of submission. Perry stated, “I brought [the idea] up with the rest of the SMCSU council to see if this was something they wanted to support so that I could move forward with it. It was necessary to ensure consensus on the initiative, clearing up any questions or concerns, before putting forward the proposal to further ensure the success of the initiative. I then wrote up a proposal [and had it] sent to Dean of Students Duane Rendle before [planning to put] forward the proposal to USMC President David Sylvester.”

When addressing general reactions, Perry stated that many students at USMC have been in support of implementing free menstrual products across campus. She also noted that USMC campus groups such as SMCInclusive have also shown support toward her proposal.

As far as next steps go, Perry stated, “I had originally submitted my proposal to Duane Rendle at the beginning of February to have it reviewed before finally submitting the proposal to President Sylvester to begin discussing the possible implementation of free menstrual products in all washrooms at St. Michael’s College.”

Though in regard to this, Perry stated, “I was informed by Duane Rendle that before SMCSU forwards the proposal to President Sylvester, SMCSU should consider proposing to fund the project themselves, as typically colleges that offer free menstrual products have had the initiatives initially paid for by their student unions.”

“This has caused a bit of a bump in the road for moving forward with the proposal, as SMCSU needs to discuss where the funding will come from, how SMCSU will restock the menstrual products, how SMCSU will keep track of products taken, and how SMCSU can ensure the sustainability of this project. Once the current council ends their term it is being explored how it can be ensured that future councils continue this initiative,” Perry stated.

She further noted to The Mike that “SMCSU is currently in discussion with the Victoria University Student Administration Council (VUSAC), [which] currently offers free menstrual products, to see how SMCSU can successfully bring the initiative to the St. Michael’s College campus.”

So, as of now there has not been a formal proposal made to USMC President Sylvester, although SMCSU is hoping to do so in the near future to begin the discussion process and implement free menstrual products in at least Brennan Hall come the next school year.