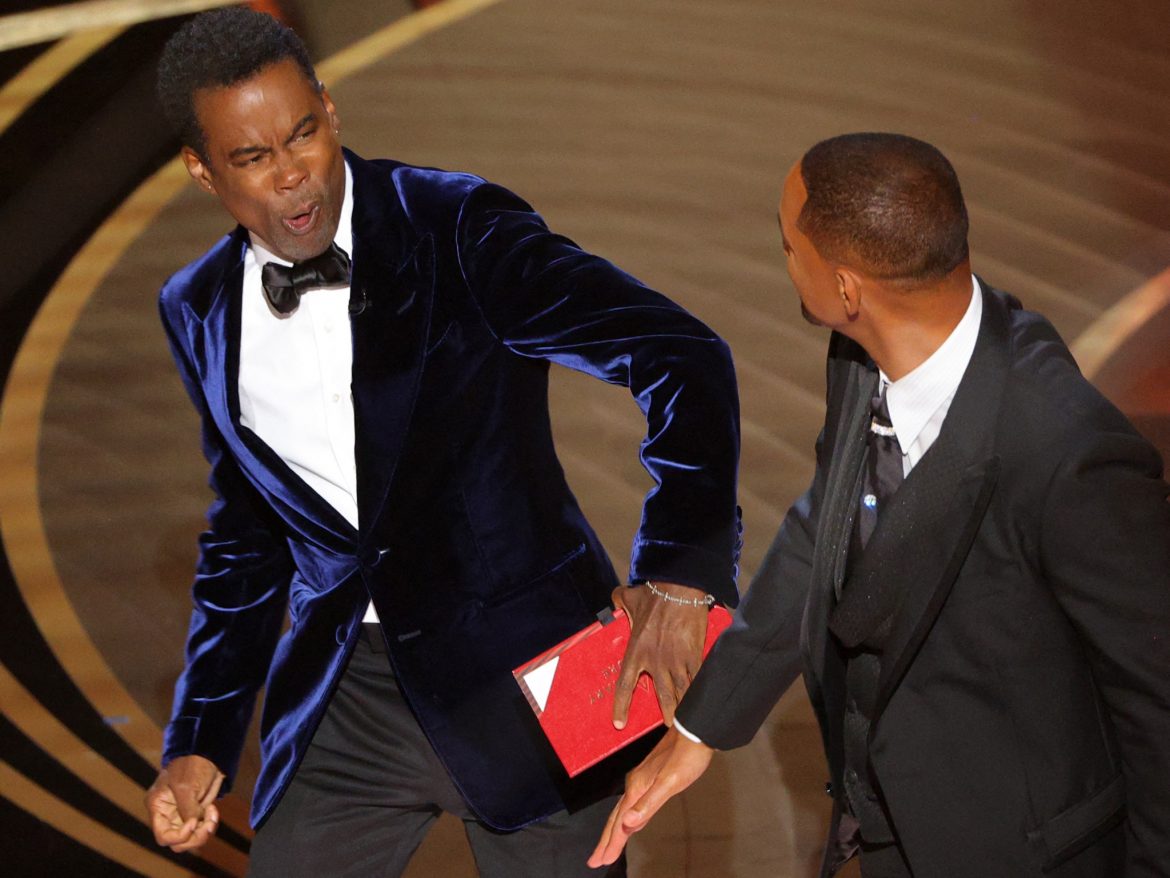 In 2017, Moonlight’s Best Picture win was undercut by the mistake of first awarding the prize to La La Land. In 2019, Green Book’s Best Picture win was puzzling to many film fans. In 2021, the telecast ended flatfooted when Anthony Hopkins won Best Actor but was not present at the show. The Oscars have a history of not being able to produce a show without a few hitches, but what happened during the 2022 Oscars was something the show has never seen before. For the first time, it wasn’t the actual films that were making the headlines Monday morning, instead, it was the movie stars notably taken out of the ‘movie star’ context and had violent implications.

I do not want to linger on the details of what occurred between Will Smith and Chris Rock, but when the Oscars have already been suffering from the lowest ratings in its history, the award show has now hit a new low. For a night that was themed as ‘movie lovers unite,’ there was a very limited amount of movie-loving from the telecast this year. Instead of taking time to acknowledge the nominees that were invited to the show, most of the telecast was filled with comedians taking jabs at the sanctity that is Hollywood. Whether its Wanda Sykes discrediting Samuel L. Jackson’s filmography only because he does not make enough rom-coms, or Amy Schumer saying that nobody has seen The Last Duel, not even the director (which was one of my favourite films of the year, you can stream it now on Disney+), or Amy Schumer playfully mistaking Kirsten Dunst for a ‘seat filler’ only to be met by the death stare of her husband Jesse Plemons. For an award show that desperately needs to justify its own existence and declare its importance toward mainstream audiences, they really did not do a good job here.

Appropriately enough, the best moments that came out of the 2022 Oscars were about the movies themselves. Moments like Kevin Costner recollecting a magical theatre experience he had when he was younger had me emotional. The movie anniversary showcases, however forced, were the Academy’s best attempt at getting as many film fans engaged with the show (I especially liked Uma Thurman and John Travolta recreating their ‘twist’ dance from Pulp Fiction).

The Oscars ultimately must begin to focus their attention on the movies instead of turning their telecast towards music performances and comedy bits. Instead of producing a variety show that attempts to appease everyone, make a show for the fans like they appeared to set out to do with the theme ‘movie fans unite’. What began as a night that would put the year’s best films center stage quickly became a night of competing egos and confusing Hollywood drama. The 2022 Oscars were indeed ‘Hollywood’s biggest night’ but were also the continued deterioration of the Academy’s image as well at the films’ expense. If you are like me and want to actually celebrate the year’s best movies, perhaps check out some of the nominees that were not recognized during the ceremony such as The Worst Person in the World (in theatres) and Spencer (Amazon Prime).