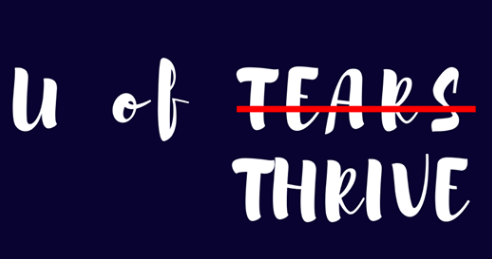 On October 10, from 7 to 9 p.m. U of Thrive, a mental health student initiative group, hosted a mental health awareness event. The event was held at the University of Toronto St. George campus (UTSG), but involved students from all three University of Toronto (U of T) campuses. The gathering was sold out despite it being the first ever U of Thrive event.

This event was a chance for students to publicly address their issues with U of T’s mental health policies — especially given the current climate at U of T regarding these issues. The event also acted as a way for students to share their own stories and experiences. It included everything from speeches and personal anecdotes to spoken word poetry and musical performances.

In the case that any members of the audience became distraught or needed someone to talk to to decompress, there was always a trained member outside of the event ready to help.

According to its Facebook page, the U of Thrive initiative “is an inclusive group that has been formed to eradicate the negative U of Tears culture of normalizing burning out as students.” The group further states that “neglecting your mental health does NOT equate to success.”

The main message of the event was clear: if the student body works together, voices will be heard and changes will be made.

At the beginning of the event a speaker asked the audience how many people knew about U of T’s insurance coverage for a mental health professional. Surprisingly, only three members of the audience raised their hands.

U of Thrive has plans to determine what exactly its specific goal for the group is. But one thing is clear — this is only the beginning.