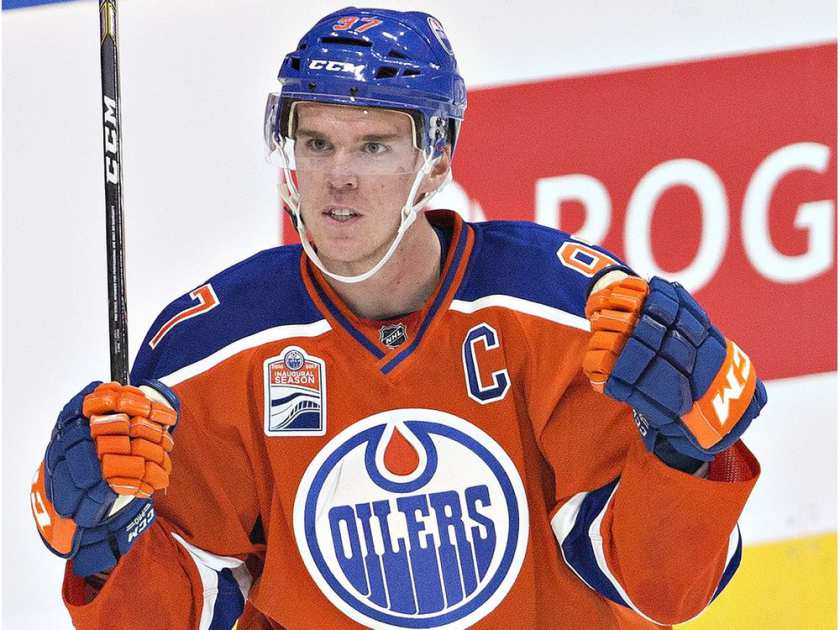 The beginning of a new era in Edmonton

In a hypothetical survey of 40-60 year old hockey dads, 50%  admit Connor McDavid is their biggest crush. The nineteen-year-old, who recently became the youngest NHL captain of all time, has been dubbed a generational talent by fans, critics, and dads alike. He scored a combined 6 points in his first two games and was the NHL first star for its first week of regular season play. Why oh why did he have to go to the Oilers, an organization that has been wasting young talent for years?

The Oilers have had four first overall draft picks in six years, a streak which culminated with the aforementioned McDavid. This summer, the Oilers traded away two of them in Taylor Hall and perennial disappointment Nail Yakupov.

To put that into a historical context, the Pittsburgh Penguins had two first overall picks (Sidney Crosby and Marc-Andre Fleury) and two second overall picks (Evgeni Malkin and Jordan Staal) over a four-year period. Since, the Penguins have won two Stanley Cups, including one with former Leafs stud, Phil “The Thrill” Kessel. For the Oilers, this should be a good sign.

However, Oilers management and coaching has been unable to translate its talent into any sort of real success. The team has gone through seven coaches in seven years, including the late great Pat Quinn. Their young talent has been squandered by this lack of consistency in coaching system-wise and lack of vision from management. The team had no core to create and sustain a team culture, which resulted in a collection of fast skating, mistake-prone kids spinning their tires.

Then, along came McDavid. Ushering in a new era for the team, the Oilers gave him the captaincy after a single injury-shortened season in the NHL. Togo with McDavid, the Oilers have added veteran winger Milan Lucic from the bruisin’ Bruins and a new head coach in Todd McLellan, after a decade-long stint with the San Jose Sharks. In other words, two quality additions with winning track records—just what the Oilers needed.

While not a perfect team (Cam Talbot in goal is one glaring weakness) the Oilers have the framework in place to begin their new dynasty with McDavid at their lead. Beyond the depth of young talent acquired through years of disappointment, from longest tenured Oiler Jordan Eberle at the ripe old age of 26 to recent Finnish first rounder Jesse Puljujärvi, the Oilers have also christened a brand new arena.

Dubbed by the entire Sportsnet crew as the shining the jewel of the NHL, Rogers Place, (coincidentally owned and operated by the owners and operators of Sportsnet) is a $600 million monster. Boasting impressive lighting rigs, over $100 million in advanced information tech, and seating around 20,000, the complex marks an impressive commitment by both Rogers and the city of Edmonton to the Oilers. It is supposedly going to create a multi-million dollar real estate boom within its one-kilometre blast radius. The Rogers Centre signifies the beginning of a new era for Edmonton– an era complete with championship banners, raucous celebrations, and, of course, the player all dads would trade their firstborn for: Connor McDavid.