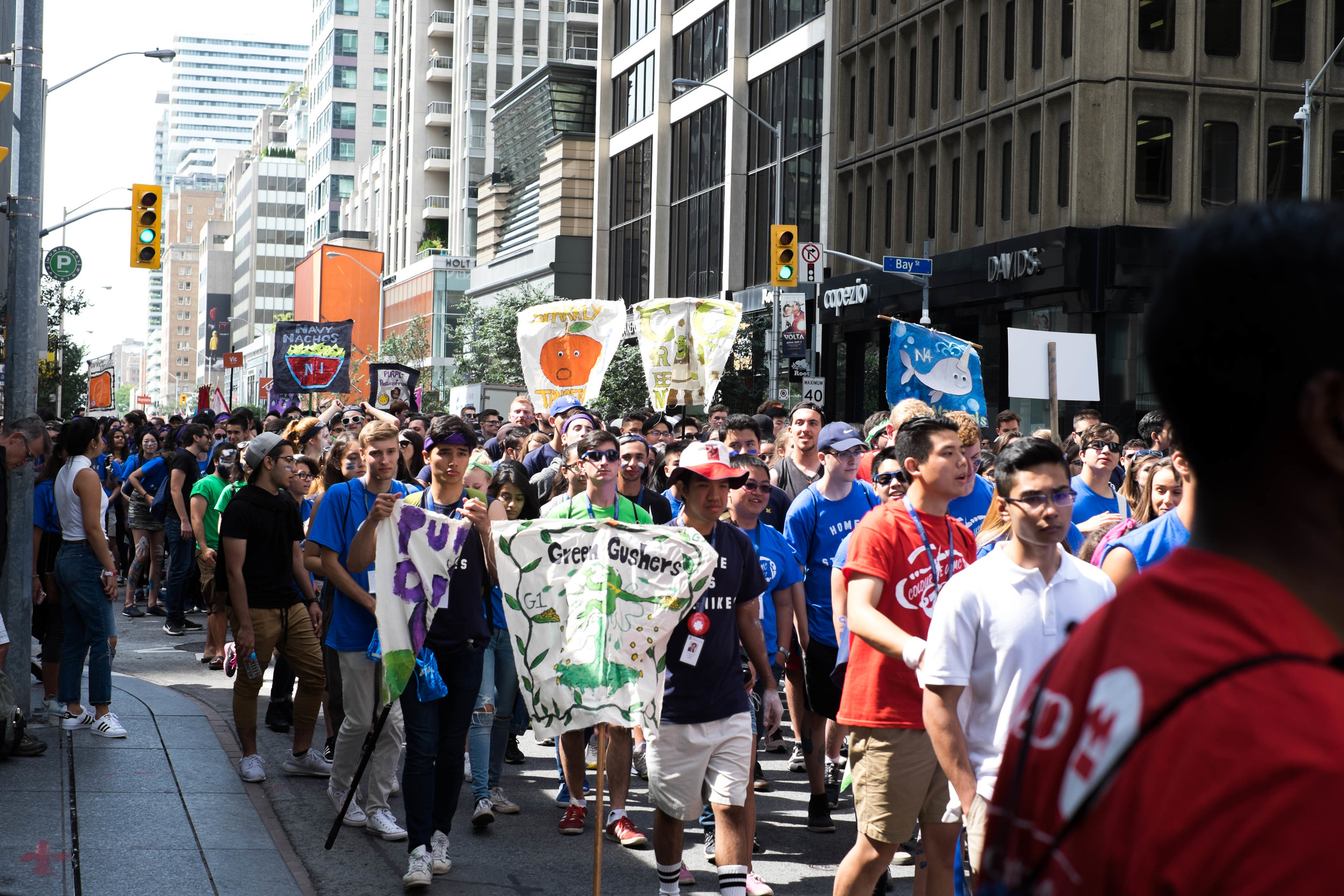 Looking back at my first week of university

In all honesty, I think every first-year student feels some level of anxiety as they embark on their first week of university. For myself, this was especially the case. With that said, there’s nothing a couple of St. Michael’s College chants can’t fix. Yes, if you’re tired of those chants too, then you, too, probably went to orientation week. Jokes aside, it was a very eventful week, and one I particularly appreciated as it made my transition to university just a little bit easier. I’d like to tell you why.

To begin with, one of the reasons I had such high anxiety coming into university was due to my fear that it would be di cult to meet new people. I imagined myself engaged in awkward conversations and feeling lost on campus.

However, as soon as I was put into my orientation group, (the G4’s — go green go!) I began having a really good experience. I came to appreciate the system of all the students being split up into groups. Although we were all St. Mike’s students, the groups allowed us to compete against one another in various small and fun competitions — which, with my luck, the G4’s always lost. Nonetheless, being put into a group right away allowed us to feel a sense of belonging and gave us a common cause to bond over. That feeling was a promising foreshadow of what was to come.

The week continued with a variety of activities that got me used to the campus and others around me.

In particular, I found the scavenger hunts around campus to be extremely helpful. My group leaders pointed out various locations that would be of use to me throughout my next four years of university. For example, I learnt where I could access writing centres, where most of my exams would be taken, and got some advice on where nice places to study are. This activity is possibly one of the most underrated parts of orientation week. Even if you’ve seen the campus before, an upper-year student will always be able to share more information with you that may become of critical use later on.

Perhaps one of the most memorable days, however, was the U of T Tri-Campus Parade. The parade consisted of all three U of T campuses as we took over the streets of downtown Toronto. It was incredible to see the sheer number of students that attend U of T and especially to see us as one group, united.

Personally, through past years in education, I have never felt a real sense of pride about the schools I attended. Until now. Here at the University of Toronto, I can surely say I am a proud Varsity Blue. This feeling is primarily brought about by, first and foremost, my love for the city of Toronto, and secondly, having such intelligent individuals to surround me: people I can gladly call my peers.

Overall, I believe that orientation week is a crucial week for any first-year student. It is the introduction to the next four years of your academic career, and how you manage that first week can set the tone for how your time at university may go. For myself, I’m glad such a week can be put on, and if I were able to give any advice to next year’s frosh, it would be to use the week to its fullest potential.