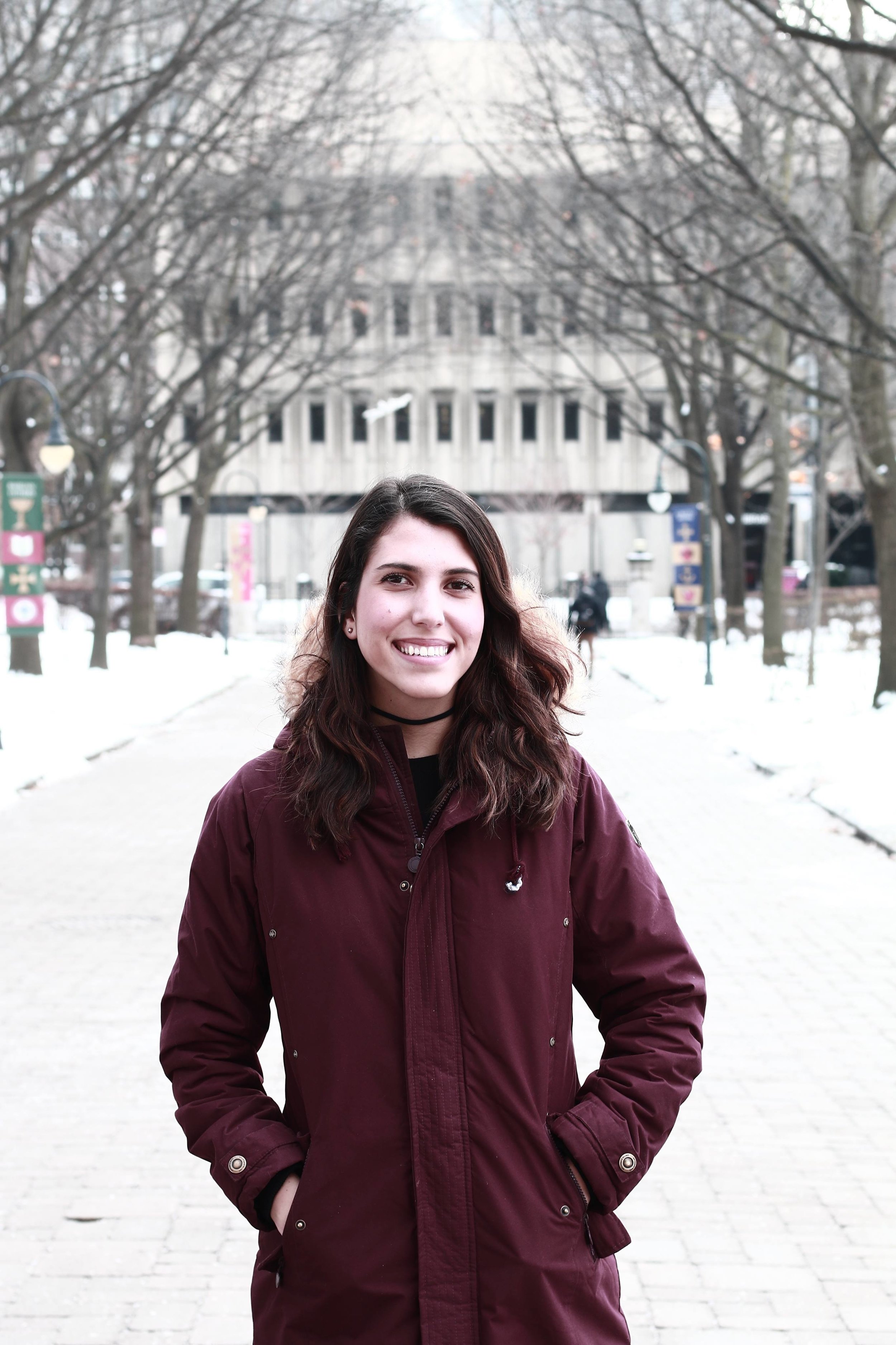 Sophia Lahey is a fourth-year St. Mike’s student majoring in Political Science and double minoring in English and Cinema Studies.

What sorts of co-curricular roles have you undertaken while at St. Mike’s?

I have been a part of the University of St. Michael’s College (USMC) Orientation since my second year as a leader and most recently a marshal. I was also a part of the St. Michael’s College Student Union (SMCSU) as Arts Officer. Outside of St. Mike’s, I am part of the Victoria’s Secret PINK Campus team as the team leader for the Campus Outreach Coordinators. I am also part of the University of Toronto (U of T) Her Campus Chapter as a writer, editor, and co-host for their video portion (which I highly recommend you check out).

What inspired me was really the people in the community. I’ve never experienced such a welcoming community before in my life. In high school I was a very shy person with low self-confidence so I didn’t put myself out as much in fear of being rejected. Seeing the people who were involved in this community made me want to be involved. I first joined Orientation, which made my passion to be more involved grow. I decided to run for SMCSU, which was my biggest personal accomplishment because that was the turning point for me; from being a shy follower into a confident leader. What I have learned and/ or taken away from these experiences is that you have to be vulnerable and take risks. I almost didn’t join anything because I didn’t want to step outside of my comfort zone in fear that I may be rejected. I have to thank my friends for pushing me to do so because I wouldn’t have half the friendships and experiences I do now. So, step outside your comfort zone and join that club or run for that position, especially at such an amazing community as USMC.

Outside of school, what activities and hobbies do you take part in?

I’m not really part of any clubs or organizations outside of school. But I do enjoy writing and creating stories and songs, which not a lot of people know about me.

As a graduating student, what’s next for you?

This question used to give me anxiety. But I can now confidently answer it. I want to do a postgraduate program in Public Relations at Humber College and hopefully do PR for political parties (think Olivia Pope) or an entertainment company.

What advice would you give to incoming students and first-year students on your undergraduate experience?

Don’t compare yourself to others. Whether it be about grades, looks, or any sort of success. Each and every one of us has our own story to tell and nobody’s is like any other. And that’s amazing. Write your own story, don’t plagiarize.

A lot can be said about a person’s character based on their favourite food. What’s yours?

Good question. My favourite food is seafood. What does that say about me? According to the Huffington Post, it suggests a willingness to try new things and go outside of your comfort zone. “Flexible and rarely rattled.”