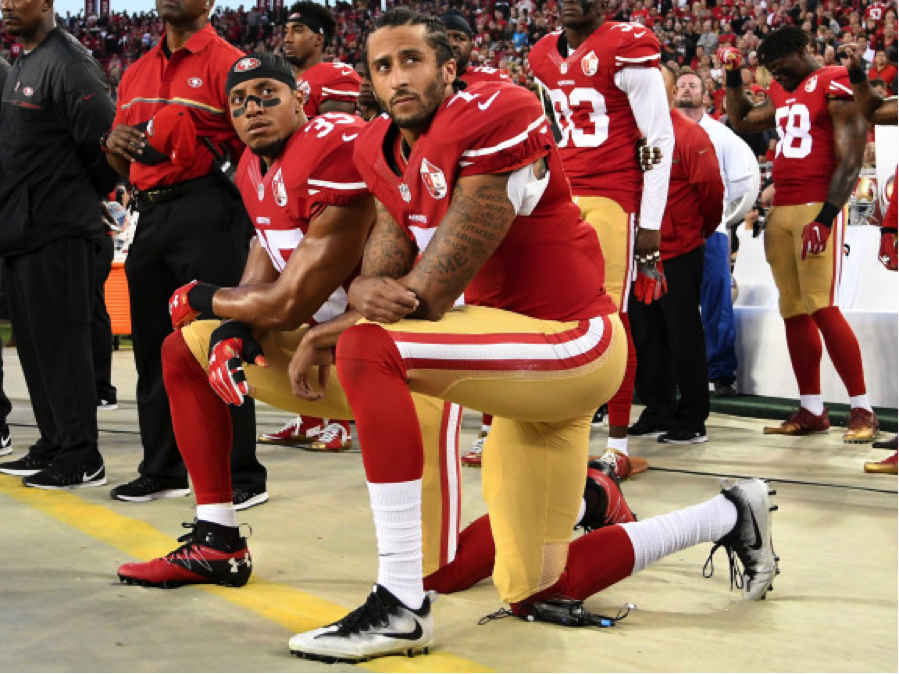 Ask someone today about Colin Kaepernick and his exploits over the last two or three years and you would probably hear something positive about him — about how he is a hero to not only stand up for the rights of oppressed minorities living in America, but also how he sacrificed his potential for a future in the National Football League (NFL) to continue to fight for what he kneeled for.

Despite his success in the NFL, Kaepernick is arguably most famous for kneeling during the pre-game national anthem to protest police brutality against African-Americans in America.

Of course, for every person that agrees with Kaepernick’s actions, there is someone who disagrees. Some believe that his actions are greatly disrespectful and unpatriotic, and they were appalled by his kneeling. The second sentiment, while unsurprisingly still popular among the population, was far more prevalent two years ago, but with Nike’s newest ad campaign using the statement, “Believe in something, even if it means sacrificing everything,” it seems like we have finally laid to rest any notion of Kaepernick being unpatriotic.

Without a doubt, the United States has one of the most complex and horrifying histories when it comes to race, oppression, and discrimination among its citizens. The Civil War in the 1860s was a defining moment in history when the North beat the South to abolish slavery. While slavery was finally gone, life for African-Americans did not severely improve. Racism and oppression was still common throughout the country, and until the Civil Rights Movement in the 1950s and ’60s, nothing had really changed.

In fact, one of the more polarizing figures of the Civil Rights Movement was a different African-American athlete, Muhammad Ali. Ali refused to serve in the armed forces in the Vietnam War in the 1960s, after which his boxing license and passport were stripped away. Refusing to step away from his convictions, Ali continued to fight for his right to not have to serve, saying, “Why should they ask me to put on a uniform and go 10,000 miles from home and drop bombs and bullets on brown people in Vietnam while so-called Negro people in Louisville are treated like dogs and denied simple human rights?” Backed by the likes of Malcolm X, Martin Luther King Jr., and many other civil rights activists, Ali transcended his status as just an athlete and became a public figure, fighting for the rights of the millions of oppressed African-Americans living in the United States.

What we’re witnessing now with Colin Kaepernick is very reminiscent of what Ali did half a century ago. While what Ali did was under much different circumstances and in a different era of racism, Kaepernick set aside his livelihood to stand by his ideals and not budge until there was a change. Politics and sports have been intertwined since the beginning, and as long as athletes can transcend the sports world and become larger than life, we can and should expect them to stand for their beliefs that reflect the opinion of the public. As novelist and social critic James Baldwin once said, “I love America more than any other country in this world, and, exactly for this reason, I insist on the right to criticize her perpetually.”