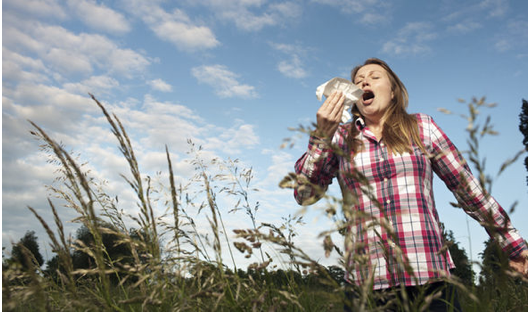 The highs and lows of spring in Toronto

Spring is not my favourite season. There are various reasons why it’s not and will most likely never be my favourite season: first of all, fall is objectively the superior season, so there goes spring’s chance at the top spot. Summer entails of freedom, so it takes the silver. Winter has Christmas and snow, but it’s cold, so it’ll have to settle for third place. Spring just misses the podium. Of course, I’m sure there are people who like spring best, and it’s probably because they don’t get hay fever and are not allergic to pollen. Wake up and smell the flowers? That’s basically asking me to wake up and make sure that I get absolutely no sleep that night due to constant sneezing, sniffling, and generally hating my body, while letting me get sick just in time for midterms.

So that’s the first big reason why, at least for me, spring sucks: allergies.

The second reason is one that is a shared pain among students — midterms. Spring in Toronto means that right in the heart of midterm season, you get to enjoy the company of your also-suffering peers, while being unsure of which ones are legitimately sick, which ones have allergies, and which ones are simply crying and asking themselves if they can handle university (if you are one of those people, consider talking to an academic advisor, counsellor, or your registrar, but also remember that we’re all asking the same question). Spring is a time when the feeling of new beginnings is in the air, but then you begin to wonder where half of the semester went and why your study habits seem to have steadily gotten worse. Sometimes, spring just brings false hope of something better, but changes don’t generally happen with the turning of a season. You actually need to continuously work toward breaking old habits and creating new, more positive ones. Who would’ve guessed?

You’d think that with the end of winter, the weather would get better. But this year has been a little disappointing. It’s not negative 20 degrees anymore, but it’s certainly still cold. 2 degrees? Sure, that’s considered warm by Toronto winter standards, but 2 degrees is the coldest Vancouver ever gets! It’s still outrageously windy as well. One minute you’re enjoying the crisp air and the bit of sun peeking through the clouds, and the next a gust of wind rushes by and you’d swear that you’d frozen a little inside. The snow is gone, but that just gets replaced with rain (and I can still feel the occasional snowflake).

How much more gloom can we add to this? Much, much more apparently, because, surprise! With spring comes daylight saving time, which robs us of a chunk of the little sleep we get. So instead of getting no hours of sleep, you can get negative one. I’m just kidding. I can usually squeeze in a power nap after a night of cramming necessitated by my own lack of the self-control that would prevent me spending my nights watching Vine compilations. But I digress. The important part is simply that daylight saving time sucks, and it happens around springtime, which also sucks. Don’t even get me started on spring cleaning. I’m not going to clean, and I certainly don’t want to wait until I’m constantly crying and sneezing to do so.

“But surely there must be some nice things about spring, right?” Wrong.

All right, fine, maybe a few things. When it rains during the spring, it makes it so that my allergies aren’t as bad. It’s also the season when you’re most likely to see a rainbow (don’t quote me on that). It may rain, but at least we’re not in Vancouver, and there’s a chance of it being sunny tomorrow. And when it is sunny, it’s beautiful. When the flowers start to bloom, I’ll hate it because of my allergies, but I’ll also love it, because streets, parks, and gardens come alive with colour (at least until a good, hard rainstorm washes their petals away). Maybe that’s the reality of spring: it’s beautiful, but only temporarily. It reminds us that midterms will pass, the weather will warm, and beautiful things are on the way, which sometimes make for an annoyingly beautiful life.