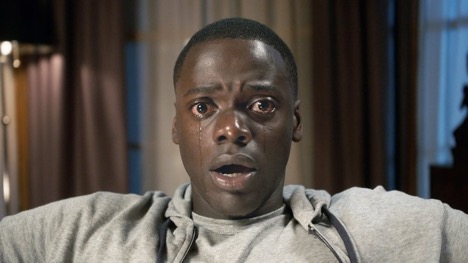 Two free movies on campus that every broke student can appreciate

Movie nights are back for 2019! Grab your blankets, popcorn, and ice cream and get ready for St. Mike’s Film Nights this semester! For those who are already worn out by this midterm season and cramming at the libraries, St. Mike’s has got you covered. Come relax and enjoy some of 2017’s best movies!

Arguably one of the most talked about films of 2017 and rightfully so, this film was the subject of much political commentary and social media memes in early 2017. If you still haven’t seen this controversial movie (even though you totally should have by now), you’ll be able to see it at a free screening Monday, February 11 at St. Mike’s. Jordan Peele’s Get Out is a horror-thriller that delivers a searing satirical critique of the systemic racism that still exists toward our black community. Daniel Kaluuya, who earned a Best Actor nomination at the Oscars for this role, plays an African-American man whose weekend getaway to meet his girlfriend’s parents takes a disturbing turn. Peele’s fan base watched as he made history, becoming the first black director to receive Oscar nominations in the writing, directing, and producing categories for his directorial debut film. If you’re confused about this film’s genre, don’t worry; even Peele couldn’t define Get Out in terms of conventional labels. “I was trying to figure out what genre this movie was, and horror didn’t quite do it,” Peele explains. “Psychological thriller didn’t do it, and so I thought, ‘Social thriller.’”

On a Tuesday night it’s easy to be tempted by a half-price movie ticket at the theatres. Instead, come enjoy a free movie with the St. Mike’s crowd. On March 19, St. Mike’s Student Events will screen Guillermo del Toro’s The Shape of Water (2017), a strange romantic fantasy between a mute woman (Sally Hawkins) and an amphibious creature (Doug Jones). It tells the story of a mute orphan, Elisa, who works as a janitor at a top-secret U.S. government facility and befriends a fish-man who once was “worshiped as a god” in the Amazon before being captured by the American government. Yes, it is as weird as it sounds. If you missed The Shape of Water in theatres, and are still wondering why it won the Oscar for Best Picture, here is the best time to find out.

If you have never been to any of St. Mike’s Film Nights, don’t miss the fun on the next two! Get a chance to know your fellow St. Mike’s students by bonding over a tub of popcorn and two thrilling albeit weird movies. After all, you deserve to take a break during this grueling academic season and have a little fun — but not too much, since we still have midterms!