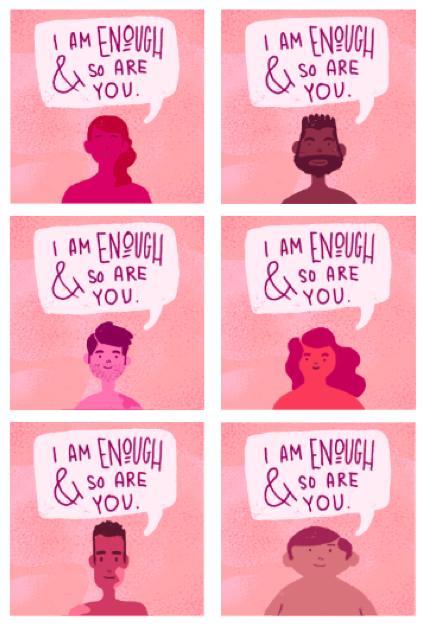 On the need to be more accepting, open, and kind

Hailee: what’s wrong with other girls?

Hailee Steinfeld’s song “Most Girls” tackles the stigma associated with the words, “You’re not like most girls,” and the way in which they are often used. In the music video, a boy compliments Hailee for being different from other girls. She explains in an interview with Rebecca Nicholson, a writer of The Guardian, the consequences of this seemingly harmless comment, “I felt that we’ve been accepting the compliment, ‘You’re not like most girls,’ for a very long time. I have. I feel like there’s been this golden standard or rule that in order to be special you have to be different to other women.”

Growing up, I always advocated for feminism. “Feminism is equality: politically, culturally, socially, economically. That’s it, that simple,” Emma Watson, a well-known advocate of women’s rights described the concept perfectly. The movement is about giving people the choice to decide what they want to do and how they want to define themselves, without being judged. “You know some days you feel so good in your own skin, but it’s okay if you [want to] change the body you came in, ’cause you look greatest when you feel like a damn queen,” Steinfeld echoes this idea in her song “Most Girls.” She tells her listeners that everyone should be allowed to feel comfortable in their own skin and if there is something that they want to change, they should be able to do it without judgment.

Often times, the media and society associate females with negative traits. Take, for instance, the infamous, “You (insert a verb) like a girl!” comments. In sports, when a coach scolds an athlete for “throwing like a girl,” it is often used as an insult. Consequently, girls and women may begin to shun their femininity and mistakenly internalize the idea that traditionally masculine gender roles are superior.  Two years ago, I realized that growing up I would often criticize and stray away from my feminine nature. I told myself I hated pink and made sure to emphasize that I played with both cars and dolls as a child so I would seem ‘cooler’ and less ‘girly.’ There was a disconnect between the changes I was advocating for and my actions. I said I was fighting for gender equality, but my actions said that I did not want to be associated with anything even remotely feminine. I had internalized that “to be like most girls” was undesirable. This is why Hailee Steinfeld’s song “Most Girls” is impactful.

Girls and women come in all shapes and sizes, and each and every one of them is enough exactly as they are. “Most girls are smart and strong and beautiful. Most girls work hard, go far…,” Steinfeld plays with the phrase ‘like most girls’ in her lyrics, using it as a compliment rather than its traditional application to scorn females. “I [want to] be like most girls,” she sings. This verse is incredibly important as it highlights the message that a girl should never feel ashamed of her gender or embracing her femininity (if that is what she wants) and encourages girls to build each other up.

To look at things from another perspective, one should acknowledge that boys struggle with similar difficulties and are also familiar with the scorn that is associated with “being like most boys.” Society’s enforcement of gender roles is constricting; it often requires individuals to dress, behave, and think in certain ways to feel accepted. The strict adherence to gender roles also harms individuals who identify as non-binary, agender, or gender fluid. “Most Girls” is a song of female empowerment because it advocates for the ability and freedom to define one’s identity without judgment, such as the embracing of one’s femininity, and breaks down the negative connotation of being “like most girls/boys.” Her song addresses important topics that support the empowerment of all genders. University is hard enough, as students struggle to juggle their academic responsibilities, define their identity, and develop their interpersonal relationships. Let us make it easier by being more accepting, open, and kind to both ourselves and those around us.