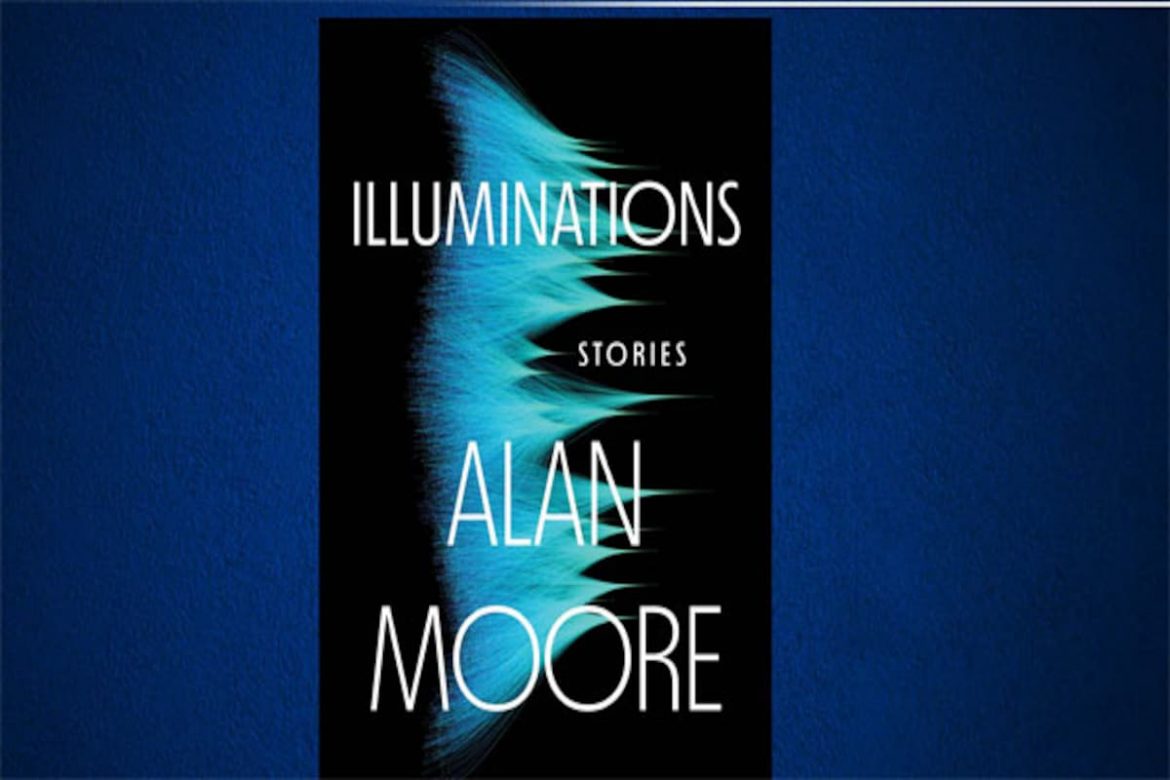 The comic book legend proves just as subversive in prose

On January 6, 2021, as an attempted insurrection in Washington, D.C. played out on live television, my dad remarked that the scene looked like something “straight out of V for Vengeance.” He got the title wrong, of course, but on the surface, the fictional analogy he aimed for appeared in Alan Moore’s graphic novel V for Vendetta. Adapted into a 2005 film, V for Vendetta takes place in a dystopian future where, in a pandemic-ravaged world, disillusionment with an overbearing government ends in a mass societal uprising.

My dad misremembering the title merely revealed that his knowledge of current events outweighs his knowledge of comic books. The exact opposite could be said of the main cast in Moore’s latest work of prose, “What We Can Know About Thunderman,” a myopia that has grave consequences.

On October 11th, the acclaimed Watchman author released his first short story collection, Illuminations, whose longest story is an indictment of the industry Moore spent much of his early creative life helping to establish.

In this new novella, the legendary comic book writer re-examines January 6, 2021, from the horn-rimmed lenses of Worsley Porlock, the fictional editor-in-chief of America’s largest comic book company. Porlock stares at this scene unfolding on his television, as his indirect complicity in the carnage before him gradually sinks in.

Across a range of experimental narrative formats, Moore depicts a fictional history of the comics industry from the 1950s Silver Age to the present with intentional symmetry to the real one – most clearly with the titular hero, a thinly-veiled parody of DC’s Superman.

Moore draws a line of continuity between the worship of colourful and caped heroes by impressionable young readers, to the abandonment of reality for the comfort of costumed gatherings, conspiracy theories, and nostalgic craving for childlike innocence embodied by the big personalities dominating today’s politics and broader cultural landscape.

Whereas Michael Chabon’s 2001 Pulitzer Prize-winning novel, The Amazing Adventures of Kavalier and Clay, idealizes the escapism that comic superheroes provide, Moore’s story paints a far bleaker portrait of the harm the American comics industry has caused in the name of escapist entertainment.

In “Thunderman,” those who built up the superhero comic book industry are similarly seduced by these characters, to the point where fidelity to fictional reality leads to perversion and violent behaviour. One editor-in-chief’s home, after his untimely death, is found to be a den for pornography; another peer, an illustrator, murders his girlfriend after she threatens to make him dispose of his comic collection. While these examples may seem absurd, Moore grounds them in eerie realism, drawing from exaggerated actions of actual individuals in the industry.

“Artists use lies to tell the truth,” says the eponymous freedom fighter in the film version of V for Vendetta. “Yes, I created a lie. But because you believed it, you found something true about yourself.” The truth Moore proposes in “Thunderman” may frighten anyone who grew up believing in the “lie” that fictional heroes alone could save the day – especially now.