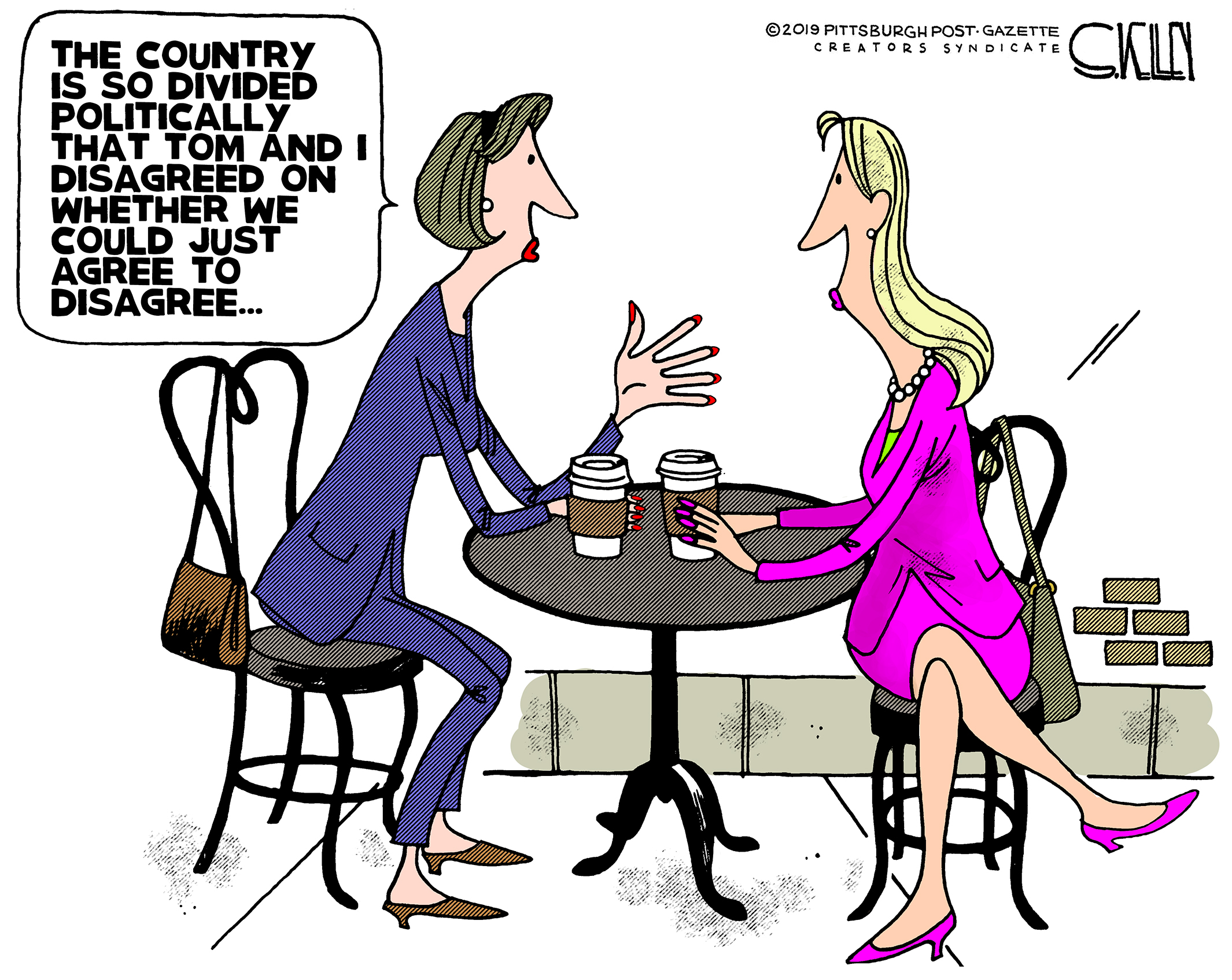 Trump is the culmination of America’s failures

President Donald Trump has brought the strengths and weaknesses of democracy to a light that has not been seen since the times of the Cold War; except this time, America is waging war on its own democracy.

In an article written by Nick Bryant for the BBC, “Trump impeachment trial: Is US politics beyond the point of repair?” he paints an immoral herd mentality upon the Republican party, whether intentionally or otherwise. At the centre of it all — Trump. The catalyst. The curse. The cause.

A prime example of performative politics offered by Bryant includes Nancy Pelosi’s response to Trump’s refusal to shake Pelosi’s hand. Pelosi’s response was to rip up his speech; a move that received praises from the left and made its way across social media to become another easily digestible meme for public enjoyment.

The phrase “fighting fire with fire” is fitting here. America’s broken democracy did not arise from the Trump presidency. It began with the tolerances and intolerances of America. Its love of controversy. Its neglect of people. Its blind eye to a proper democracy, media, and education system. To the role of politicians — one of stardom instead of civil service. What started out as a small fire that could be put out by water has grown into a wildfire that will burn down everything in its wake.

America got the President that it deserves. Trump is not only the culmination of American politics — he is the culmination of the “American dream.” This “American dream” is found in his “million-dollar” loan that he built an empire on, his children, his cafeteria Christianity, his Twitter attacks, his challenge to the establishment, and his supposed commitment to the people. Trump’s image is outrageous, yet scarily relatable.

Plenty of other billionaires have come from positions where, yes, a lot of hard work was needed, but plenty of luck and privilege was in the formula. Trump embodies the lie of the American dream — hard work and dedication, with a lot of luck, the right upbringing, and a whole lot of other factors many of us can’t control by ourselves. But we just gobble it up in a system that could never be the problem, because the system is the dream.

Let us not forget — Trump used to be a Democrat. Frankly, he’s a bandwagoner. Whichever side isn’t working, he just hops on to the next one. He goes wherever he thinks he can pick up the pieces to his own benefit.

Things have worked out for Trump because he has been given the space and the criteria for it to work: no changes to the electoral system after previous popular vote complaints, an unfair Democratic primary being counter-strategic in its candidate selection, lack of voter engagement from the Democratic party, lack of spaces for healthy political discussion, cancel culture, and the silent frustration of white Americans.

Can we be surprised about the wall and the bans? The cheering and push for impeachment? The abuse of power from both sides? The polarization and lack of collaboration? Magazines gobbled up the celebrity of Trump in questioning Obama’s birthplace. Fox News and CNN choose to represent political interests and no longer even trying to hide bias. The media have become so skewed that they are preachers to their own crowd. And those crowds are getting louder and louder. Talking is happening, but there is no listening.

The oversaturation of controversy desensitizes people. But Trump presents himself as righteous and for the people — for America.

Things have continued to work for Trump because no one has effectively proven him wrong. He preaches to his crowd — one that doesn’t appear to be shrinking. Poor Americans want to be rich like Trump.

The fire is raging on. America created the spark.

America’s politics and democracy are degrading because America has degraded.

The world’s superpower cannot destroy itself from one man in four years. It takes much more than that.

America has been missing out on problems that have, comedically, only been brought to life through a former reality television star. But it is not Trump’s fault that they exist.

America has been proudly capitalist. Fast-moving. Keep up or get left behind.

And plenty get left behind.