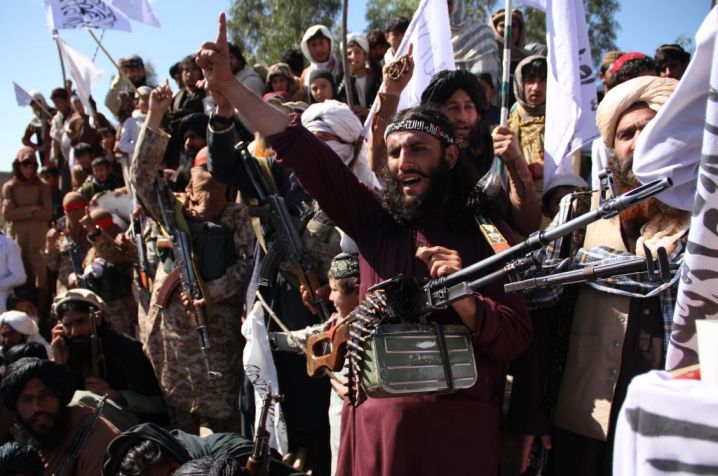 On February 29, the United States and the Taliban signed a peace deal which calls for American withdrawal of troops from Afghanistan within 14 months. The deal also calls for a guarantee that the Taliban will not allow militant groups like al-Qaeda to command parts of and operate within Afghanistan.

The War in Afghanistan has been ongoing since 2001, making it the longest war in U.S. history. What started with a reaction to the 9/11 terrorist attacks resulted in the invasion of the country when the de facto government, the Taliban, refused to hand over Osama bin Laden. Now, the involvement of foreign forces is focused on stabilizing the country for the legitimate government.

The signing of this agreement completely undermines this initiative; it does not establish a proper state for Afghanistan and does nothing to ensure the safety and stability of the country or for the people within it. What is most ironic in America’s invasion and occupation is that while it is swift and skilled at bringing governments out of power, it has been incapable of stabilizing countries and filling the void of power. Instead, the void is left and filled by more extreme and radical groups. As seen in Libya and Egypt after the Arab Spring, the anti-western leaders who managed relatively stable states (despite lacking a democratic system) were replaced by Islamic states which decreased women’s rights alongside a general abuse of power.

The U.S. government should be active and aware of this. If it is unaware, then it is ignorant. If it is aware and remains indifferent, then it is cruel. This agreement actively recognizes a non-state actor as the holder of power, so that they must be accountable in some way.

Afghanistan is not in a position where it can sort out its own problems. After fighting a war for almost two decades, how can one expect it to have the stability and wealth in order to do so? The act of withdrawal to allow Afghanistan to sort things out within its own sovereignty is simply a cover for not wanting to bear the costs of rebuilding a state. Of course, America would much rather have Afghanistan deal with this problem itself.

Not all is fair in love and war. This was determined by the Geneva Convention when war crimes were defined. There are certain things that are so horrible and inhumane, that when such acts are committed, not even war can excuse them. The Taliban have committed and openly claimed responsibility for war crimes. How can a nation of freedom and democracy stand aside and allow a de facto government, when it has so clearly committed such horrible acts against its own people? The rape and murder of civilians. The killing of aid workers. Suicide bombings. The state wields legitimate power and bears the responsibility of the safety and security of its citizens. The Taliban are not fit to be the state in Afghanistan. This much is clear.

How can one even sign an agreement with a de facto state, which defies international law, and expect that it will keep its promises? How can it be ensured that militant groups will not be running things? Or that they won’t run things behind the scenes? Perhaps they’ll be absorbed into the Taliban to become “legitimate” and pass under the radar of the U.S.

Without American forces present, there is also a possibility that surrounding countries or terrorist groups will seek to fill the void that’s left. Dangers exist on the outside. Afghanistan is located in an unstable region, and unstable regions mean that there is a good chance that power-hungry neighbours will try to take a piece of the pie as the country tries to recover and regroup from the war.

Afghanistan will be in great danger without American troops in place. There will be no support to establish a proper government. There will be nothing to protect civilians. Most importantly, there will be no eyes to see what is happening. No protected voices to speak the truths of whatever tragedies may occur there. I have no doubt that the Taliban is capable of and will be silencing the people of Afghanistan. Neither do I doubt that it has no trouble murdering the innocent.

The people of Afghanistan have been the victims of the war from its beginning and will continue to be after its end. Their home was invaded, it is controlled by the Taliban, and the population will face risks from those around them and those in power. America is done. Its military gets to close the books and hop on a plane back home. But for those in Afghanistan, it is home. Leaving is not an option.