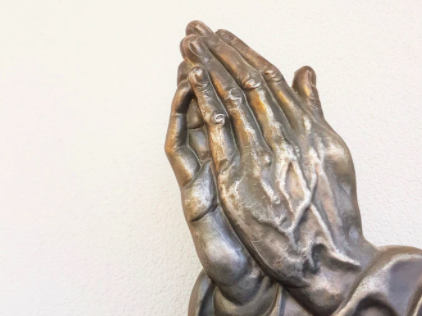 Learnings from time spent in isolation

On March 17th, 2020, owing to a certain global pandemic, the Archbishop of Toronto announced that public Masses would be cancelled. We were partway through Lent, the season of penance and fasting leading up to Easter, and I remember being on campus one day, and in quarantine the next. The timeline was hazy and as each week went by, it became clear that this would be more than a two-week stint. My family settled into a routine of live streaming Sunday Mass from St. Michael’s Cathedral Basilica, where the cameras captured the Cardinal’s hair growing fluffier by the week, and the strength of our Wi-Fi connection determined the poignancy of his homilies.

For early Christians, worship in homes instead of churches was not uncommon, usually due to small numbers or persecution. Even for some Christians today, underground faith communities and limited access to the sacraments is a persistent reality. I am hesitant to compare the home churches of these Christians to my quarantine Sunday mornings, where my living room couch was my pew, and my slippers were my kneeler. At least for me, these past months have been different — but I was physically comfortable, even if not spiritually satisfied.

One of my weekly online commitments over the summer was a small Zoom-style book club. The second novel we worked through together was Silence by Shusaku Endo, which tells the story of a Portuguese Jesuit missionary priest in 17th-century Japan — a time of intense persecution of Japanese Christians. I had seen Martin Scorsese’s film adaptation of the book years prior, and as I read, I couldn’t help but recall some of the film’s more memorable shots.

One of these was of Andrew Garfield, playing Fr. Sebastian Rodrigues, long-haired like the Cardinal, and modestly vested, celebrating the Mass in a rickety wooden shack with a cramped congregation of Christians kneeling behind him. The room was quiet, reverent, and focused. This is what I imagine when I think “home church” — something intensely personal, physically confined, and rich with a sense of the sacred.

In Silence, social isolation drives Fr. Rodrigues to places of spiritual difficulty and distress. Wandering alone through an abandoned village and onward into the wilderness, his internal monologue swells with questions and moments of anxiety. He wonders at God’s silence in the midst of suffering; at the absurdity of his mission if his doubts are true — if God is not there. In contrast, his time of imprisoned isolation after being captured by the Japanese authorities is less wrought with doubt; he is able to visit the Christians occasionally and minister to them. Even the slightest semblance of community strengthens his convictions.

Although my COVID home church was not borne out of persecution, I think I still felt an echo of one truth that can be drawn out of Silence: faith is meant to be shared in community. A live stream on a television screen does not do justice to community; the sense of one’s detachment from the whole can distract from an experience of worship.

As cases of COVID-19 continue to fluctuate and the timeline of the pandemic remains a blurry scribble, some church services have reopened. Looking back on quarantine can begin to feel like a dream; like an experience that never happened, once we have returned to some semblance of normalcy. Perhaps I feel more grateful for my faith community than I did before — but I am also grateful for the isolation that exposed my own need for community.