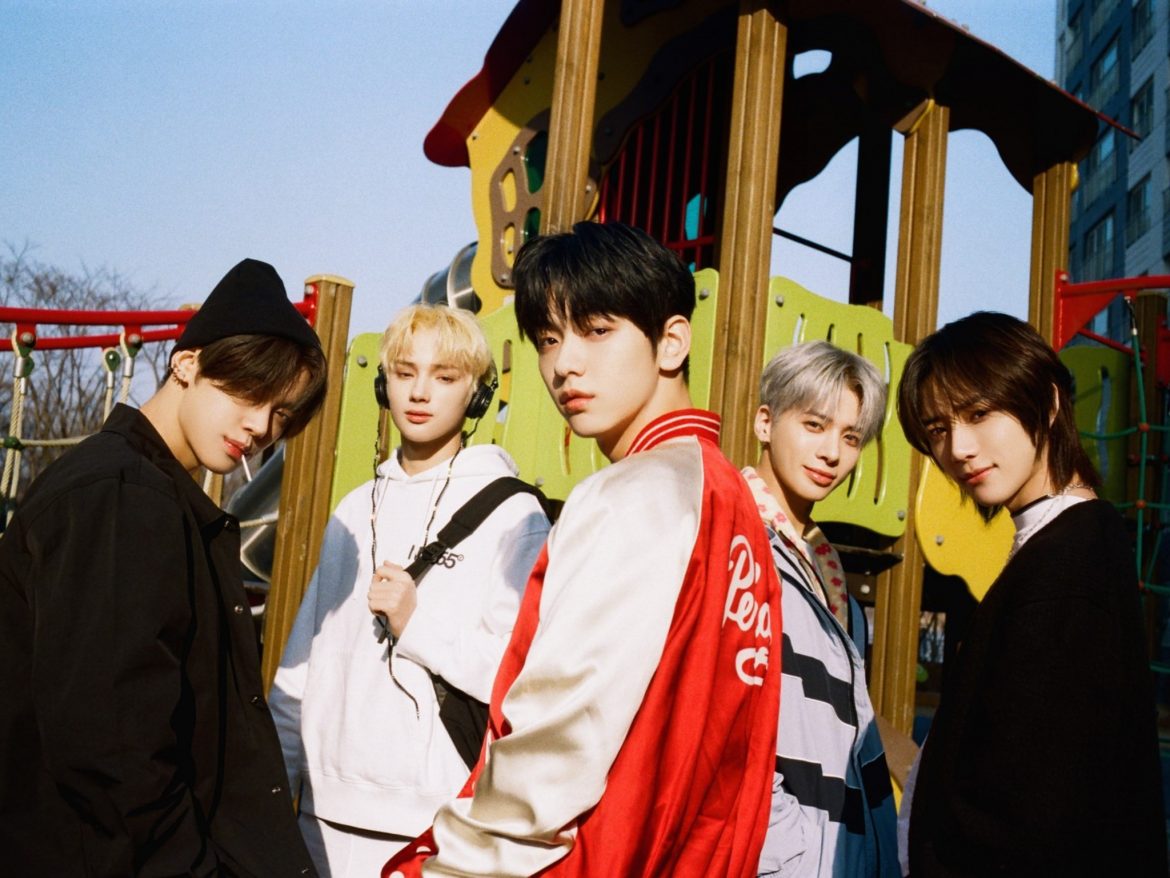 Why my favourite K-Pop group should not be considered underrated

One day in the summer of 2020, when the pandemic was at its peak and everyone was told to stay at home, I spent my free time getting myself into the rabbit hole of K-pop. For a lot of people, K-pop is a music genre that is very difficult to grow out of once immersed in, mostly because of the catchy tunes and intricate dance choreographies. K-pop has definitely taken over my life ever since I first began listening to it; you can tell by looking at how it has been my top genre on Spotify for the past two years!

When we hear the word “K-pop”, we probably associate it with one of the current biggest boy groups in the world, BTS. Within a few years since their debut back in 2013, this septet has taken over the music world and won the hearts of many fans. I myself am a big fan of BTS, but this group was not the one that first pulled me into the K-pop world. My favourite K-pop group, and the one that made me obsessed with the genre, is a lesser-known boy group called Tomorrow X Together, pronounced “tomorrow by together,” or TXT for short.

TXT is a five-member group that debuted in 2019 under the South Korean entertainment company Big Hit Music (This is the same company that BTS comes from). The members, consisting of Soobin, Yeonjun, Beomgyu, Taehyun, and HueningKai, are equally talented in singing, dancing, and rapping, and some of them also have producing credits in their discography. TXT’s popular songs include “Crown,” “Blue Hour,” and “Magic,” the last one being the group’s first all-English song.

Unfortunately, TXT’s talents are often overshadowed by more popular K-pop groups or underappreciated by the music industry, and I believe that they deserve more recognition. Here are several reasons why TXT has the potential to become the future face of K-pop.

It’s one thing to enjoy a song with a good melody, but understanding the meaning behind an artist’s lyrics brings the listening experience to a whole new level. K-pop listeners are often asked by others, “What’s so good about K-pop when you don’t even understand what they’re saying?” Luckily, Korean lyrics are often translated into English by fans who understand the language, with some even providing descriptions of the lyrics’ meaning.

After reading the English translations of TXT’s songs, you’ll realize that the group has an overall theme about the growing pains of adolescence, which many of us in university have experienced. Their debut song “Crown,” from the EP The Dream Chapter: STAR, talks about the story of a boy who woke up to horns having grown on his head. The horns are a metaphor for growing pains, which the boy in the story eventually learns to accept through the act of self-love, and the horns become like a crown. Through the lyrics, TXT shares their message of going through hardships with confidence and assurance that you are not alone on the journey through life.

Other songs by TXT talk about different aspects of growing up. For example, the group sings about relationships with friends in the songs “Drama” and “Can’t You See Me?”, both from the EP The Dream Chapter: ETERNITY. The latter touches on the challenges of friendships, like when a friend betrays us when we need them the most. The song, “We Lost The Summer,” from Minisode1: Blue Hour is about lost opportunities due to the COVID-19 pandemic, which a lot of adolescents have had to face. With each new song that TXT releases, it feels like the fans are growing up alongside the group, who themselves are all young adults.

This unique content, which is something not all K-pop groups have, is probably the most exciting part of TXT’s career. If you’re a fan of the Marvel Cinematic Universe (MCU) and you enjoy reading about MCU theories, you’ll definitely become interested in the events that happen in TXT’s fictional universe.

The TXT universe, officially titled “‘The Star Seekers’ with Tomorrow X Together,” is a media franchise and fantasy story produced by Hybe, the parent company of Big Hit Music. The story is about characters based on the five TXT members and portrays the characters’ friendship and growth as they revisit lost childhood memories and confront dangers and chaos that threaten their world. Small spoiler alert: this story involves magic powers, fortune telling, a cat with two-coloured eyes, and a very buff-looking dragon.

What makes “The Star Seekers” so intriguing is that the story is not told all at once, but rather the content is released little by little in the form of hints. These hints to the story have been slowly released ever since TXT’s debut and can show up in music videos, song lyrics, physical albums, live performances, and more. To know if a content is related to the universe, just check to see whether it is labelled with “The Star Seekers” or its former name, “+U.” Recently, the group has released special content that reveals more of the underlying story. One of them is a short animation video available on their official YouTube channel, and another is an ongoing Webtoon with weekly episodes (Webtoons are digital comics that people can read online via the official website or on the mobile app).

TXT’s fictional universe is what makes being a fan of them fun. With every new content release, fans would put on their detective hats to try and find hints that might give them an idea of where the story plot is heading. Some fans would even start YouTube channels dedicated to discussing their thoughts and theories. I always love joining in the search for clues and would share my own theories with my friends, although I get them wrong most of the time! It’s still fun to hear what everyone’s opinions are, and with more than half the universe not even revealed yet, the hints and theories won’t stop coming anytime soon.

TXT showcase their talent in music and dance through songs and music videos, but fans get to see each of the five members’ true personalities through various online platforms. In this beyond-the-music content, the members demonstrate how their unique and funny personalities are relatable to Gen Z people around the world.

The members of TXT may be K-pop celebrities, but videos taken of them offstage show that they act and play like any one of us. TXT’s official YouTube channel occasionally posts short video clips called “T:TIME,” which offer us behind-the-scenes segments of TXT members in their daily routines. Through these videos, fans have seen hilarious moments such as the five members trying to beat arcade games, learning how to ride skateboards, and being extra competitive with each other when playing video games. Fans love watching TXT behaving like typical Gen Z kids, as a lot of these moments have been added to fan-made compilation videos of the members being their funny selves.

TXT also shows their personality through their social media platforms. On their TikTok account, which is their most followed social media platform, you can find the members taking on viral dance challenges, creating dance routines of their own, or making videos using popular audios. One of their songs, “Anti-Romantic,” has even gone viral on the app after a fan created a dance challenge to it. TXT also has a Twitter account where the members post selfies, talk about what they’re currently doing, and reply to their different celebrity idols. One tweet well known to fans involves TXT member Soobin replying to Bebe Rexha with a spam of crying emojis. TXT often communicates with fans on a platform called Weverse, an app created by Hybe. On Weverse, the members have shared Netflix recommendations, talked about Pokémon, and at one point had a long debate about whether humans have one or two butt cheeks. I would say these topics are very Gen Z-like.

Out of all the available TXT content, I was able to learn about the members’ personalities the most by watching their own variety show called TO DO X TXT. On this show, the TXT members would be given tasks “to do”, which they complete via a series of games. Some games that they played include the traditional Korean game ddakji (a paper flipping game), escape room challenge, and hide-and-seek in an indoor amusement park. These games may sound nothing out of the ordinary, but the show becomes 10 times more enjoyable when you watch how competitive the members become. They would do anything to ensure that the others don’t win, even if it means they must cheat their way through! What makes the situation even funnier is that the members are competing for simple prizes like a coupon, though sometimes the winner can get something big like a new phone. Regardless of what they’re playing for, TXT would always make fans laugh as they show their competitiveness on the show.

TXT may be Gen Z representatives with a funny side to their offstage selves, but what really fueled their journey has been their willingness to work hard and show the world what they are capable of. What I admire the most about TXT is how the members are capable of handling challenges brought on by others and their career as K-pop idols.

Being a K-pop idol is easier said than done; many have to go through years of training before being placed into a K-pop group. This was exactly what each member of TXT had to go through before they debuted, with their oldest member, Yeonjun, having to go through the longest time in training out of the five members. Even after becoming a group, TXT has had to face the pressure of meeting expectations, especially as they debuted after the biggest K-pop group, BTS, under the same label. However, TXT’s love for what they do and their ability to be unique helped them continue past the tough moments to where they are now. The group has even written and produced their song “Maze in the Mirror,” which is a reflection of the hard work they had to do before debuting.

TXT’s training and early days are not always talked about, but true fans will know that the achievements they’ve had so far did not come overnight. There is no elevator to take TXT to the top of success, but the group is proudly taking things one step at a time, and they’re slowly but surely climbing up the stairs to stardom.

I can continue praising TXT forever, but this article has enough information for you to start your journey with the amazing group. TXT has songs in many different genres, so you’re guaranteed to find at least one that suits you. Maybe you’ll make it on time to witness TXT at the Grammys in the future, and you bet I’ll be the loudest one cheering.