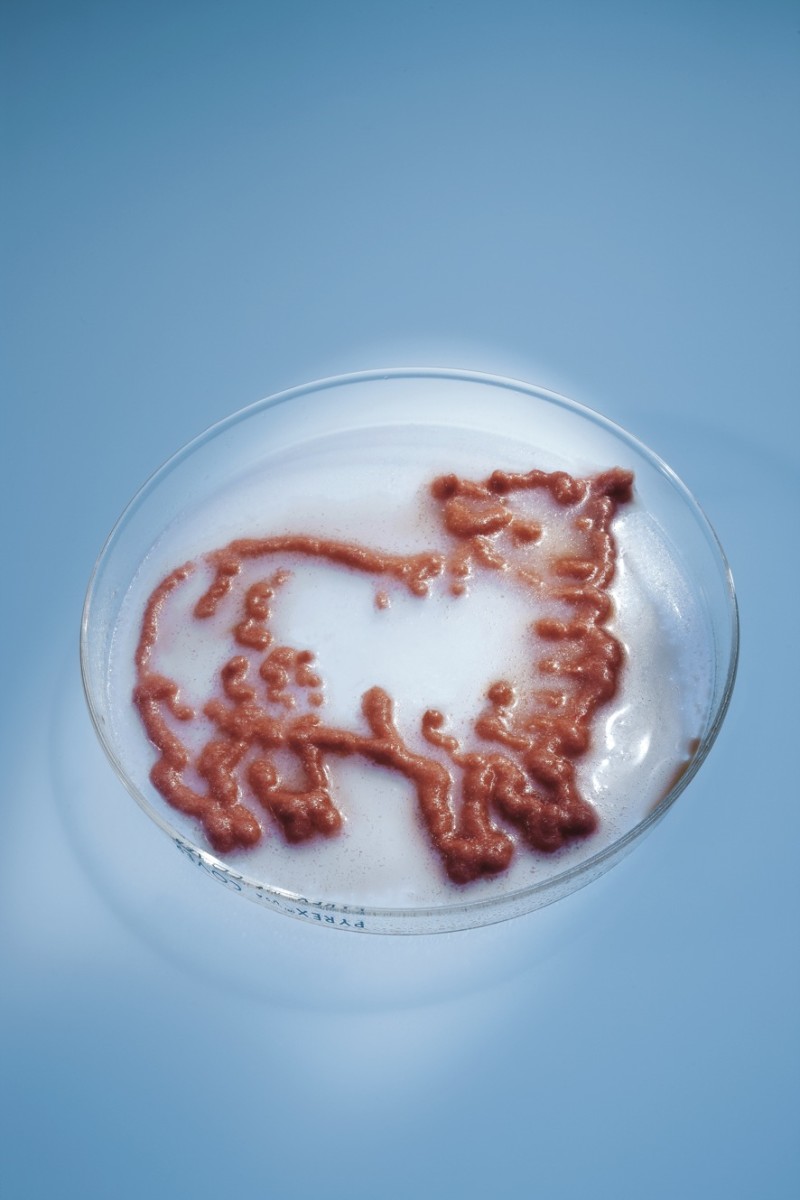 A case for synthetic, lab-grown meat

I believe that we can save the world with steak. Specifically, meat grown in soybean mix and stem cells of shredded goldfish. That’s right. I’m talking about lab-grown, synthetic, yet edible, meat.

A couple of years ago, the world was introduced to the idea of cruelty-free meat when a group of scientists led by Mark Post brought the first in-vitro beef burger to a conference to be tasted by food critics. Since then, we haven’t heard much about it. The burger was said to be tough and a bit flavourless, and the cost, around that time, was a tad too much for the average Joe ($330,000). However, I have reason to believe that this outrageously expensive slab of meat may be a lot more radical than many would give it credit for.

Synthetic meat is by no means a new concept. People had started growing muscle fibres since 1971 (performed by Russell Ross), and edible, “cultured meat” came to be in 2002, courtesy of some goldfish cells and a research group called NSR/Touro Applied BioScience Research Consortium.

In 2013, Mark Post, a professor and physiologist at the University of Maastricht, produced the first lab-grown beef burger. It was grown in muscle tissue by muscle tissue from stem cells retrieved from biopsies of live animals. Since then, several scientists have joined the race, including Modern Meadow, which handed out cultivated “steak chips” in a Texan hotel ballroom back in 2014.

The focus isn’t necessarily beef, either. That is, it doesn’t always have to be a cow — so far scientists have been cloning chicken and fish, and some claim that it may be used to create meat for most animals: the same techniques for tissue engineering that are used in human regenerative medicine.

Some are already looking further into the future, in which some believe people will be able to 3D print their meat from the comfort of their own homes. It’s a nice prospect, sure, but for a different reason, I think this is a substantial innovation that should have a lot more attention than it has had, for all the consequential benefits it may have to offer.

Though one of the more obvious benefits of lab-grown meat is the potentially positive environmental impact, its exact enormity, I would argue, is actually underplayed by the public. According to Andras Forgas, co-founder, and CEO of Modern Meadow, the production of lab meat would not only produce 96% less greenhouse gas but require 82 to 96% less water than animal husbandry. In both cases, it would have a substantially less significant impact on the environment.

The amount of water, specifically, that is used for the livestock and wasted through manure and chemical contamination for animal agriculture, has been a great concern for climate-change experts, such as the global experts who discussed in Morroco the emerging global water crises — in areas such as Brazil, South Africa, and Peurto Rico — during the World Water Week.

Major concerns also arise in terms of energy and resources, ones that may not be fully solved through the advancement of synthetic meat, but will experience a positive improvement through the wide-spread consumption of lab-grown meat, an alternative that requires 45% less energy usage and seven times less grain, which could be saved for human consumption.

Conversely, the amount of arable land used for animal farming could, by Andras Forgas’ estimation, decrease by 99%, especially because of the new possibilities this innovation opens up in terms of vertical farming. An increased production of meat within a smaller area of land may open the door for reforestation.

Perhaps, alongside the benefits of growing meat in a lab rather than raising a live animal, it would actually create a new window that could be used to combat the conditions surrounding world hunger.

One of the concerns facing society today is the spread of bacteria resistant to antibiotics, which scientists insist will eventually result in either the reintroduction of diseases that we once believed we were close to eradicating, or ones that we thought with certainty we would never see again. The cause of this spread is the overreliance or over-usage of antibiotics in the present world, much of which results from the livestock, fed to animals by various farms for them to survive the poor conditions in which they are kept.

Mark Post argues that lab-grown meat could potentially waive antibiotics once it finds an alternative to the use of an animal’s stem cells, which could slow the advancement of antibiotic-resistant bacteria.

With animal agriculture taking up so much of our carbon footprint in terms of water, energy, and greenhouse gas emissions, it makes sense for many individuals today to become vegetarian or vegan. For instance, corn requires around 2 kilocalories of fossil fuel energy for 1 kilocalorie of fuel, while meat protein from live animals requires 25 kilocalories. Animal cruelty’s being exempt from the process of growing this meat might also draw in individuals who are vegetarian for this same reason. The Vegetarian Society for one, is open to the idea of synthetic meat: one individual named Marta Nelson claimed that she would “pay extra money for meat I could eat without feeling guilty about it.”

After all, synthetic meat is still meat — only, without the torturing or butchering of animals generally associated. Of course, the reasons for vegetarianism are vast, and many may decide to stick to their vegetarian diets, whether due to taste preferences, costs, or health.

Last year, the IARC classified processed meat and red meat as “carcinogenic” and “possibly carcinogenic,” respectively, and, although the IARC classifies all but one substance found in yoga pants as carcinogenic, the media hype that ensued stirred up more questions about the prospects of meat in terms of health, meat, and dairy products being pinned with weight gain and coronary diseases. Although growing meat in laboratories may reduce the number of people affected by things like salmonella, it’s unclear whether these types of long-term diseases associated with meats will be an issue with lab-grown meats.

Cultivated meat has even gotten a pass from Joshua Strulowitz, a rabbi from West Side Institutional Synagogue, New York as kosher, if the tissue was from a ritually slaughtered kosher animal. A similar reception of this meat seen in some Muslim scholars who would deem the meat acceptable if it were from an appropriate medium.

It’s also interesting to note that one of the most inhibiting factors to the advancement of synthetic meat as a widespread replacement of meat may be something as simple as our culture.  Ironically, the pursuit of health in both Canada and the states, resulting in the draw towards “organic foods,” might repel some individuals from this “artificial” meat.It has already received some skeptical critiques, with some calling it “frankenmeat,” and others proposing the idea that the term “shmeat,” sometimes used for synthetic meat, is short for “shit meat.” Does “test-tube” meat sound good to you?

In any case, individuals working towards the availability and improvement (taste-wise) of synthetic meat have claimed that meat grown in laboratories are not in any way “artificial meat,” but are nonetheless aware of the setbacks they may face when introducing their meat to the world. In fact, according to Beyond Meat, these scientists usually also have philosophers on the team.

There are increasing levels of consumption of meat in the developing world, as well as the uncanny carnivorousness of developed countries, America alone is said to be eating “a million chicken an hour.”

Meat is a central part of diets today, and this make sense — meat carries essential nutrients and is a good source of energy. Given this, maybe we should consider looking deeper into the realm of synthetic meats.

Even though Post and his team claim that it is 4-5 years years before synthetic meat might be on the market, maybe we ought to start truly weighing the possibility. Perhaps, in the process of giving it a chance, we’ll discover that synthetic, lab-grown steak can save us all.