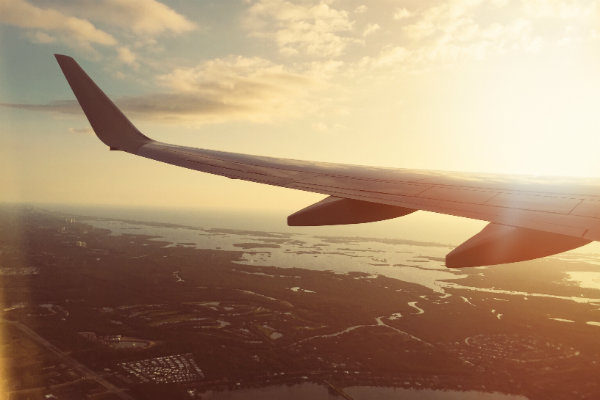 Why I love travelling, and you should try it

You’re sitting on that uncomfortable bench, staring at the gate numbers, waiting impatiently for your plane to start boarding. Next thing you know, you’re in your seat, staring out the window at a clear sky, miles from land, and your world just falls into place. For many people around me, travelling is seen as the epitome of freedom, as important to our souls as air is to our bodies. From the feeling of getting on a plane, to running to catch the next train, to fuelling your car for that long road trip you’re about to embark on. They all involve a singular rush inexplicable to a soul who settles.

I recently attempted to explain to someone why travelling is important to me. I quickly became frustrated as I realized that for them, the entire concept was so alien that they could barely fathom why anyone would do it. As someone who has had the good fortune to travel from a young age, travelling has always constituted an important part of my life. It was not only valued by everyone in my immediate circle, but it was also extremely encouraged. I, therefore, was wholly unable to explain why travelling was so important to me. It just seemed obvious. Why do I have to explain this to you? Can’t you see it? It’s as bright as this abnormally warm October day!

I soon realized, however, that my frustration with the topic wasn’t as much this person’s inability to see my perspective, but my failure at explaining it. We are all entitled to our opinions, and to this person, travelling was just not something they needed. They saw it more as a very occasional thing one will do for a week or two, mostly within the borders of their country. But it was otherwise a waste of time and money. After trying and failing to completely grasp their point of view, I decided to try and paint a better picture of mine instead. Maybe, if I understand why I love it, I will be able to understand why someone who doesn’t value the same things I do, wouldn’t.

We were born into an infinitely complex storyline full of horrible histories and tragic events. Yet, there is something inherently magical to me about the world we live in. Borders formulate nothing but different windows of opportunities around the planet. Between nature and its inexplicable wonders, humans and their uncountable differences, each square foot of our planet presents a new adventure.

Nothing beats sitting on a rooftop in Athens, staring at the beautifully lit Acropolis with people from literally all walks of life; going diving in the depth of the Red Sea and swimming along with the inhabitants of those waters; climbing a random mountain in Colombia with the hikers you just met on the trail; getting lost in the small streets of the tiniest towns of Europe; or dining with the kindest host families in southeast Asia.

Travelling erases our borders; it builds human relationships based on love and acceptance. It plants compassion and deepens our respect for Mother Earth. It allows us to, at once, accept ourselves and grow beyond what we ever were. In every trip I have taken, whether it was for days, weeks, or even months, I grew as a person. My perspective of the world changes and evolves with every experience. I was taught to value differences and cherish them. I was forced out of my comfort zone and was given a chance to learn about things that were beyond my craziest imagination. There is something unbelievably surreal about the moment when the people who were complete strangers to you a day ago become like family bonded with each other by the shared experiences of travelling.

Most people settle; they stick to what they’re comfortable with, they are content with the familiarity of everything around them and cannot imagine the world outside. Others however, are pulled by the pursuit of the new, of the different, of the unfamiliar; it pulls them so much that they become more comfortable with discomfort.

Travelling is important, not because of the fancy commercial aspects of it, but for the simplest most genuine moments where you laugh your heart out at a joke that was said in a different language, and yet you somehow still got it. I may have only been to a few countries, but the relationships and memories I have built in them are my most valued possessions, as they have made me who I am today.

I thus urge every person reading this article to venture out of their comfort zone. You do not have to go book a flight to Argentina right now, but you can go stroll down Little Italy or Greektown, Little India or Little Portugal, meet some strangers, and make them friends.