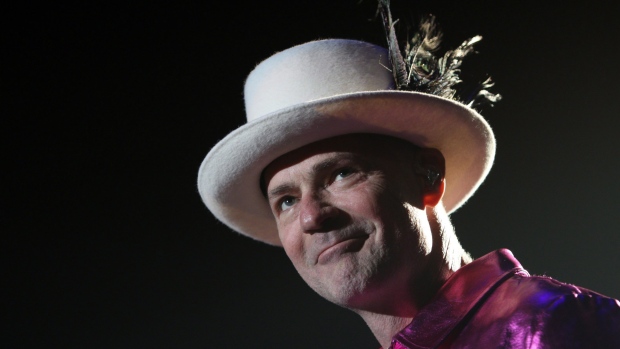 And the stories we (ought to) tell

Saturday, August 20, 2016, history was made: The Tragically Hip performed the final show of their Man Machine Poem Tour. While massive in scale, the national event was also tender and intimate, not to mention, bittersweet in hindsight: it ended up being the bands’ last with Gord Downie at its helm. Downie died on the night of Tuesday October 17, 2017 following a battle with terminal brain cancer.

To the uninitiated, The Tragically Hip are merely the band that play the song “Bobcaygeon” — you know, the one no cottage weekend can seem to pass by without. To the rest of us, they’re so much more.

Whether you watched it alone, with friends, or perhaps most fittingly, at a cottage somewhere, you couldn’t help but feel a part of the process.

As Gord said prior to the first encore (there were three) the band wanted to do “something where everybody’s invited, everybody’s involved.” That’s exactly what they did.

Watching Downie power through an impressive 30-song setlist, I couldn’t help but think back to the first time I heard The Tragically Hip. I must’ve been about 13 when I discovered “Blow at High Dough,” a hard rock song with an implicit moral — don’t get ahead of yourself. It came on the radio and it sounded… Cool.

When I later learned that The Tragically Hip was Canadian, I was even more surprised. Unable then to fully grasp the band’s larger cultural significance, I was nevertheless seduced by Downie’s eccentric singing style and Rob Baker’s driving, near-hypnotic guitar.

Fast forward a few years to the first time I truly heard them: “Three Pistols,” and I was hooked. Familiar with plenty of Canadian bands that either compromised or ignored their heritage only to end up as cheap imitations of the latest American groups, it’s hard to stress how refreshing it was to hear a rock band be so un- abashedly Canadian.

Nowhere is Downie’s immense talent and imaginative ability showcased better than in “38 Years Old”. The premise: “Twelve men broke loose in seventy-three, / From Millhaven maximum security,” is taken from a headline. The rest of the story didn’t actually happen; though to many, it might as well have.

In a few lines of verse, Downie weaves such a vivid and compelling portrait that the song eventually became to some fans, so real that the band had to stop performing it due to the unwarranted attention it brought upon the Downie family. More than anything, it serves as a testament to Downie’s poetic prowess.

“Wheat Kings” on the other hand, represents perhaps one of the more important aspects of the band’s legacy. Not only did it give voice to the voiceless by relating the story of the wrongly convicted David Milgaard; it channeled the concern of a country’s unrest.

As beautiful as the song makes it seem, Milgaard’s story is not a pretty one by any stretch. Sadly, it’s familiar: “Twenty years for nothing, well that’s nothing new.”

While others like, Guy Paul Morin, Donald Marshall and Stephen Truscott have shared similar experiences, arguably none lost as much as Milgaard. He was convicted in 1969 of the rape and murder of Gail Miller 1969. He was 17. He remained in prison to the age of 40, and wasn’t officially exonerated by DNA-evidence until 1997.

Presented with 20 opportunities for parole, he neglected to make a single request for an early release — as in order to do so he’d have to confess his guilt. Clearly, Milgaard’s stubborn unwillingness to compromise and unwavering faith in the face of grave injustice struck a chord with Gord. In a sense, Downie now shares his plight.

Gord’s real goodbye seemed to come after the second encore, which saw him fight back tears during “Grace, Too”. “Thanks for listening. Have a nice life,” he said, humbly bidding adieu to the 6,000 adoring fans lucky enough to be present, and the nearly 1 in 3 Canadians watching and listening at home. Reportedly, 11.7 million were reached by the late breaking broadcast on the CBC.

Over the years I’ve heard fans young and old, recent and seasoned claim The Hip as their own. They’re all right, and they’re all wrong.

“Come in, come in”, he invites in “The Darkest One.” “From thin and wicked prairie winds come in. / It’s warm and it’s safe here and almost heartening / Here in a time and place not lost on our imagination.” Accept his invitation and I promise, you won’t regret it.

If the weird, impossible to pin down pied piper-looking man with the strange dance moves has taught me anything, it’s to always, always, be proud to be Canadian, but never without being mindful of its grossly checkered past.

Thank you Gord, for immortalizing our country, our heritage, our stories — even the atrocious ones — in song.

No need to wait and see what tomorrow brings because I assure you, The Hip, their songs, and Canada will live on, as entwined as ever.