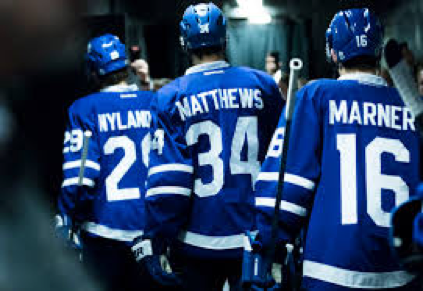 Rookie talent has Toronto fans thinking Cup, but plenty of NHL teams have the same view

As a Montreal Canadiens fan, it pains me to see the hot start that the Toronto Maple Leafs have experienced this season. Toronto has been stockpiling young players like Auston Matthews, Mitch Marner, and William Nylander. Toronto has become a youthful team with a bright future, provided they can manage the salary cap.

Some of these young players will be due significant raises in the coming years, and it’s hard to tell if the Leafs will be able to hold on to all of them. One can only expect some hefty contracts when players like Jack Eichel, Nickolaj Ehlers, and Connor McDavid all recently negotiated big-ticket deals.

Cap management will play a role in which players the Leafs will be able to keep. Hopefully, the Leafs are willing to pay hand over fist for these players because their impact on the organization has been very positive. These claims can so clearly be backed up with performances like the Leafs’ 4–3 overtime victory over the Chicago Blackhawks on October 9. The Leafs came back from a 3–1 deficit, scoring 2 goals to tie the score in the last few minutes of the 3rd period. In overtime, Matthews netted a beauty top- shelf goal from the top of the faceoff circle. Continuing performances such as these will surely secure a big contract for Matthews.

All over sports centers and news outlets, reporters are forecasting a fruitful season for the Leafs. The Leafs’ first game against the Winnipeg Jets set the tone with a 7-goal outburst that will probably have Leafs fans squealing and excited to shell out hundreds to watch their team at the Air Canada Centre.

The Leafs have a more well-rounded defence core this year with players like Ron Hainsey and the big Swedish defenceman Andreas Borgman, who has cracked this year’s starting line-up. The Leafs have proved they can play some entertaining hockey this season, and matchups between teams like Chicago and Washington will be worth the watch.

Other teams to look out for this season would be the Edmonton Oilers and the Washington Capitals, who have something to prove after last season. Alexander Ovechkin recently had 2 back-to-back hat tricks against Ottawa and Montreal. Something like this hasn’t happened since the 1917–18 season, when the most goals in 3 games was set by Reg Noble of the Toronto Arenas and Joe Malone of the Montreal Canadiens at 9 goals apiece. However, Ovechkin’s success is far more impressive as we all know back then goalies were the quality of Swiss cheese and only knew the word “butter-y” as a term for an insect. Goaltending quality is far superior now, but even that can’t stop skilled players like Ovechkin.

Edmonton on the other hand, has had great performances so far from its captain, McDavid, who scored 3 goals in their 3–0 opening win over the Calgary Flames. His performance so far shows the fans exactly why he deserved his Art Ross Trophy, which is given to the player who leads the league in points at the end of regular-season play. It would be exciting for McDavid and the Oilers organization to win the trophy again this season and with his calibre of play, McDavid will likely receive it again.