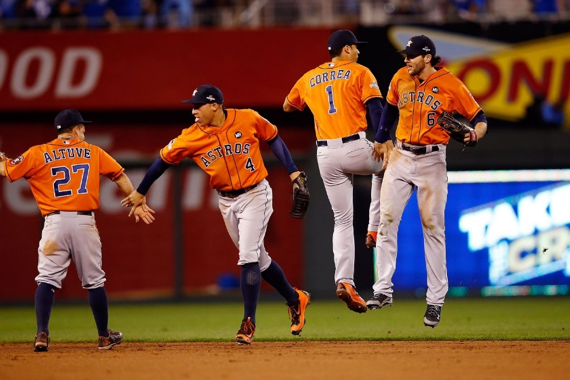 Analysis says the Astros win big, but baseball’s no stranger to shocking results

The Astros oversaw a 3–1 series victory over the Boston Red Sox in a series that many had as already deciding the eventual champions. Facing off against the Astros will be the rebuilding powerhouse New York Yankees, who are coming off an impressive 3–2 series win against last year’s runner-ups, the Cleveland Indians.

As far as upsets go, this was likely going to be the most shocking of the postseason, and as impressive as this series win was, the Yankees are still far behind the pace of the Astros. The Yankees do have the better of the two teams in terms of earned run averages (ERA) this season with an ERA of 3.72 while the Astros are pitching 4.12. While the Astros did pick up starting pitcher Justin Verlander, it is clear that the Astros have more of an advantage in hitting.

As a team, the Astros had the best batting average at .282, while the Yankees find themselves at seventh with only a .262. The Astros also manage to lead the Yankees in total runs scored; 896 to the second place Yankees run total of 858. The Yankees’ bullpen statistically has been far superior.

Looking over to the NL, we find the Dodgers pitted against the reigning World Series champions, the Chicago Cubs. The heavy favourite of this matchup is the Dodgers, and rightfully so, to a team that boasts perhaps the best pitcher in baseball, Clayton Kershaw, as well as a dominant starting rotation.

In this case, this matchup is very similar to the American League Championship Series (ALCS). The Dodgers boast both the second-best team ERA and the fifth best bullpen ERA in the league, the Cubs sit seventh in team ERA, but have the second-best bullpen. What this means is that the Dodgers must attack the Cubs’ starting rotation very hard and very early. The problem the Dodgers will be facing is that they sit 22nd in the league in terms of batting average at just .249. The Chicago Cubs aren’t much better at 16th with a .255 average. The Cubs won’t be scoring any easy runs in this series; the question is whether the Dodgers’ bats can heat up and score runs o of the struggling Cubs’ starting rotation.

Personally, if it comes down to a pitching duel, my logic points to the Dodgers moving on to the World Series. The sole hope for Cubs fans is if Kyle Hendricks and Jon Lester can turn around their postseason form because, despite the Dodgers’ poor regular season batting, they are third in terms of batting averages in the postseason with a .298. As far as World Series predictions go, I would be surprised if it wasn’t the Astros against the Dodgers, with the Astros taking it in the end.