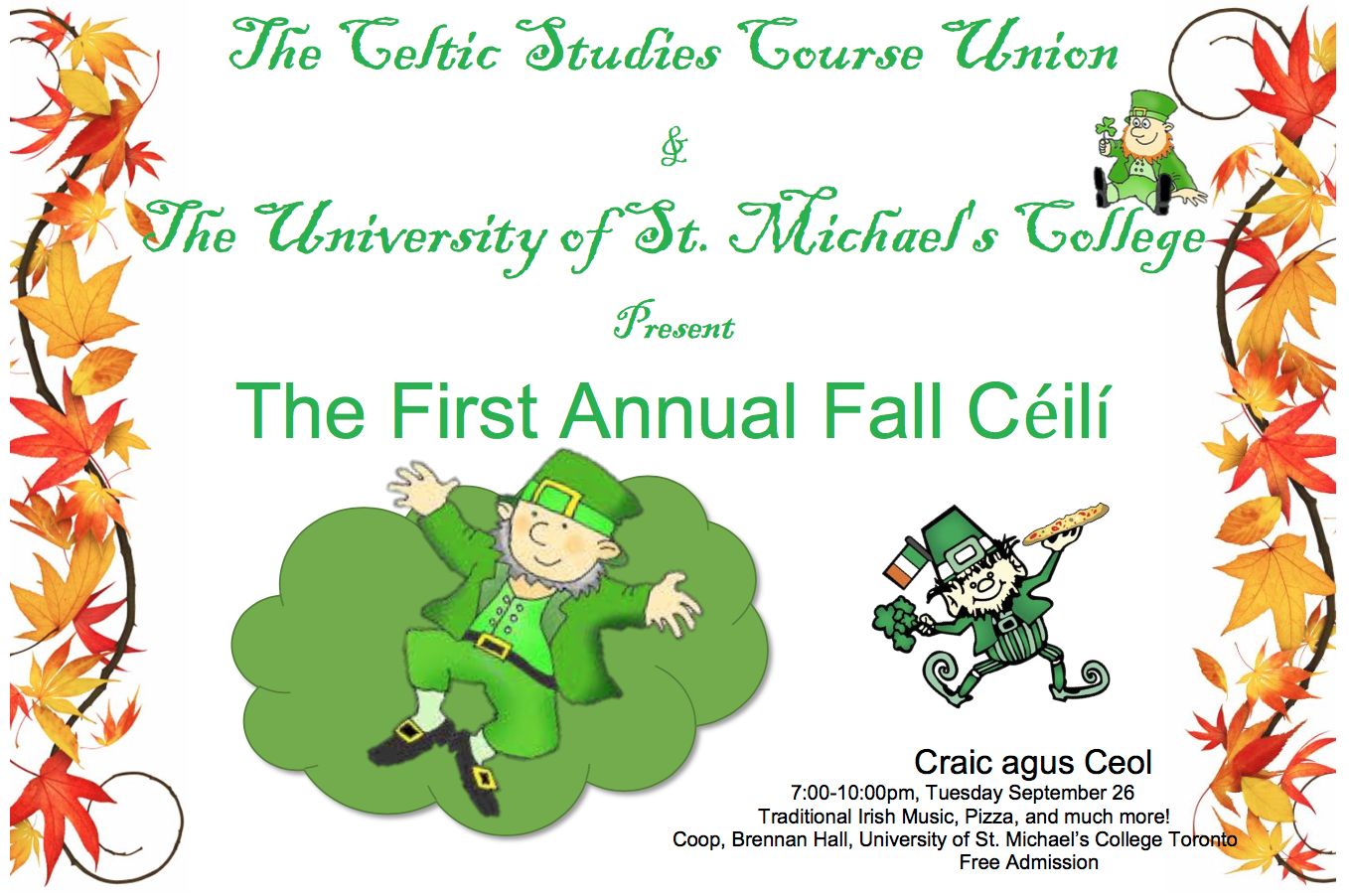 Hosts and attendees alike hail the premier event a success

On Tuesday evening last week, anyone that walked into the Coop was transported to a little corner of Ireland, if only for a few hours. With a live fiddler, flutist, and caller, St. Mike’s First Annual Fall Ceili felt like an authentic one. The ceili (pronounced kay-lee) is a traditional dance gathering, popular across Ireland and Scotland. Participants don’t need to know anything about Irish dance when they walk in; like a square dance, the ceili is “called” by an expert who teaches a variety of group dances. After a few practice rounds, the music kicks in and the fun begins.

Despite the heat — Tuesday, September 26 saw a high of 28°C — students stuck around for a series of fast-paced dances. The Coop was still crowded when the event finished at 10 p.m. The caller, Colleen Mulvey-O’Leary, was pleased with the turnout. “I was surprised at the amount of people who were at the event; both Irish and non-Irish, students, and friends. And everyone had such a good time!”

Colleen, a native of Drumshanbo, Ireland, works for the Toronto branch of Comhaltas Ceoltoiri Eireann. The organization promotes Irish music and dance around the world, and frequently runs traditional music events around the city. Encouraged by the Fall Ceili, she added that, “the Irish culture is safe.”

The Coop was decorated beautifully for the fall season, with colourful leaves hanging from the ceiling and fairy lights all around. In keeping with the autumnal atmosphere, a large pumpkin-shaped beverage dispenser made the centrepiece of the refreshments table. There was plenty of pizza, fruit, and vegetables, and, to use an Irish word, water “galore” for the dancers. Funded through both the University of St. Michael’s College (USMC) and the Arts & Science Student Union (ASSU), the event was free of charge.

But although it went without a hitch, organizing the First Annual Fall Ceili wasn’t as easy as it looked. According to Rachel McLean, secretary of the Celtic Studies Course Union (CSCU), “We had less than two weeks to plan, advertise, acquire decorations, and contact the musicians. And we are all students, so we’re also trying to balance schoolwork.” Members of the CSCU made a strong e ort at spreading the word, handing out posters in front of Robarts and plastering them across campus.

Luckily, it seems that all the hard work paid off . One enthusiastic attendee remarked that she would love to see another ceili offered soon. Another fourth-year student Conchobar O’Finioan, remarked that the ceili was “literally the best experience I have ever had.” And while that may be hyperbole, it goes to show how well USMC’s take on an Irish classic was received.

In addition to a fall pub night, the CSCU plans to hold another ceili around the Christmas season. You can stay up to date on the latest Celtic-themed cultural events by following Celtic Studies at the University of Toronto on Facebook!