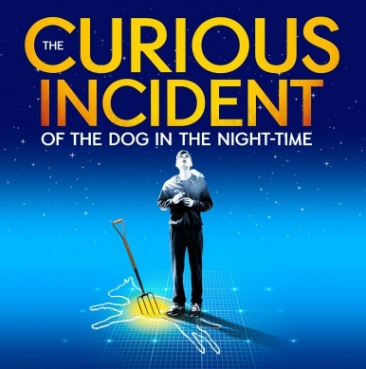 A couple of times a year, my dad, who lives in Vancouver, visits Toronto. This visit was special because we decided to go see The Curious Incident of the Dog in the Nighttime at the Princess of Wales Theatre. This play centers around Christopher Boone, an adolescent with autism spectrum disorder. Throughout the entire play, the audience follows Christopher as he is trying to solve the murder of the neighborhood dog. When he discovers who the murderer is, he flees to his mother’s house in London before ultimately returning to live with his father. As someone who identifies with this special community due to my learning disabilities, I love seeing portrayals of individuals with disabilities in the media since they are a population that is often neglected in public entertainment. Before attending the play, I had not read Mark Haddon’s novel. Without any previous knowledge of the plot, I was expecting an optimistic portrayal of individuals with autism spectrum disorder. I was desperately hoping for an upbeat story, with an overarching message of no matter how many obstacles an individual may encounter, there is always hope. I wanted the play to celebrate the wealth of contributions that people with autism can make to society. Unfortunately, I was disappointed.

When the play began, I thought to myself, “oh no, here we go again. This play is going to try to get laughs from the audience by featuring Christopher Boone’s inability to comprehend figurative language,” which is similar to how the writers of The Big Bang Theory make anecdotes out of Sheldon Cooper’s experience of life. I could not bring myself to laugh. I thought to myself, these are serious issues; it must be very demanding for someone with Autism to have a hard time with social communication. I wanted the play to focus on Christopher’s strengths rather than his weaknesses.

As the play went on, I told myself, “let it go Fernanda, let’s try and enjoy the play for what it has to offer” instead of bringing my own expectations to the scene. So, I started to pay attention to the theatrical elements of the play. A huge positive aspect of the play was the set design. I enjoyed the permanent cube inside of which the characters delivered their dialogues.  This addition to the set was emblematic of the barriers that individuals with autism can face in their daily lives. Also, the sound design was impeccable. The manner in which the volume would increase to an uncomfortable level for the audience brilliantly conveyed sensory processing difficulties that are common in individuals with autism. Also, once I shifted my focus away from Christopher, I was able to appreciate the brilliant way in which the play explored the effects of raising a child with autism on marital and parent-child relationships.

Overall, my biggest critique of the play was that after Christopher finds his way, independently to London, the play is guilty of holding low expectations of people with disabilities, evident by the manner in which Christopher’s victory is presented as utterly miraculous. As Stella Young argues in her TED talk, we should strive to live in a world that believes people with disabilities can accomplish great things in life. When you get to the last scene of the play consider this: is Christopher’s improvement in self-esteem all that is needed for a better life? Or does his therapist’s reaction tell us something about his future? Somehow the ending does not feel optimistic since there is a contrast between what Christopher thinks he can accomplish and the reality that he faces as someone with a disability. It is definitely not a play that makes you feel content at the end. As my dad always says, “there is nothing like a good comedy!”