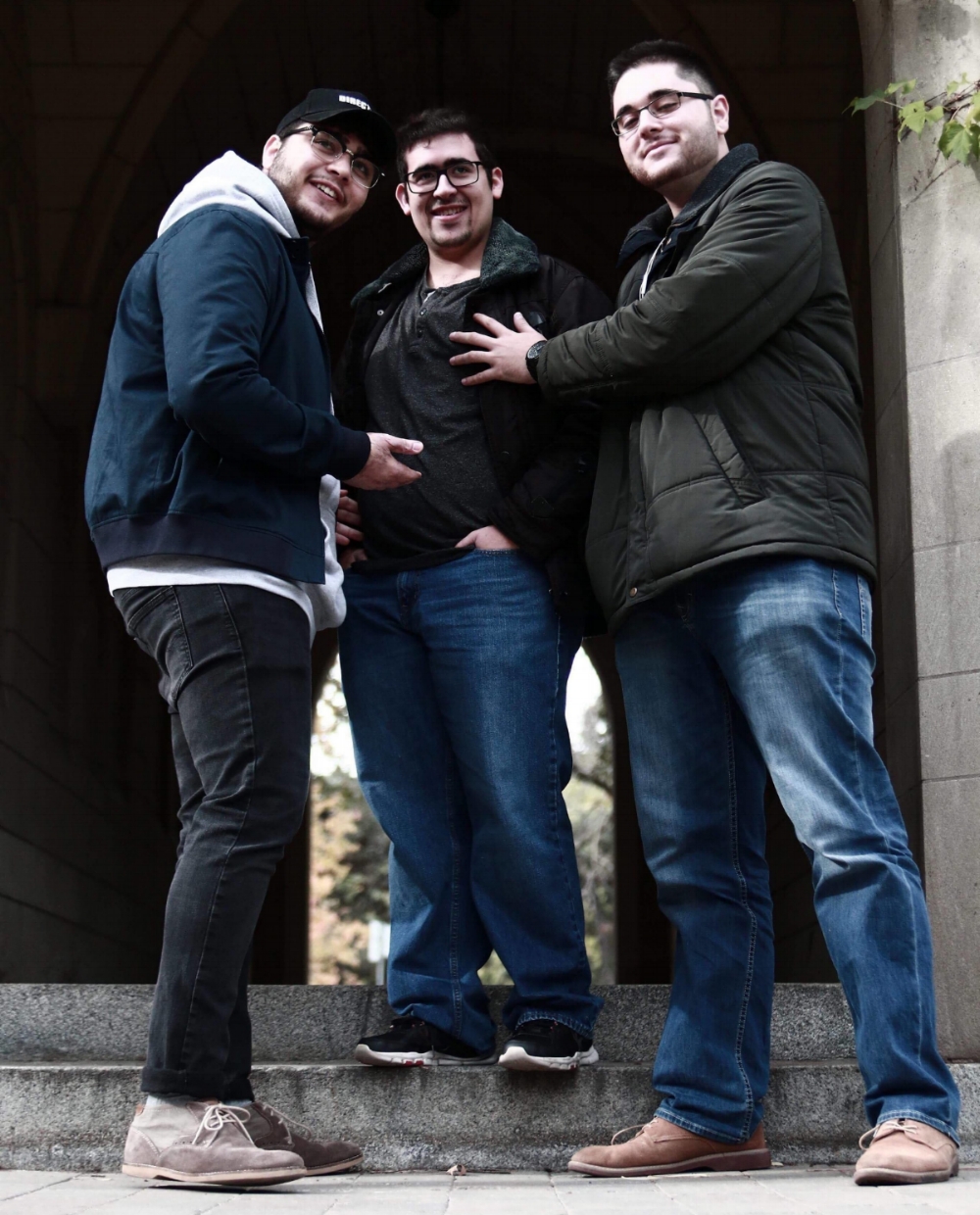 From talkiesnetwork.com’s “About” section: “The mission statement of this site is to badger you all with our thoughts on various aspects of pop-culture. Hopefully those of you reading this ‘about us’ section want to know these thoughts, but if not, I would invite you to partake, as they’re pretty cool. Anyway, this site is run by three amazing individuals (no biases here) who love every aspect of pop-culture, even the bad ones. This site will act as a gateway for all of you to relieve the stress you feel in you daily lives, or possibly worsen it if our opinions piss you off. If that is the case, just remember that you can close the tab. Anyway, we hope you enjoy the site, because you chose to be here just like we did.”

What do you get when you put together a pop-culture motley crew featuring a Rotman Commerce student, an English student, and a Philosophy student? A bunch of senile, hysterical, and honest media critics who tell all things pop-culture how they are.

Nick Poulimenakos, Matthew (JJ) Simoes, and Artur Galvao are all third-year students at the University of St. Michael’s College (USMC) with all six senses geared toward all things movies, comics, television, and video games. What started as just an amalgamation of opinions and banter amongst so-called “mainstays” of Brennan Hall quickly became a means to showcase their well-constructed articles stemming from their diverse viewpoints.

Q: How did you come up with Talkies Network?

Nick Poulimenakos (NP): All of us had a passion for film in general. We’d talk about wanting to do something with that passion but you know, school keeps you pretty busy as it is. Then I started a blog called “Nick’s Cinematic World” which I used to write movie reviews and editorials. Kind of a stress relief thing above all. It wasn’t until February 2017 where all three of us really got together and said “you know what, let’s just do this. Let’s put our love for movies and TV to good use.” And so, “Nick’s Cinematic World” was shut down and we started “Talkies.” For a while, we decided to still only focus on opinion-related stuff like reviews and editorials. I was the one that started covering news because it was much easier to upload and we could do a lot of it. JJ and Artur followed soon after and that’s what led us to today.

Q: How was the transition from a simple “fireside” chat on all things pop-culture into something potentially much larger, and to a larger audience?

NP: The transition wasn’t bad actually. It pretty much went from a hobby to something we started taking a bit more seriously. What started out as “ooh, this could be a fun Top 10 to do,” or, “we all just saw this movie so let’s write about it,” to actually discussing when things so should go up, how to capitalize on what’s popular right now and more. We became more serious about uploading when we saw the kind of views we were getting. We wanted more. We started legitimately advertising our content on every social media platform possible, especially Reddit. Before we would just upload whenever we wanted because none of us saw this as anything. Now, we get together and coordinate what we’re seeing and when. Like, one of us will watch Stranger Things 2 while the other will watch the upcoming Punisher series so that we can get two reviews out instead of one.

Q: What are your future aspirations for “Talkies Network”?

NP: Future aspirations? We got a few… One of them is to become a production company. We’ve uploaded several gaming videos to YouTube over the course of the year along with podcasts but have recently taken a break from it. We’d like to get into scripted content for the channel and maybe make a movie one day. As for the site itself, I’d personally like to see it grow into a real Hollywood news outlet. One that gets invited to press junkets and gets early access to films (for example). JJ would definitely like to write comics one day. He’s a gifted artist and writer. Artur as well has a real knack for writing. There’s so many potential avenues we see this leading to. One day, we’re going make a movie. I don’t know what it’s going to be about yet but the three of us are going produce, write, and direct it.

Q: How has the viewership been since you’ve started?

NP: Our highest viewed article got around 47,500 views. It was our first time breaking news. The director of Star Wars: The Last Jedi had announced that post production for the film had finished and we were the first to cover it. Since February 2017, we’ve amassed 146,000 views with around 125,500 visitors to the site from around the world.