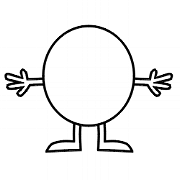 Supporting characters are making a comeback

If you own a TV or a laptop (or a smartphone or tablet, etc.), then I’m sure you must have had an intimate encounter with Netflix typically in the form of “Netflix and Chill” sessions as they are colloquially called. If so, then you must have also heard of Netflix’s two breakout TV shows: Stranger Things (2016) and 13 Reasons Why (2017). You may think these two shows are connected just because they’ve catapulted Netflix’s reputation into another universe (the upside down possibly). Well, think again. Surprisingly, both massive hits also sport supporting characters that succumb to an untimely demise. What’s interesting is that both these characters, Jeff and Barb, have garnered internet fame posthumously with graphically emotional memes protesting the injustice of their deaths.

Let me backtrack a bit. Weren’t supporting characters those forgettable faces that were literally the writer’s spare tools, only to be used when needed? I remember the days nobody cared about the protagonist’s best friend: the one who always provided sound advice and never lived any life of their own. I remember the days supporting characters were referred to as, “That girl/guy. You know, the one who just parties or is there to make the protagonist look good.”

Well, those days are gone. Now, supporting characters get eulogies and internet memorials. What happened? Why are Barb and Jeff igniting an internet outcry with millions of voices banding together to demand #justiceforbarb and #jeffatkinsdeservedbetter?

First off, Barb and Jeff are really just two plot devices written for the sole purpose of dying. In other words, they’re cardboard flat characters. They were not written to explore the complexity of the human mind. They were there just to die. The writers couldn’t care less about those characters. They were there to drive the plot forward. So, how did these flat characters who were not supposed to incite any emotional investment become a massive internet phenomenon (debatably propelling the Netflix show into further fame and fortune)? How did the viewers start to care more about these one-dimensional characters than the writers did?

One reason could be that they died young. Barbara and Jeff both play the “I’m-the-best-friend-here-only-to-guide-the-leading-lady/man-in-the-right-direction.” In Barbara’s case, she was there to tell Nancy that Steve is an asshole boyfriend who doesn’t deserve her. Whereas in Jeff’s case, he was there to push Clay to tell Hannah he loves her. Both characters tell us something important about the protagonists (Nancy is with Steve for shallow reasons, and Clay needs to find some guts and tell Hannah he loves her). But what do we know about Barbara and Jeff’s desires and dreams besides Barbara wanting the best for her friend and Jeff wanting to pass math? Nothing really. Except that they both end up dead. Why? Because they’re supposed to represent the teen-dying-too-young trope. Their characters weren’t given a chance for complexity, because they died too young. We never got to discover them and that could be what the internet is grieving over. But whatever the reason may be for this internet trend, we have to wonder what this internet phenomenon is saying about our post-modern society.

I think this sudden emotional interest in supporting characters is working toward the integrity of a narrative. In our own life we often see people as supporting characters. The people we meet on the street, subway, bus, lift, etc., don’t appear to be as complex and profound as we are. But their lives do matter just as much as ours. They shouldn’t be ignored or overlooked. This overwhelming attention that Jeff and Barb are receiving is a progressive step forward for our generation. We are recognizing that our stories should start to reflect our lives, because people who may be the supporting characters in our lives are actually the protagonists in their own lives. What that means is that their deaths, and their lives matter.

So, Jeff and Barb are mirroring a very hopeful societal paradigm that we will not only start to perceive our real life supporting characters as integral to the narrative, but also begin to perceive the people in our real life who we ignore or dismiss as flat as being complex and well-rounded like we are. It’s time to live by the mantra, “All characters are round.” And, by virtue of that, “All people are round.”