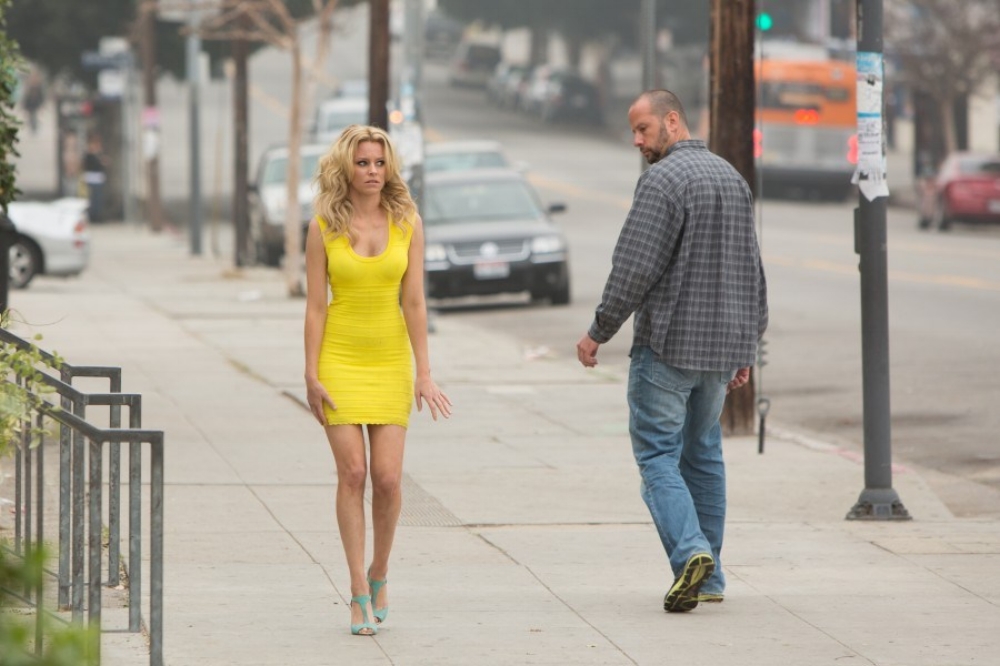 A retrospective examination of the controversial 2014 film

As it turns out, I’m not the only one who has strong feelings about the movie Walk of Shame. I thought that perhaps, before starting on this article, I should look at what some of the reviews were like, and this tidbit caught my eye: “Watching the redoubtable Elizabeth Banks try to breathe life into the stillborn farce Walk of Shame is like watching a team of paramedics perform CPR on the corpse of Ulysses S. Grant.” I know it might seem a bit redundant to write an article about how bad a movie is when it seems as though others have fully covered that ground, but I want to be clear that there are two separate points here: A) This is a bad movie in the most typical sense of the word — poorly made, uninspired writing, etc.; and B) its central premise is disturbing and utterly unfunny. This second point is what I think is particularly worthy of mention.

First though, what is the movie actually about? Elizabeth Banks of Hunger Games and Zack and Miri Make a Porno fame stars as a high energy news anchor in L.A. trying to get her next break. (Insert dysfunctional series of events here) leads to Banks’ character ending up out partying with her friends, and eventually in the company of James Marsden, who plays the role of stupidly handsome, post-modern poet. All seems to be going well until it turns out she is being offered a very prestigious new position and needs to appear on the air that morning. And, surprise! She accidentally gets locked out of Marsden’s apartment while he slumbers angelically upstairs.

Up until this point, the movie is a classic; hardworking but often overlooked woman takes an opportunity to have fun and quickly regrets it. Going forward though, we are treated to a theme that isn’t usually so blatant; women who wear certain kinds of clothes are either sluts or sex workers, and further, that sluts and sex workers are undeserving of assistance, safety, or any sort of human regard. Banks made the mistake of daring to wear a tight, bright yellow dress out of the house that night and there is not a minute of the movie after this point that is not centered on what she is wearing and how that means she ought to be treated. She is chased, attacked, ridiculed, and reviled by a variety of people for the rest of the night as she tries desperately to find shelter, food, and help. One of my personal favorites of these situations are the two policemen who push her back out onto the street as she cries out for help because they are so certain she is a prostitute veering out of her lane. She is kicked off a bus, asked by a 12-year-old to “show him her boobs,” and called a witch by a group of rabbis.

These sorts of situations aren’t unlikely. These are things that happen. From school dress code incidents to southern Senators, it is a common theme in our culture that the dangerous and harmful things that happen to women happen because of what they wear.

What really drives the nail home in this movie though, is that this is all supposed to be funny. It is supposed to be gut-bustingly hilarious that this grown woman almost dies, has to grovel and prostrate herself to get someone, anyone, to help her. The joke here is supposed to be that no one knows that she’s really an upstanding citizen — a good woman who wears different clothes who people would want to assist, not a bad woman who should be punished and shunned. If only they knew!

As if the title didn’t give it away, Walk of Shame is a messed up mistake of a movie. It makes it perfectly clear to the girls and women watching it that if they don’t get in line and fly right, they too could end up like Banks, wandering the streets of L.A. asking someone, anyone, to believe she isn’t a prostitute and help her get home. The message that this is a spectacle to laugh at is alienating beyond belief, and it paves the way for the Weinstein’s and the C.K.’s of this world. What we as a culture accept as funny matters. Because the people who aren’t laughing are the people who know it could happen to them.

Zoë Paddock is a recent New College graduate. She studied Sociology and Philosophy and now splits her time equally between working in a women’s shelter and panicking about what to do with her life.