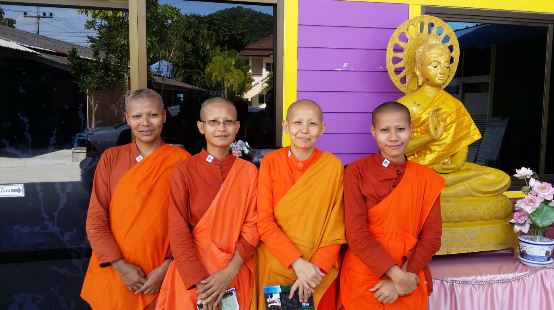 Reconciling the patriarchy of the Council of Elders

When discussing matters on religion, it is important to not generalize or paint an entire religion with one brush. This is because the traditions and customs of the societies in which religions are practiced affect how the religions operate and what values are instilled throughout the religion. This fact is evident in the Buddhist sangha (monastic community) in Thailand, whose guidelines for initiation sometimes conflict with the Buddha’s teaching due to patriarchal views in Thai society. The Buddha’s teachings reveal that men and women are equal in their ability to become ordained, practice the dharma, and attain enlightenment. However, as cultural beliefs and practices can often influence the way doctrine is implemented, The Council of Elders, the Buddhist authority in Thailand, reject women’s ability join the Buddhist sangha.

The Council of Elders was established in the early 1900s through the Characteristics of Saṅgha Administration Act (1901), and continues to be the undisputed authority of Buddhism in Thailand that upholds the patriarchal guidelines for ordination from the early 1900s. Up until 2014, women in Thailand were not allowed to become ordained as bhikkunis (nuns) and had to travel to Sri Lanka in order to receive a legitimate ordination. In 2014, a ground-breaking bhikkuni ordination was executed which successfully ordained eight Thai bhikkunis. However, The Council of Elders rejected the legitimacy of the ordination of these bhikkunis under the Sangha Act (1901) and continues to refuse their entrance into the Thai sangha.

Even though bhikkunis continually face this invalidation by The Council of Elders, there is growing acknowledgement of this discrimination and growing social support for bhikkunis in Thailand. On a trip to Bangkok last year, I witnessed an institution put in place for social protection of bhikkunis and women. I visited a nunnery that provides formal dharma education to bhikkunis, implements equality in the sangha that the Buddha taught, and provides accommodation and support for women subjected to domestic violence. It is a breathtaking place with multiple buildings for different subjects of teaching. The nunnery encapsulated serenity in the middle of the busy streets of Bangkok through ponds, lily pads, enormous weeping willow trees, grand monuments, and an endless amount of sunshine. Although currently The Council of Elders do not recognize bhikkuni ordination, there are ways in which bhikkunis and the ordination of bhikkunis are moving forward and flourishing, creating a brighter future for women in Thai Buddhism.