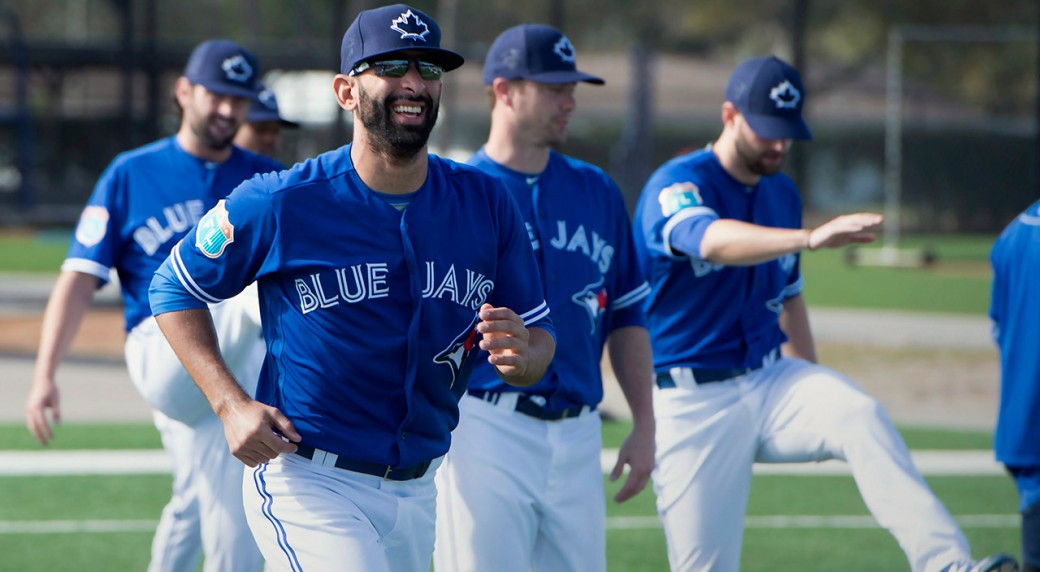 Taking in the state of the Jays

Spring training is in full swing down in Florida. The Toronto Blue Jays have already notched a few exhibition games to test out the new bats and work in the gloves. With baseball season just around the corner, let’s take in the Jays’ new roster and assess how they’re looking for opening day.

Let’s start out with the most obvious players in the opening day rotation. Third base is going to be former AL MVP Josh Donaldson. Last seen working through a calf injury in Vegas, Donaldson and short stop Troy Tulowitzki are locks on the left side of the infield. Catching, of course, will be Russell Martin, who recently tried out for Team Canada as a short stop at the World Baseball classic but was forced out because the team couldn’t insure him (which sounds worse than it is, but don’t worry). Finally, returning outfielders will be Kevin Pillar in centre, and hometown favourite, Jose Bautista, playing with a larger-than-usual chip on his shoulder from a frustrating offseason and late signing by the Jays.

Another likely starter will be designated hitter and Edwin Encarnacion replacement, Kendrys Morales. Morales was a bit of a panic signing by the Jays this offseason. After Edwin rejected the Jays’ preliminary offer, the Jays needed a quality bat in the rotation and didn’t want to miss the chance at Morales. Morales hit 30 homers, 93 RBIs, and had a slash line of .263/.327/.468 last season — a dip across the board from Edwin’s numbers last year, but he is still a quality pick-up with a World Series ring to boot. The bigger problem with Morales is how he limits Gibbons’ ability to give guys lighter workloads. Morales is a strictly DH player, whereas by the end of last season, Edwin was playing regularly at first base, giving guys days off at DH later in the year. With Morales, you’ll want his bat in the lineup most games, meaning older players like Bautista will get full rest days over DH breaks.

Which leads to the glaring hole in the Jays’ field — first base. The Jays’ probable first baseman will be perennial disappointment Justin Smoak. Anecdotally, it seems like every time I see this guy in an important at-bat he either skies out to right, or just strikes out to make it easier on the fielders. But, as Blue Jays’ President of Baseball Operations Mark Shapiro said, “We’re probably our best if Smoak plays every day.” Let’s hope he knows something we don’t.

As for second base, that’ll hopefully go to a healthy Devon Travis, who’s shown a lot of potential in the time he’s played between injuries. Darwin Barney will probably serve as a relief infielder throughout the season: he has proven himself a versatile infielder capable in all corners. Likewise, leftfield will be handled by a squad of Carrera and Upton Jr. But there’s definitely room for surprises there; whether it be hometown boy Dalton Pompey or otherwise, it’s a spot to keep an eye on.

Finally, the pitchers. For opening day, I’m thinking the Jays ought to go with break out ace —  thankfully, no longer on an inning limit — Aaron Sanchez. Sanchez had quite a year in his first full season as a starter, making an all-star appearance and multiple playoff starts. If all goes well, we’ll hopefully see Mexico’s athlete of the year, sporting new orthodontic gear (making me more aware that we’re the same age and he has been a major league closer for three seasons), Roberto Osuna.