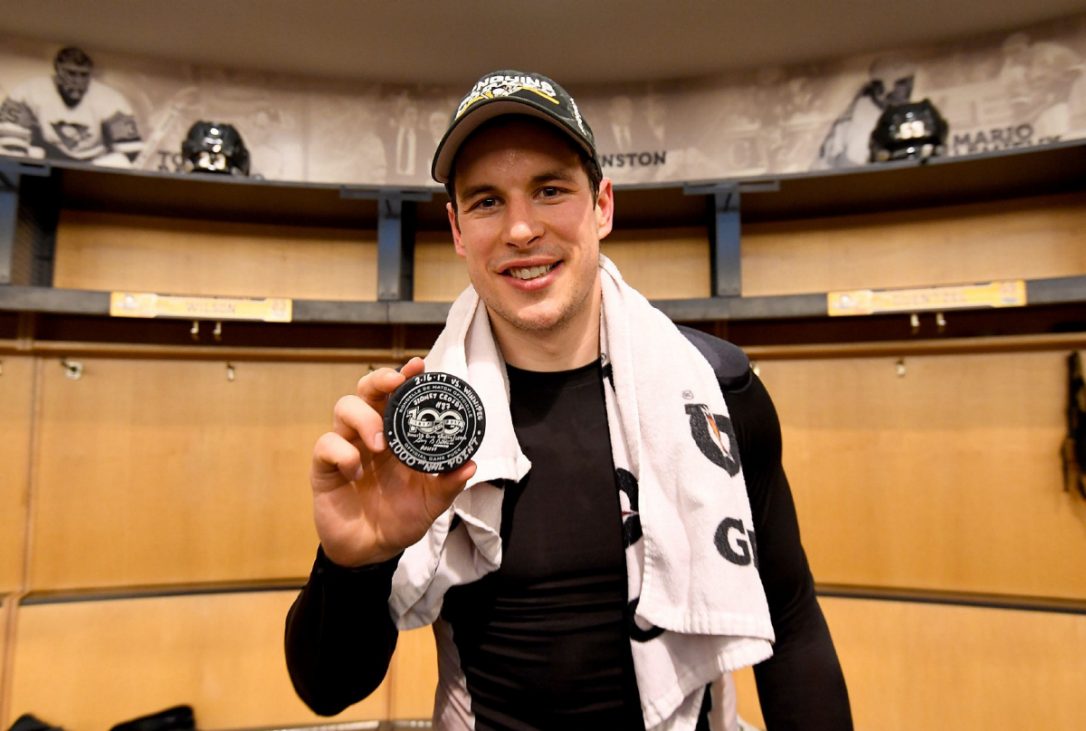 Greatness is not easily achieved — many are good but few are great. In hockey, there have been many, many good players throughout history but a much smaller proportion of players would be included in the elusive category of greatness. When you discuss great players in hockey, there are several names which always seem to come up. There’s Gretzky, Lemieux, Howe, and Orr, among others. However, we don’t often think of current players as being in the same league with the hockey heroes of old. Sidney Crosby may be the one clear exception, and with his recent accomplishment of 1000 points, there’s no better time to reflect on why.

What makes Crosby exceptional is not that he is an exceptional stick handler, nor that he is the best goal scorer in the league; rather, he is exceptional because he is elite in every aspect of the game. He has the rare ability to make the players around him better, is extremely hard working, and is passionate about the game of hockey.

To understand how Crosby can be compared with old legends, we need to look back at his career. Sidney Crosby was drafted by the Pittsburgh Penguins’ first overall in the 2005 NHL Entry Draft. Since then, Crosby and the teams he’s played for have had unprecedented success at not only the NHL stage, but also on the world stage. The ability to succeed in a team setting compared to just individually is an important distinction. It is not the ability to score 1000 points that qualifies you as a great player, you also need to have success with the team you’re playing for; in other words, you need to win championships. This is what distinguishes Crosby from other highly skilled players like Alex Ovechkin. Though Ovechkin has a similar point total to Crosby, he has come nowhere close to the amount of success Crosby has helped his teams to achieve.

Over his career, Crosby has won two Stanley Cups, been an NHL all-star six times, World Junior gold medalist, two-time Olympic gold medalist, World Championship gold medalist, and a gold medalist in the recent World Cup of Hockey. When Crosby first won the Cup in 2009 he became, at 21, the youngest captain to ever lead his team to the ultimate prize in hockey.

Another incredible feature of Crosby’s career is his ability to overcome. Crosby has had an intimate relationship with concussions and neck injuries throughout his career. In 2011, he received a nasty hit to the head in the Winter Classic versus Washington, and five days later he was run into the board by a Tampa Bay Lightning defenseman, ultimately ending his season. It took Crosby two years to fully recover from that concussion. That wasn’t the end – Crosby also received a concussion at the beginning of this season and was out until October 25. However, since then, Crosby has been on a tear: he leads the league in scoring, and is top five in points.

At the beginning of this article I listed some of the greatest players to ever play the game of hockey, and Crosby without a doubt should be added to that list. Perhaps the most impressive part of that statement is that he can be included on this exclusive list at 29, long before his career is even over.