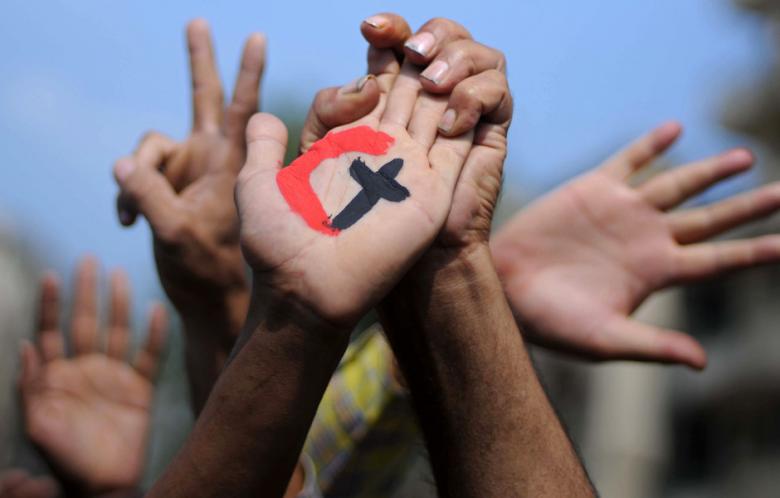 Finding love amidst the chaos of anger

Around Christmas time, my mother always let us put the tree up and decorate it, and we would keep it up until Eid. On the 25th, my dad’s best friend would always have a Christmas feast where we would all exchange gifts. On the 7th, I would call my friends to tell them Merry Christmas. On the morning of Eid, we would go to prayer, then my family would gather around the tree and open gifts.

Later in the year, the entire family, comprised of my parents’ best friends and their children, would celebrate the beginning of spring on what I always deemed as my favorite holiday: Easter. On Sunday night, we would colour the eggs, and the next morning, on Monday, we would have a great and elaborate breakfast by the beach, followed by a massive Easter bunny scavenger hunt.

During the month of Ramadan, we broke our fast at a different home almost every evening, celebrating together. Often, the hosts themselves wouldn’t be fasting. At the end of the month, we all would gather again, over food, and exchange exquisite pastries.

And so the year went, whichever holiday it was, we would gather, all of us, to celebrate — and, of course, eat.

I grew up in a society where people were divided into two distinct groups: the Muslims and the Christians. My parents’ Identity Cards read “Muslim,” while their best friends’ read “Christian.” In school, we were all in the same classroom the entire day, unless it was religion, when some people had to leave because their lessons were in a different room. That was as far as our differences went. Our God was the same, our country was the same, and our families were one.

As the years passed by, I became increasingly aware of the limitations that these two religious affiliations put on us. My best friends fell in love and started dating, but soon the joy was substituted with utter despair as their religions became a barrier to their love. I started hearing about churches being burnt down, or people being killed because they were at the wrong neighbourhood and their name or ID gave them away. Politicians kept emphasizing the struggle of the Christian minority in Egypt. Extremism became more prominent in certain areas, and with the help of the media, served to spread fear as well as the illusion of an extreme divide.

One day, sitting around the table, on one of the aforementioned holidays, with family friends who were closer to me than my relatives, I expressed some of this frustration. My mother’s best friend looked at me and said, “Faith is not politics. It’s okay to be angry at those who kill others in the name of your God. But don’t let this anger blind you from all the love around you. God is in the heart.”

That day, I realized that I don’t believe in the names of religion; I simply don’t believe in organized religion. The table that we sit at every holiday is comprised of Coptic, Catholic, and Greek-Orthodox Christians, as well as Sunni Muslims. Yet, all I ever see is family. Our IDs may divide us into two, but all I see is one.