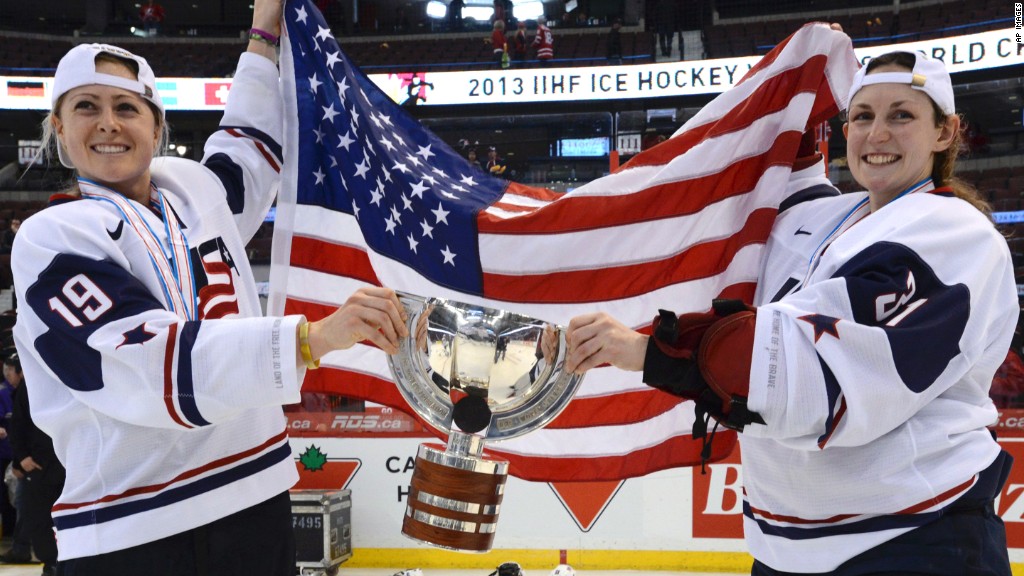 International women’s hockey is usually a battle of two teams: Canada and the United States. Only this year’s world championship is going to be missing the USA — at a tournament hosted by the USA. Their absence will leave a massive gap in the competition of the tournament. Why won’t they be there, you ask? The answer is because they are on strike due to inequality between USA Hockey’s treatment of their men’s and women’s international teams.

Compensation is a good place to begin to understand why this strike is necessary. Women on the USA national team get paid $1,000 per month during the six-month Olympic residency period. Outside of those six months, players receive no compensation for their time, meaning that for three and a half years, they aren’t getting paid. For comparison, the Canadian women’s national team receives $1,500 per month every month — except during their Olympic residency period, when the monthly compensation is increased.

However, the differences in treatment between the USA men and the USA women goes beyond just compensation. The men stay in nicer hotels and eat better food than the women.

After negotiations fell through between the team and USA Hockey, the team was forced to follow in the footsteps of the USA women’s soccer team, and strike. By striking, they are hoping to draw USA Hockey back to the table to discuss requests for greater compensation, more games in non-Olympic years (they only have nine), travel and relocation expenses, pregnancy benefits, and disability insurance.

However, they aren’t looking for million dollar salaries. As the team’s alternate captain Monique Lamoureux-Morando put it, “If you’re at the pinnacle of sport, you should be able to make a living wage doing it.”

Despite the necessity of striking to attain equal treatment from USA Hockey, the decision to not play in this year’s IIHF World Championship is particularly tough since the team has won the past three championships. “To voluntarily take ourselves out of the running is not easy, but it’s what’s right and we’re asking for what’s right and fair,” said forward Jocelyn Lamoureux-Davidson.

Fortunately for Canadian hockey fans, Hockey Canada currently has a good working relationship with their women’s national team. Nonetheless, Canada will certainly notice the absence of their greatest competitors at this year’s tournament. Canadian defenseman Lauriane Rogeau said, “It’s difficult to imagine, but we respect their decision.”

The life of a professional athlete consists of long days, hard work, and a drive to succeed. Women’s hockey is far from being an exception, and as professional athletes they deserve equal compensation and treatment as men’s teams. It is particularly upsetting that an otherwise reputable sports organization like USA Hockey gives preferential treatment to their men’s teams even though their women’s team often performs better on the international stage. As hockey fans, we should cheer for the USA women’s team in their battle with USA Hockey because wage inequality has no place in our sport.