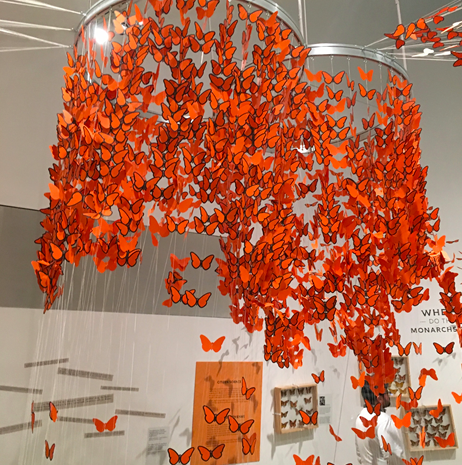 Wildlife photography at the ROM

The Royal Ontario Museum’s Wildlife Photography exhibit is an experience that would be beneficial for a variety of accomplished and amateur photographers. The exhibit allows photographers to capture nature in both a skillful and holistic manner. Contents include photographs of striking animals, amusing insects, and serene landscapes. The competition, run by the Natural History Museum in London since 1984, continues to provide a platform for photographers to establish their images in an effort to raise awareness to preserve the natural world. One hundred works have been selected from 92 countries, where a series of six jurors have chosen two grand title winners. This year’s winners are Brent Stirton, Wildlife Photographer of 2017, and Daniel Nelson, Young Wildlife Photographer of 2017. Lewis Blackwell, Chair of the jury, explained, “What these images achieve is up to you. You may pick up a camera. You may travel. You may have a mission.” With this advice, I wandered through the exhibit and admired each image as a way to provide clarity in a world of obscurity.

When I first entered the exhibit, I was immediately captured by hundreds of paper monarchs dangling from ceiling strings. This interactive piece welcomes patrons to hang paper butterflies on a string as a contribution to the exhibit. The purpose is to raise awareness and learn more about the extinction and survival of monarchs. The orange and black paper kaleidoscope was a clever opening feature that engages visitors to further inquire and learn about the animals and insects photographed throughout the exhibit. As I hung my butterfly on the string, I couldn’t help but feel a sense of tranquil inclusivity as I pondered on the thought, “We are all little parts of this big world.”

The photographs depict the diversity of the natural world in an effort to further expand our understanding of the behaviours and stability of these wildlife and botanical elements. The coloured photographs create a vivacious and thrilling component to the exhibit, whereas the black and white photographs provide a more dramatic and sublime element. I was fascinated by the intensity of the animals’ gazes, as they stared right into the camera. It was as if they knew they were going to be observed by a viewer. There was a communal and even familial tone to certain images that captured groups of gorillas, birds, and wolves. As a counter point to the serene images, there were also photographs that captured the ferocity and primitiveness of the natural world. The mountainous landscapes provided a picturesque backdrop to an already captivating wildlife image. Altogether, the images were remarkably visceral.

Amongst the talent and excellence captured in each image, I most enjoyed the young wildlife photographers’ contributions to the exhibit. There are three age groups in this category: 10 years and under, 11 to 14 years old, and 15 to 17 years old. These images were not only evocative, but captured nature with a hint of humour and playfulness. Bears, bats, wolves, and birds stand still in moments of candid fierceness and affection from all over the world. Similar to the adult category, mountainous and aquatic backgrounds stand behind the featured animals. I was amazed by the skill and diligence used to capture such striking natural images. The meticulous camera shots in each candid state is another reason for the exhibit’s exquisite dedication to the natural world. The combination of coloured and black-and-white photography truly captured the diversity and excellence of such minute details, as no detail was spared. These photographs conclude the exhibit in a brilliant manner that truly demonstrate the clarity and sublime aesthetic of nature.