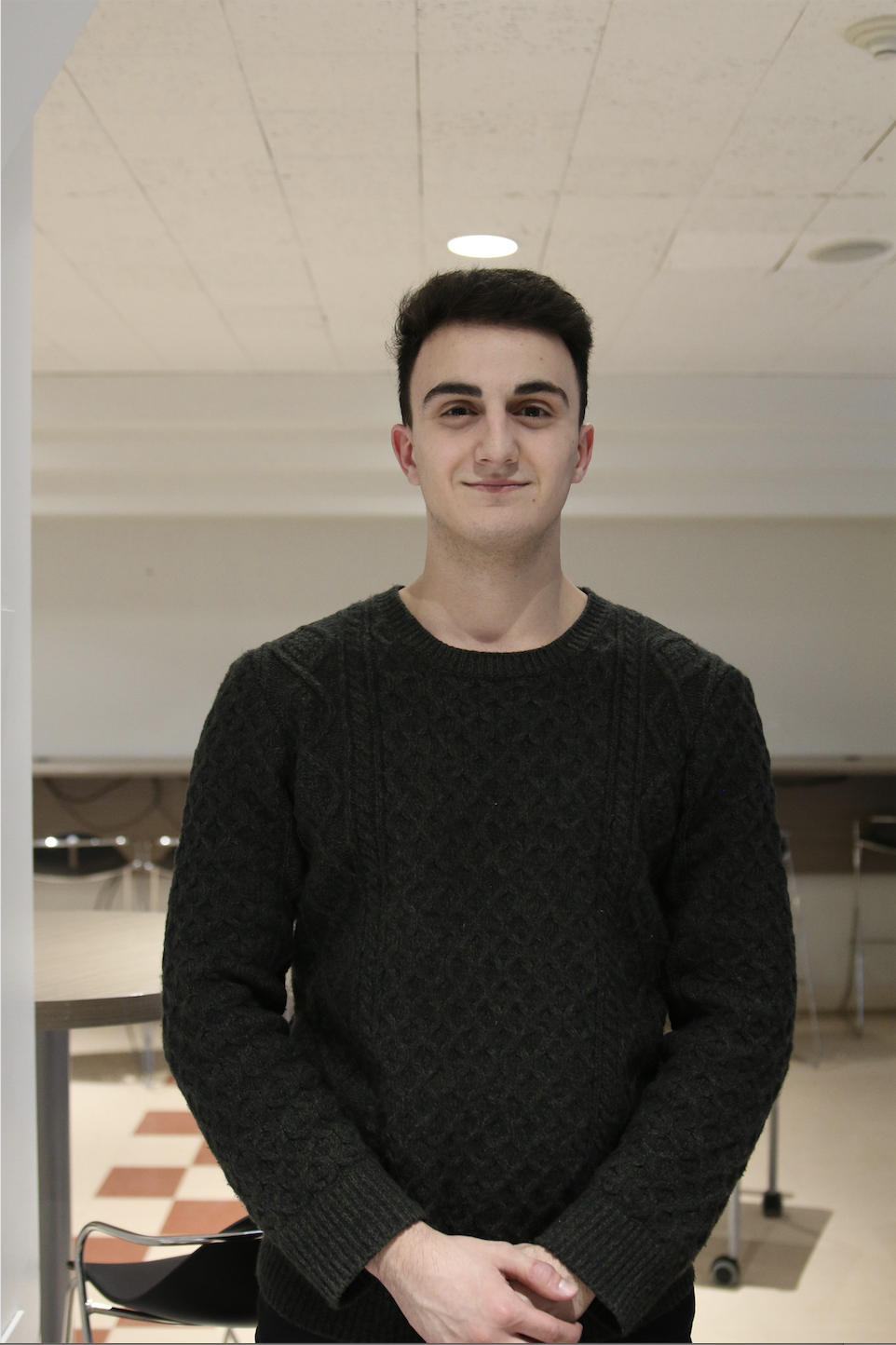 What are your career aspirations following university?

How have you contributed to the University of St. Michael’s College (USMC) community?

I was always an active community member in my high school — I served as Student Council President in grade 12. As soon as I got to university, I made a point of getting involved with St. Mike’s and its student culture. I began as a Commuter Ambassador under the supervision of the Commuter Dons, which helped me get my feet wet, as well as through simply meeting and interacting with my peers. I would later join the St. Michael’s College Student Union (SMCSU) as one of its three University of Toronto Student Union (UTSU) representatives. As a member of council, I feel like I learned a lot about myself, the path I was on, including potential forks in the road that I could explore. I am also currently a mentor under the University of St. Michael’s College Connect Mentorship program, and have been for two years now.

You’ve also started your own club. What is it about?

I am the founder and President of USMC’s first environmental club. Our mission and our vision is first to re-evaluate and address the way we look at environmental initiatives within our college and then to promote outreach throughout campus. We are just getting started, and many members of our executive team comprise of a core group of students who already make a plethora of contributions toward and within the USMC community. This semester, we will undertake many of the logistical challenges necessary in order to move the club forward in terms of educating students who are interested in our initiative, corresponding events within campus, as well as community cleans throughout the city.

What inspired you to start this club? And have you faced any difficulties in doing so thus far?

The preservation of our environment is very important to me, and I feel that it is something that is very important to many others as well. However, the most challenging question for most people concerns how they might better the environment without overly compromising their existing way of life. I believe that because of this hurdle, alongside the diversity of factors that play into people’s values and beliefs, it [has been] difficult to really jump start a club of this nature and get it off the ground and running.

What’s your favourite genre of music?