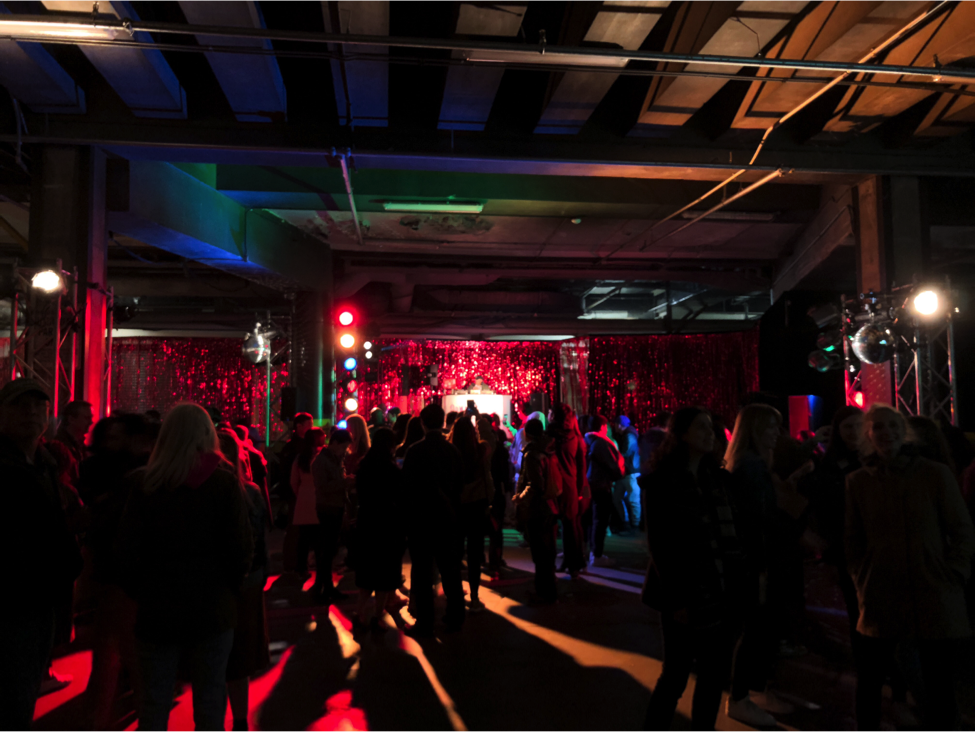 Exploring the relationship between art and storytelling at Nuit Blanche 2018

On September 29, as the sun set on the horizon and the majestic skyline lit its lights for the night, the busy city of Toronto transformed itself into a wall-less museum of stories. On this sleepless night, from sunset to sunrise, people from different walks of life explored the dark night and wound up mesmerized by the more than 75 art projects of the 2018 Nuit Blanche festival held concurrently in Scarborough and downtown Toronto. In its 12th year, Nuit Blanche showcased three special projects, 12 major institution art projects, and 37 independent projects. The three major city-produced exhibitions were “STYLL,” “Dream Time: We All Have Stories,” and “The things they carried,” curated by Alyssa Fearon, Karen Alexander, and Tairone Bastien, respectively.

Seeing the special project entitled “Do Angels Exist” by printmaker and sculptor Nadine Bariteau was definitely an ethereal experience. Sponsored by Vistaprint, this installation brought celestial elements of the natural world into the urban landscape of Toronto. Floating dragonfly wings and feathers were lit up with a deep blue tone. They danced with the midnight wind and illuminated the dark night. “Do Angels Exist” was Bariteau’s self-professed way of questioning the audience about “loss, grief, and regeneration” after losing her mother. What made this art project even more moving is how it materialized mental health issues that are relevant today. The blue glow of the wings reflected the sensitivity of the human heart and, at the same time, the expansiveness and freedom to express one’s emotions. I’d like to think that Bariteau herself was able to answer her own question, “Do Angels Exist?,” through her art. By turning her pain and sorrow into beautiful art, she was able to create a slice of heaven here on Earth.

Another art project that caught my attention was Harold Offeh’s “Down at the Twilight Zone” from the “Dream Time” exhibition — my best experience that night. Set in an underground and nightclub-like space, this project celebrated and revived the histories and stories of Toronto’s LGBTQ2S communities. As I made my way toward the disco lights and the electronic dance music playing, I was transfixed by the colourful posters hanging on the walls. Every poster had brief messages on pivotal events in the history of the LGBTQ2S community. Offeh utilized various forms of media such as music, performance, and video installations to underscore the vibrant narratives of the LGBTQ2S community. The concept of Offeh’s project evokes Marshall McLuhan’s saying, “The medium is the message,” because the underground location (the medium) of the project symbolizes how their stories were kept in secrecy. Meanwhile, the festive performances and the colourful lights present their optimistic and empowering attitudes in the face of resistance and repression. The stories of resilience resonated with me as I walked out of the underground tunnel. It reminded me of the strength of the city and the respect Toronto gives to the meaning of diversity.

I ended that night wonderstruck by the wall of traded jute sacks encircling Nathan Phillips Square. From the exhibit “Dream Time,” “Radical Histories, 2012–2018” by Ibrahim Mahama visualized ideas of production, trade, labour, and inequality. Inspired by immersing himself in the Ghanaian markets, the artist explained that his work “[tells] of the hands that lifted them and the products they held as they were carried between ports, warehouses, markets, and cities. They tell of the condition of the people who are trapped by those places, and the places themselves.” Mahama displayed the actual sacks used to export cocoa, coffee, and charcoal and made a patchwork of fabrics imprinted with messages of those who worked with him.  It was a giant patchwork of stories — rugged on the surface but transforming an ordinary experience to something extraordinary.

Storytelling is an art because it has the power to evoke emotions, bring people together, spark conversations, and widen one’s worldview. No matter who you are or where you are from, your stories deserve to be heard, shared, and felt by others. In the same way that these artists shared their stories through their art, we too are called to share ours. Who knows, we may be able to touch another person’s heart and inspire them to do just the same.